Reckonings, by definition, include some “avenging or punishing of past mistakes or misdeeds.” There is plenty of that going around during America’s overdue reckoning with our legacies of police brutality and racism.

Bosses are being removed from their exalted positions over allegations of fostering racist work environments. Police agencies are facing the repeal of policies that absurdly shield them from transparency and accountability. Major corporations are confronting long-standing deficiencies in representation among their leadership.

Hand in hand with the avenging spirit of this moment is a gentler notion that we need to be more empathetic as a nation, we need to train police to stop behaving like an occupying army in constant fear of the people,  and we need to arrest and imprison far fewer people in general.

Reckoning and reform don’t necessarily have to be in conflict, but in this current moment it seems as if they are. A zero tolerance posture, enforced with the severest measures available, is the order of the day. The focus seems to be titled towards the punishment part of the reckoning.

When the sanctions are the same for the abusive, racist boss as the young adult who tweeted racist garbage as a teen — the possibly permanent loss of livelihood and reputation — that part of the reckoning isn’t about reform, it’s about inflicting harsh punishment as a demonstration of newly-acquired power.

If there is no capacity for second chances — or even the space to hold disagreements — it will be all the more difficult for the country to go beyond the “avenging” stage of the reckoning and into a place where the desperately needed work of reform to make the US a less-carceral state can happen.

The caterer, the data analyst, the graphic designer

Majdi Wadi, a Palestinian immigrant and entrepreneur, is the CEO of the Minneapolis-based hummus-manufacturing company, Holy Land. He’s known to be a philanthropic pillar of the community and a promoter of Mideast peace efforts.

In the wake of Minneapolis police officer Derek Chauvin’s killing of George Floyd last month, racist and anti-Semitic tweets and Instagram posts by Wadi’s daughter, Lianne, were screengrabbed and posted online. One activist wrote on Facebook, “If ever a cancellation was needed it would be her and Holy Land.”

Lianne, now 23 and until recently Holy Land’s catering director, was between the ages of 14 and 16 when she posted some truly despicable words and ideas.

Within a day, Majdi fired his daughter, apologized to the community on behalf of his family and company, and pledged to make a large financial contribution to the cause of racial justice. For her part, Lianne posted a lengthy apology on Instagram where she acknowledged, “I was a teenager at the time (although my youth is not an excuse).”

The marketplace that houses Holy Land’s main store has cancelled its lease with the company, and a number of Midwest Costco stores and prominent food co-ops have dropped Holy Land products, according to Forward.

David Shor, a progressive election data analyst, earlier this month tweeted a link to a recent study by Omar Wasow, a Princeton University professor who happens to be Black.

Shor was accused of spreading anti-Black rhetoric and shifting the focus away from violent police during a week when peaceful protests were at times marred by unrelated property destruction. The left-of-center data analysis Listserv, “Progressphiles,” banned him from their community for his “racist” tweet. Facing an online backlash, Shor’s employer, Civis Analytics, fired him.

Sue Schafer, a middle-aged white woman who worked as a graphic designer, was unknown to the public at large until last week. The Washington Post, one of the most prestigious news outlets in the country, exhaustively outed her in a 3,000-word feature as having worn blackface to a Post cartoonist’s Halloween party in 2018.

Schaefer’s tasteless and ham-fisted costume was meant to mock Megyn Kelly — who had recently been fired for seeming to defend the use of blackface. Schaefer’s black makeup inspired rebukes from the cab driver who took her to the party, from the party’s co-host who reportedly told her to “wash that off or go,” and from guests of the party who mocked her to her face. Schaefer apologized to the party’s host the next day.

Nearly two years later, one of the guests at that 2018 party tipped the Post off about Schaefer’s insensitive costume. This set the paper, armed with considerable resources, on a mission to tell this story, apparently in the public interest.

Unsurprisingly, Schaefer lost her job after telling her employer about the story’s imminent publication.

New York magazine’s Olivia Nuzzi and Josh Barro investigated the Post’s reporting of the story and found that the paper violated its own “editorial standard about relevance,” and would only issue a statement about its decision-making process through a spokesman.

No one in editorial leadership would comment to New York, but several Post employees said they couldn’t understand why the story had been pursued at all. Notably, neither of the story’s bylined authors promoted it on social media.

All three of these “cancelled” individuals were not public figures. None held any institutional power. But they faced the same consequences as some of the abusive bosses and bad cops who’ve faced their own reckonings.

One of the primary tenets of criminal justice reform holds that people can change and are not defined by who they were, but who they are.

A teenager who commits a violent robbery should be able to have an adulthood without continuing to pay a debt — in the form of social shame and limited career prospects — for the rest of their life.

That same principle, in theory, should hold for the adult who as a teenager posted inexcusably racist garbage on the internet, or the adult who was met with universal opprobrium for an offensive Halloween costume.

Shame can be an effective punishment, and also a deterrent to others. Instant and permanent cancellation, however, is not dissimilar to mandatory minimum sentencing, it removes all nuance and discretion from the equation, and treats the offender as un-rehabilitable. It replaces one form of maximalism for another.

This is not to say that people who don’t grow from being called out, people who break the law, or people who are in positions of power and have abused that power should not be held to account. In those instances there is a much steeper path to rehabilitation than for private individuals who make mistakes — or offend people by crossing boundaries that may or may not be reasonable — like the ones I mentioned above.

But permanently damaging the livelihoods of a family-owned hummus company, a liberal data analyst, and an erstwhile anonymous graphic designer didn’t move the needle toward eradicating racism and creating a more just world.

It showed that in the name of social justice, there can be no mercy for past transgressions, no matter how old or inconsequential. In Shor’s case, that there was a transgression at all requires the belief that sharing data which runs counter to the prevailing political orthodoxy can and should cost you your job.

We need to resist the urge to lock up, to exile, to permanently shun. If there’s no space for empathy and forgiveness, fear of the consequences for non-compliance can be instilled — but no real learning will take place. That will instead leave space for mistrust and resentment, and keep the pendulum swinging between cultural backlashes.

It takes strength to forgive, it only takes power to punish.

7 ways cybercrime is evolving amid the coronavirus pandemic

Sat Jun 27 , 2020
For many cybercriminals, the global coronavirus pandemic has been a golden opportunity for fraud. And we haven’t even seen the worst of it yet. Scammers love crises. From the criminal’s perspective, few things are better for cultivating new victims than a natural disaster or a social crisis. Why? Because scams […] 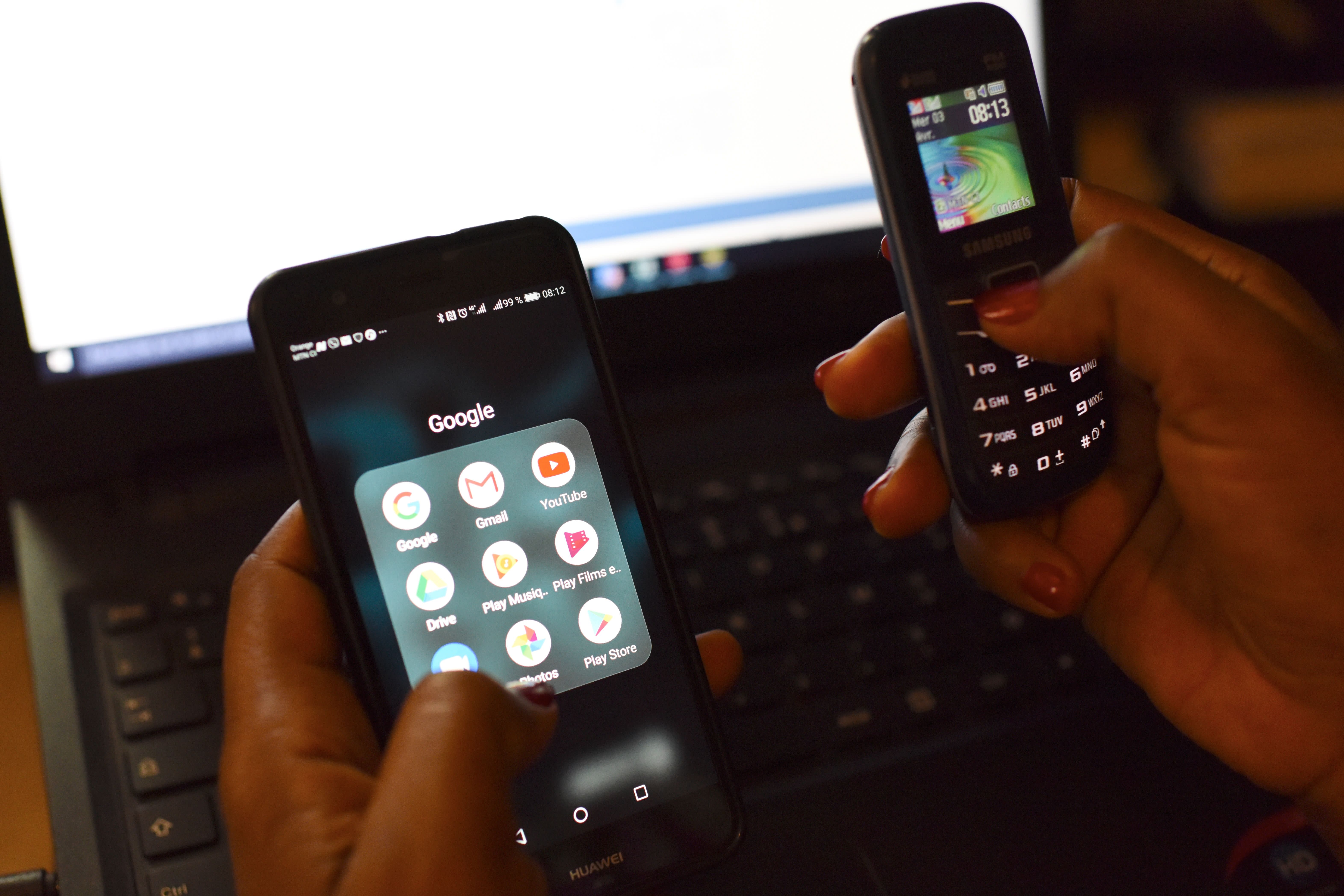