As the star of the AMC supernatural series NOS4A2, Zachary Quinto relishes in playing Charlie Manx, who feeds off the souls of children. Season 1 saw the introduction of the evil and immortal character, who was eventually put into a coma by Vic McQueen (Ashleigh Cummings).

Now halfway through its second season, which picks up eight years after the events of the first, the series sees Manx continuing his reign of terror over Vic as he sets his sights on her 8-year-old son, Wayne. For Quinto, returning for season 2 was a welcome opportunity to further explore Manx’s past and expand the character’s story.

“That was something that really appealed to me and felt like a nice, new way of approaching the story. And I think it will give audiences a lot to look forward to and lots to plug into,” he says of the new episodes, which pull from Joe Hill’s novel as well as the comic book series Wraith: Welcome to Christmasland. “It’s always interesting when you can know why someone as evil as Charlie Manx got that way.”

This season also explores Manx’s relationship with his Rolls-Royce, which he uses to take kidnapped children to Christmasland and has earned him the nickname Wraith. “It is a character in its own way,” Quinto says of the vehicle. “It really has a presence of its own; it can be temperamental… The opportunity that I had to interact with the car and use the car, that was a really cool part of the experience for me.”

And with Wayne finally in his clutches, Quinto teases that the rest of the season is going to be about whether or not Vic can finally put a stop to Manx as the power dynamics shift and “the tables turn a little bit.”

Before the second half of season 2 kicks off on Sunday, Quinto as well as Hill and showrunner Jami O’Brien will come together for a virtual panel during Comic-Con on Saturday, July 25 to discuss NOS4A2. Amid the coronavirus pandemic, the annual event will be presented entirely online for the first time.

As a staple of Comic-Con — thanks to Star Trek and Heroes — Quinto is familiar with the kind of energy and excitement that typically imbues the convention and is saddened by the fact that they all can’t gather in person.

“It’s a very different world that we live in right now. And I think everybody is aware of that. In many ways, it’s sad. There’s so much uncertainty,” he says. “So I feel like the fact that Comic-Con is happening at all is a real testament to the spirit of the promoters of the event but also the people who make it so popular and the fans’ enthusiasm. The fandom can’t be interrupted even in extraordinary times.”

Quinto continues by acknowledging that everyone will feel the absence of people dressing up and the experience of going out onto the main floor. “But I think it’s great that it’s still existing in some form,” he says. “I consider this a kind of placeholder. We can look at a lot of different experiences this year and we’ll look back on them as placeholders for a time when we’re actually able to congregate and celebrate together in person again.”

In the meantime, the actor thinks now is an important time to take a step back and reflect on what’s going on and look at how we can all move forward. “What can we do with it? How can we make the most of it?” he asks. “The effort to bring Comic-Con online is certainly an example of real ingenuity and passion and excitement for telling stories.”

[email protected]: All of This Year’s Must-See Movie and TV Panels

EXCLUSIVE: Zachary Quinto on the Legacy of ‘Star Trek’

Meet 5 Dads Who Have Upped Their TikTok Game Amid Coronavirus

Thu Jul 23 , 2020
With families around the world staying home amid coronavirus, more and more parents are becoming breakout stars on TikTok as the video-sharing app continues to grow in popularity. But while there are, of course, plenty of TikTok moms who deserve recognition — like the mom with the stereotypical Jersey accent […] 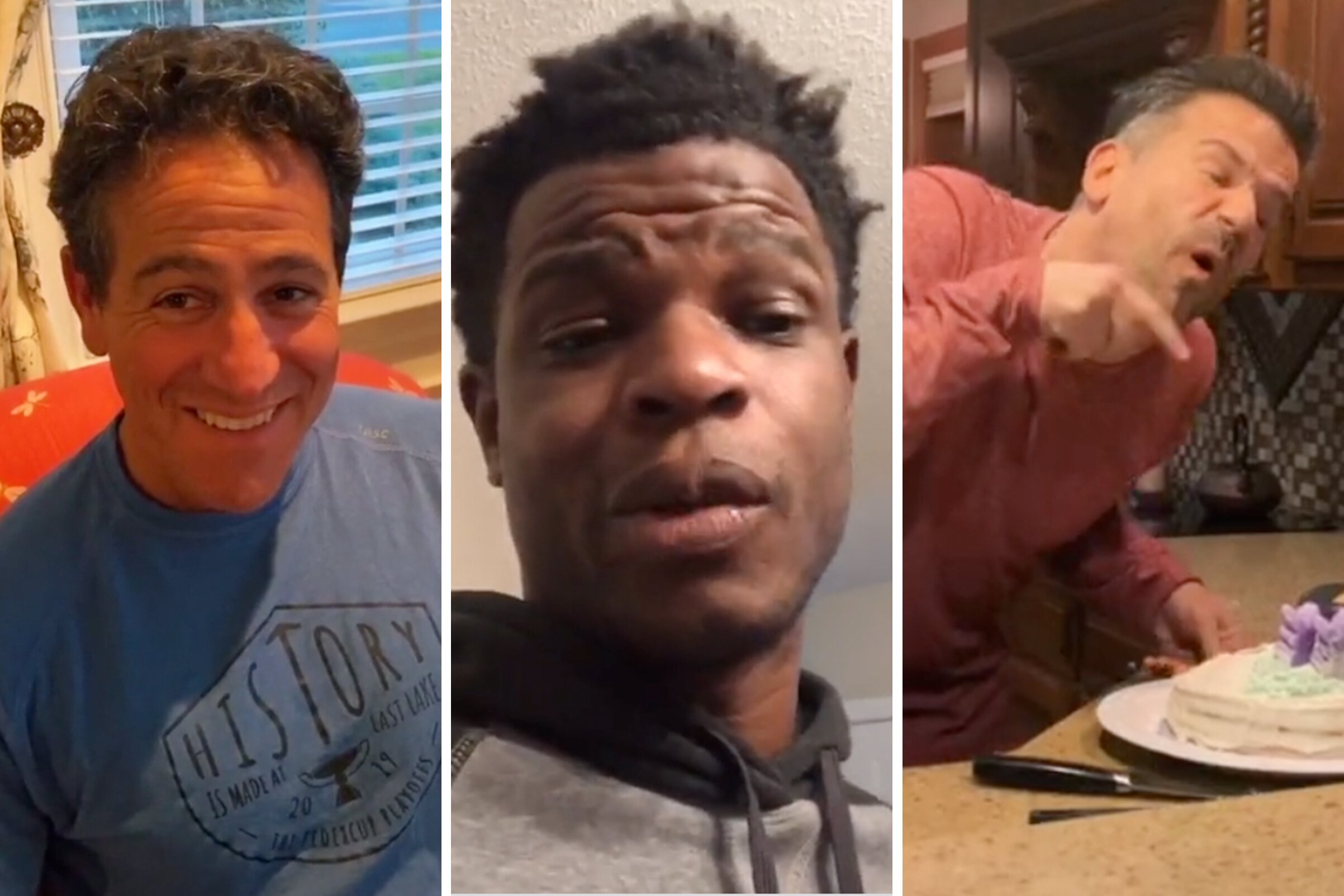