The novel coronavirus has shattered education in America, leaving millions of parents struggling to cope with childcare and remote classes. Naturally, tech billionaires have taken it upon themselves to fill the void.

But while Facebook’s Mark Zuckerberg pledged $6 million to education projects, and Twitter CEO Jack Dorsey gave $10 million to provide devices and connectivity to students in California, Elon Musk is helping launch an online school targeted at the relatively wealthy.

The online Astra Nova School, which is slated to open its virtual doors in September, would succeed an ultra-exclusive school that operated out of Musk’s SpaceX rocket factory until recently and had many of the same staff. It’s a model experts on the intersection of education and inequality said was not exactly in keeping with the most urgent needs of this pandemic moment.

Starting in 2016, Ad Astra educated a small group of children, including Elon Musk’s own offspring and those of some SpaceX employees, free of charge. Drawing on Musk’s interests, the innovative curriculum had no language, music, or sports lessons, but students would work on complex projects, such as building battling robots, discussing nuclear politics, and planning how to defeat evil AIs.

The last time Ad Astra made room for gifted students outside Musk’s circle, over 400 families applied. In the case of Astro Nova, “kind, motivated and academically serious” children anywhere in the world (8 to 14 years old) can shoot for a spot at the experimental online school, according to its public website.

The catch? One day a week of online lessons will cost parents a hefty $7,500.

This Giant Monument to Elon Musk Has Tulsa Residents Furious

The Daily Beast used business filings to identify the new school, which was incorporated by the head of Musk’s family office, Jared Birchall. Birchall has managed many of Musk’s newer businesses, including The Boring Company, which is building transportation tunnels in Las Vegas, and brain-interface start-up Neuralink. Birchall could not be reached for comment, and requests for comment to Musk-led businesses SpaceX and Tesla went unanswered.

Astra Nova’s principal, Joshua Dahn, told The Daily Beast that Musk is not involved in managing the new venture, but confirmed his primordial role. “Elon helped with an initial donation and some basic administrative assistance to get Astra Nova started,” he wrote. “But Elon has no financial interest in the school and no kids at the school.”

In any case, Musk’s interests are still very much visible in Astra Nova’s curriculum. Children as young as 8 might study bioethics or 3D printing in the morning, followed by rocketry, law, or virtual reality in the afternoon. A key course involves collaborative problem solving using in-depth games and simulations.

But education experts said that Musk—an internet troll who recently won a fresh wave of notoriety for plowing ahead with reopening a Tesla plant in California, effectively forcing the local government to cave to his will despite credible fears of COVID infection—has missed an opportunity to help historically disadvantaged communities. (His own behavior raises the question of why parents would want him or his ideas involved in their kids’ lives in the first place.)

“It’s just another example of the wealthy being able to offer things to their children that communities of less means don’t have access to,” said Julian Vasquez Heilig, Dean of the University of Kentucky College of Education. “The Oakland school district is desperate for this kind of investment for students of color, but instead he’s providing access primarily to folks that can afford it.”

“What the COVID environment has taught us is that not everybody has equal access to education,” added Nancy Hertzog, an educational psychology professor at University of Washington and an expert in gifted education. “Every school district is doing their best, but my colleagues around the country are saying that hardware and computers and connectivity can be a problem.”

The admissions process at the new school appears to involve students watching a short video depicting industrial pollution and deciding who is to blame for it. There is no right or wrong answer, according to the Astra Nova website, which wants to hear how the children think through ethical dilemmas.

The school is also planning full-time tuition beginning September 2021. To earn a place there, children must write essays about their passions, and complete one of five challenges. These include designing and filling a virtual art gallery, choosing the best astronauts for the first mission to Mars, or mastering a difficult strategy game designed by Astra Nova.

The original Ad Astra School was a non-profit 501c(3) completely free to students, with Musk personally picking up the entire tab. In contrast, Astra Nova has been incorporated as a traditional for-profit business, according to a filing with the California Secretary of State’s office. Dahn said that Astra Nova will be funded primarily by tuition from students, but that it would not aim to make a profit, and that fees would vary depending on wealth and income.

Even if they can afford it, the school could be challenging for many children, according to Hertzog. “You would need to have highly motivated learners who can manage hours of work online, and then do a lot of other work on their own later offline,” she told The Daily Beast. “It sounds almost like a college environment.”

“I don’t bemoan Elon Musk doing this kind of work,” added Vasquez Heilig. “I just wish he would have chosen instead to partner with Oakland or Alum Rock, a school district that serves low income students in Silicon Valley. There are a lot of equity concerns in the STEM field and he [had] a real opportunity to make what he was doing a public good, rather than a private good only certain people can access.”

If the school’s initial sales pitch is any indication, that seems unlikely to happen anytime soon.

Got a tip? Send it to The Daily Beast here

Sun Jul 5 , 2020
The recent recovery in stock markets has been at odds with economists maintaining a gloomier global economic outlook. The rally is largely driven by the optimism of economic recovery and a much stronger recovery in the technology sector. The S&P 500 information technology sector has returned about 10% in 2020, […] 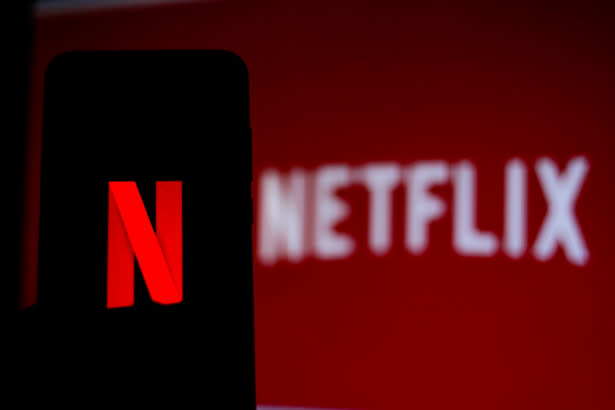