Before the coronavirus pandemic hit, I worked out a few times a week throughout New York City, pretty much always in a class setting. It was usually a 45-minute barre class at a studio just south of Central Park early in the week, then an intense rowing class on the Upper East Side on Wednesday or Thursday evenings, followed by another session at that same studio on a weekend morning.

As someone who hates exercise and could never find the willpower to do intense workouts individually, classes were an important part of my routine. Having a dedicated space and time made me feel more accountable, and many studios charge a fee if you cancel a class less than 12 hours in advance or skip the session entirely. Something about working out with a dozen people doing the same routine, pushing for similar goals, always made the experience more enjoyable, and dedicated instructors always offered support, clear adjustments and energetic soundtracks.

Related: How do you stay fit if you can’t — or don’t want to — leave your home?

And then the coronavirus hit.

For the first few days of the pandemic, I did online workout classes at home for 20 to 30 minutes, trying to stay on some sort of regimen, but as the days turned into weeks and predictions about lockdowns grew increasingly bleak, my family and I settled into a new quarantine routine that was rather sedentary. It became harder and harder to motivate myself to work out. Exercise became less and less frequent, until my only activity was an occasional walk around the neighborhood.

More than two months into the pandemic, my best friend and I came up with a new option, one that would simulate a workout class experience while still allowing us to stay in line with government requirements.

It started with a late-night text message on my end:

“Potentially weird question,” I wrote. “Would you want to maybe do, like, Zoom workouts? … I was thinking maybe if we had a set time two to three times a week and did the same (routine) with Zoom on it’d be kind of like a workout class/gym date and less awful than home workouts?”

But my friend, Josie, was immediately on board.

Of course, it wasn’t as easy as making the decision. It took about a week for us to clear our schedules — despite both working from home right now and not having much to do in our relatively shutdown states of New York and New Jersey, we somehow had a lot of conflicts — but after finally setting a date, we both rolled out our yoga mats, changed into comfy workout clothes and pulled up the same Instagram Live workout. Josie’s roommate, Lauryn, joined in, making it feel even more like a group class.

“Maybe I’ll like a live workout,” Josie texted me about an hour before we planned to do the session. “It’ll feel like community??”

There were some technical difficulties — the Instagram Live video wouldn’t load for me, so Josie had to prop up her phone’s camera to face the computer screen for me to see — but that didn’t make it any less enjoyable. The three of us got through the intense 35-minute workout with lots of laughter, side comments between poses and the general camaraderie of a workout class that had been missing since the start of the pandemic.

About a week later, we tried again. There were some delays — I wasn’t feeling up to doing it one particular day; another day, she wasn’t. The third time was the charm, and we were soon set up again, this time screen-sharing over a Zoom chat instead of following along on tiny phone screens.

The method was pretty simple: We picked out the video we wanted to use, I set up a Zoom call that she joined and then hit the “Share Screen” option.

We commiserated about how tough the core-focused 20-minute workout was, groaned at the same time when the instructor said the routine would end with a plank, laughed when we realized that Josie had been so much sweatier than I was because she was working out in front of a 450-degree oven (a byproduct of trying to live your whole life in a small New York City apartment!).

Afterward, we spent 15 minutes decompressing, stretching and chatting like we were sitting at our favorite brunch spot. For a few minutes, the pandemic and the isolation felt like they were at bay. In just over a half an hour, we’d gotten in some exercise and the closest thing to face-to-face contact we could manage.

It didn’t feel like normal, but it didn’t feel as weird as most of the pandemic had either. We made a plan to “meet” again two days later, and just like a normal workout class, it was nice to have the accountability, to know that someone would notice if you decided not to go.

When I asked Josie what she enjoyed most about the makeshift Zoom classes, she said the social aspect was a big factor.

“(It’s) the ease of online workouts with the companionship of friends,” she said.

While this isn’t exactly the same, it’s one of the best ways I’ve found to make life during the pandemic feel just a little bit more normal.

20 things from Best Buy that make aging in place easier

Thu Jun 25 , 2020
20 things from Best Buy that make aging in place easier — Recommendations are independently chosen by Reviewed’s editors. Purchases you make through our links may earn us a commission. I’ll admit, I didn’t hear the phrase “aging in place” until late last year when I coached a TED talk […] 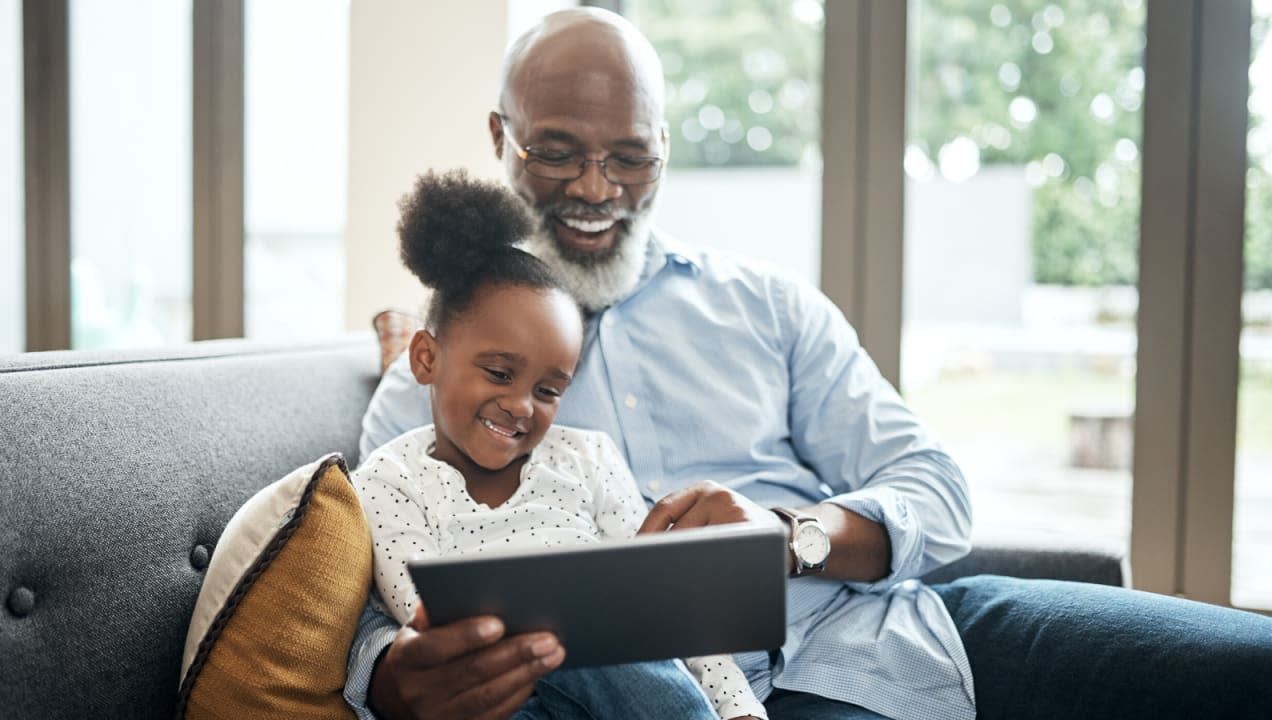