The glorious thing about streaming, at this point in its history, is the sense that eventually everything that was lost will be eventually found somewhere, on some platform, at some point, as long as the rights holders can be traced. That is basically the idea of this series, about streaming gems, right? It’s like we’re pointing out for you, dear reader, the pretty fish and brightly coloured bits of flotsam that are swirling by in the mighty, ever-swelling, almost menacingly vast river of online content that’s gushing by our feet, threatening to pull us in, drowning us in the oblivion of inexhaustible narrative noise.

Related: My streaming gem: why you should watch Private Life

Perhaps that overwhelmed feeling we have when facing this onslaught of content is what draws us to familiar tokens from childhood, shonky old stories and celluloid-scratched images that set the hippocampus tingling. Animated feature The Point from 1971, a trippy parable about a round-headed boy born into in a world where everyone else has a pointy noggin, is an instant stimulus to the semi-conscious nostalgia centres for Americans of my generation. Anyone born Stateside in the 1960s may dimly remember this as an early evening bedtime TV treat.

Fittingly, given its spooky self-referentiality, the film’s own framing device posits a father reading a bedtime story to his son, who would initially rather watch TV on the chubby little set in his bedroom. I’m not entirely sure if The Point was on at bedtime, come to think of it, but that might explain why its first 30 minutes are so vivid in the memory, and the rest more gauzy, as if remembered through a haze of sleepiness. Or that might just because the best bits are in first 30 minutes.

Much like Yellow Submarine three years prior, which takes up a contiguous portion of my primordial memory bank, The Point evolved out of a musical project, in this case a concept album of the same name written, narrated and performed by Harry Nilsson. These days, Nilsson is probably best known for his cover of the power ballad Without You, which was itself later covered by Mariah Carey, as well as his rendition of Everybody’s Talkin’, a tune featured in Midnight Cowboy, oddly both of them songs he didn’t write himself.

But Nilsson was a prolific songwriter as well as a melodious tenor, and a major figure in the hipster-ocracy in Los Angeles’ Laurel Canyon neighbourhood in the late 1960s/early 70s where he palled around with the Beatles and the Monkees, Frank Zappa and Timothy Leary, among many others. Reportedly, like so many goofy ideas that ended up getting marketed at children in those days, The Point was inspired by an acid trip in the middle of the night.

“I was on acid and I looked at the trees and I realized that they all came to points,” Nilsson recalled later of the walk near his house. “And the little branches came to points, and the houses came to point. I thought, ‘Oh! Everything has a point, and if it doesn’t, then there’s a point to it.’”

OK, that doesn’t make much sense, and to be honest neither does much of the story, but somehow it all was transmuted into a little fable about intolerance and prejudice (it’s against those things, naturally) for the jolly Nilsson-narrated album, and then the film itself. The movie, made for TV, was directed by noted animation director-producer gun for hire Fred Wolf, who collaborated with animator Jimmy T Murakami to make some of the best-known trash kid TV of the 1960s to the 80s, from The Flintstones to the original version of Teenage Mutant Ninja Turtles. Like the world seen on hallucinogens or cannabis, everything is connected when it comes to The Point. The voice cast alone is a microcosmic cross-section of 1960s and 70s talent: Dustin Hoffman voiced the father/narrator in the very first broadcast, but was replaced eventually, for the versions now available, by Ringo Starr, while Mike Lookinland, wee Bobby from the Brady Bunch, voiced Oblio, and Paul Frees, a legendary voice actor with an endless line of credits, from Some Like it Hot to The Adventures of Rocky and Bullwinkle, voiced most of the other characters.

All scratchy black lines filled in with watercolour washes, the visual style of The Point, along with its limited animation, is one of the things that makes it so evocatively 1971-ish – literally sketchy, clumsy, insistently handmade in a way that’s so refreshingly different from the computer-generated, hyper-rendered surfaces in most animation these days. If you show this film to a child today raised on digital entertainment, you may also have to explain why the opening credits have such crackly scratches on them, a legacy of the fact that this version was generated off an old 16mm print because the film’s negative has been lost.

The lines and forms flow and wiggle as we hear the story of Oblio, the story’s kid protagonist whose best friend is his dog Arrow, the sung-about object of love in what is the movie’s best-known song, Me and My Arrow. At first, Oblio’s round head in a world where everyone else has a cone-shaped dome is not so much of a social stigma, but when he and Arrow beat the local Count’s son at the sport of triangle toss, then Oblio ends up being banished from the kingdom and sent to out to the dreaded Pointless Forest. There he meets all manner of peculiar folk, including a drawling, laid-back, clearly stoned out of his mind Rock Man, a three-headed trickster character, and a wise talking tree who helps Oblio see the point of it all.

Or something like that. It doesn’t really matter because any moral message is, ironically, not really the point at all here. Indeed, this is actually, although it doesn’t seem to know it, a celebration of playful aimless wandering, noodling and pootling along as Nilsson plays with rhythms and rhymes, recurrent piano chords and puns aplenty. The narrative is nothing but a tangle of frayed threads that pull at murky concepts not quite developed, barely seen. The whole thing feels infused by stoned mysticism, about everything and nothing, that’s deliriously of its time, charming and just plain batshit. And given how crisp, algorithmically precise and micro-targeted so much of the product that’s coming down the stream is these days, that messy carelessness, scuffed-up handmade quality is exactly the point of The Point. 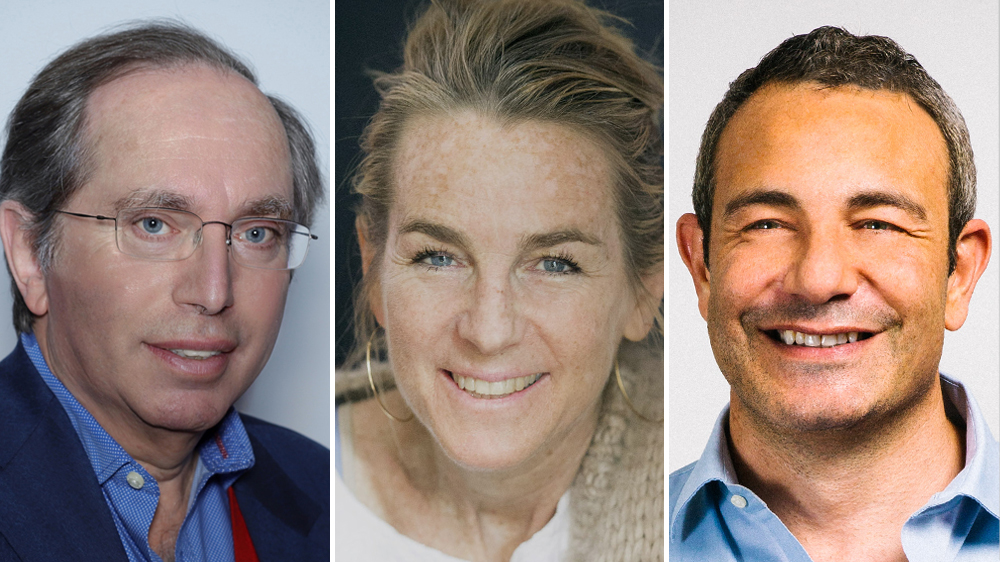