Illegal immigration has long been the subject of fervid debate in the US.

Now President Donald Trump is making “legal immigration a scapegoat” with an eye on the upcoming election, says Poorvi Chotani, a managing partner at Law Quest, an immigration law firm with offices in the US and India.

“How can the US recover more than 17 million lost jobs due to the pandemic by keeping out a little more than half a million foreign workers for the rest of the year?” she told me.

Ms Chotani is mainly alluding to the H-1B visa programme that currently admits 85,000 immigrants each year, many for skilled jobs in the tech industry. On Tuesday, Mr Trump suspended this and other work visas that allowed foreigners to work in the US until the end of 2020.

The move will hit India hard.

Three quarters of the H-1B visas issued every year still go to India-born workers although the top seven Indian tech companies now pick up only 6% of the total visas under this programme.

“This is testimony to the skill sets of Indian nationals. And it has little to do with immigration. The H-1B is about temporary movement of high skilled workers. It doesn’t impact net immigration numbers,” Shivendra Singh, vice president of global trade development at Nasscom, the Indian technology industry trade group, says.

The H-1B visa programme is also the reason for the “rise of Indian-Americans into the highest educated and highest earning group, immigrant or native in the US,” say the authors of The Other One Percent, a study of Indians in America.

US-based researchers Sanjoy Chakravorty, Devesh Kapoor and Nirvikar Singh found that by the early 2010s, some 60% of the 100,000 India-born people entering US each year through skilled-based paths were on the H-1B programme. They were mainly employed in computer-related occupations.

Nearly half of a million H-1B visas issued between 2004 and 2012 went to Indians. Along with their dependants they accounted for more than a fourth of the Indian-American population, which is currently around 3 million.

Hindi, Tamil and Telugu language speakers increased in size. Traditional Indian-American clusters in New York and Michigan were replaced by larger clusters in California and New Jersey. In many ways, the skilled visa programme, led to the birth of a “new map of Indian-Americans”.

The future is beginning to look uncertain now.

For long critics have said these visas have allowed Silicon Valley companies to outsource American jobs to lower-paid foreign employees. The share of Indian companies among the top ten visa recipients has dropped.

“For Indian companies there has been a downward trend because local hiring has increased, and there have been changes in global delivery models and the nature of domain expertise,” Mr Singh told me.

What puzzles Indians is the objective behind Mr Trump’s move, which has already met resistance from tech firms like Google.

Mr Trump says the move will create jobs for Americans hurting economically due to the Covid-19 pandemic.

But for one, Indian experts say, Mr Trump had been reducing legal immigration even when there were enough jobs. And at a time when the US is truly staring at millions of people out of jobs due to the pandemic, unemployment in computer occupations has actually declined from 3% in January to 2.5% in May. As of 14 May, there were 625,000 computer occupation jobs vacancies in the US.

“The numbers tell you a completely different story. The H-1B workers bridge a critical skills gap. And now they will become essential workers in the post Covid recovery process in every field – cyber security, online education, vaccine research and so on,” says Mr Singh.

Many in India say that Mr Trump’s measure is part of a plan to make permanent changes to immigration laws to discourage foreign workers.

Ms Chotani believes getting a H-1B visa will become more expensive for Indian companies – foreign employees pay up to $6,460 for each visa petition. Resultantly, US tech firms will pick up more of these visas, hiring graduates from US universities, and recruiting directly from local firms and from overseas.

These visas could be in future only restricted to highly-paid skilled foreign workers and keep out those engaged in mid-level and low-cost back office services.

“Even this,” says Mr Singh, “will lead to disruption because a lot of such work happens with teams with a senior supervisors who’s an immigrant with a team of local hires”.

The future of the H-1B visa programme has been always difficult to predict, and has been susceptible to anti-immigration pressures. Steve Yale-Loehr, a Cornell law professor told the New York Times that this was the “largest crackdown on work visas that I have seen in my 35 years of practice”.

It is unclear what will happen next. With the pandemic showing the world how to work remotely, will a post Covid future see a drastic reduction in the visas and more professionals working from home as businesses reduce dependencies on visas? Will short-term “technology visas” ease out relatively long term ones like H-1B?

“An overhaul of the immigration system has long been in process. Things have now been pushed over the edge because of the upcoming US presidential polls. It’s all driven by populism, exacerbated by the pandemic and the rise in unemployment” says Ms Chotani.

UK's internet use surges to new highs during lockdown

Wed Jun 24 , 2020
UK adults spent a quarter of their waking day online during lockdown – a record high, according to Ofcom. During April, adults spent an average of four hours a day online, up from three-and-a-half in September 2019, the communications watchdog said. And seven in 10 people made video calls at […] 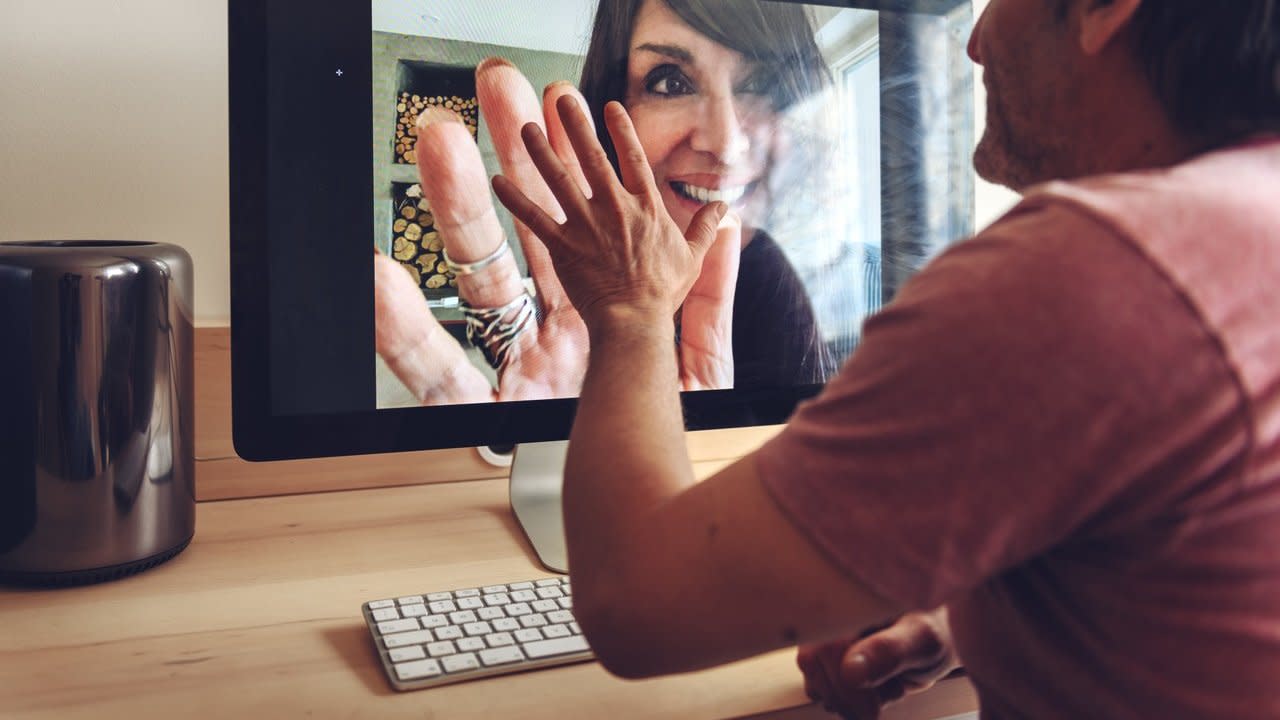