There are many polarizing debates in the world of technology and video editing, and software is no exception. Final Cut Pro X and Adobe Premiere Pro are some of the most popular tools for the job, and both have diehard fans. If you want to make an objective decision about which to use yourself, what are some factors you should consider?

Render time is often something that people will bring up when it comes to video editing features. After all, it’s often the most significant time-sink when it comes to making online videos. However, while optimizations make Final Cut Pro X the likely choice for those who want the least amount of downtime, it’s not the only feature worth considering.

Adobe Premiere Pro is a much more open piece of software that runs on a variety of hardware and is available for Windows and MacOS. Because of that, collaboration is far more accessible, as you can send files to others to edit without first checking to see if they’re running Apple hardware. It also has Team Project files, which make the entire process of co-developing a video far simpler.

Described as difficult to master but easy to learn, Premiere Pro has been go-to editing software for YouTubers, independent filmmakers, and other content creators. It’s undoubtedly true that the average user can upload, edit, and export single audio and visual layers, but learning how to create content with 10 to 20 layers will take some time.

When it comes to editing, Adobe uses the standard non-linear editor (NLE) with both track heads and tracks to edit your content or “Sequence.” For help organizing your Sequences, users can incorporate Subsequences, Subclips, and Nested Sequences. If you’re managing multiple Nested Sequences simultaneously, you can keep them separate with tabs to keep your project neat and tidy.

This more traditional approach to video editing may appeal to those who prefer the more free-form MacOS Magnetic Timeline, but it may discourage experienced editors. Should you require something beyond what the conventional NLE is capable of, Premiere Pro comes bundled with Adobe After Effects to create animations and motion graphics quickly and seamlessly in your timeline.

That said, Premiere users have reported all too many instances where they found the program crashing and freezing at critical moments, plus issues with video preview quality and frame rate. While Adobe has made efforts to rectify these problems, these frustrating errors still occur more frequently, particularly compared to other NLE software. However, it is worth noting that these problems are typically tied to the power of your PC, so you may want to consider upgrading your machine before working with formats like RAW and 4K.

As of June 2020, Premiere’s latest features include the newly added support for JPEG 2000 MXF export files, as well as adding import of media from the RED Komodo and Canon EOS to its extensive array of file supports. Mac users looking to decode ProRes 4444 and ProRes 422 footage can now use their Apple Afterburner cards to do so. Finally, Premiere Pro users can now license, download, and use royalty-free soundtracks by going to the Essential Sound panel and selecting Adobe Stock.

As is typical with Adobe products, the focus on a quality user experience that rewards patience and dedication is very evident in Premiere Pro. Whether you need to pare down hundreds of hours of footage to create a feature-length film or polish a five-minute movie for a college project or social media post, Adobe has you covered.

Premiere Pro costs $53 per month, but Adobe currently offers a 60% discount to educators and students.

A former cult favorite turned industry mainstay, Final Cut Pro X doesn’t have quite such a team focus to its editing suite and is excellent for solo creators. However, its user interface is arguably more comfortable to use, which reduces multi-click commands to fewer or even single clicks. It’s cleaner, more aesthetically pleasing to the eye and, thanks to its optimizations for Apple hardware, it’s a little kinder on battery life, too.

In terms of its usability, you’re going to find people who like it and those who don’t. Final Cut uses a magnetic, single-track timeline. When combined with some of the software’s additional features, like auditions, it’s pretty neat, but a lot of people prefer the classic, multi-track timeline. That’s something Adobe Premiere Pro has, and it makes it feel more familiar to anyone who’s used other video editing tools. Also, it arguably gives it deeper functionality through a more overt layering system.

Another distinction is Final Cut’s clearly superior performance when it comes to high-quality video formats like 4K and RAW. Unlike Premiere Pro, errors and crashes during previews and playback of media are rarely reported — when combined with Final Cut’s drag-and-drop utilities and minimalist design, users can create, preview, and load short videos in a matter of hours. You can organize individual clips on their own tracks, with sound effects and music each in their individual sections. It’s more organized and gives you plenty of visual cues so that you know where everything is at all times.

That being said, the bare-bones approach to Final Cut’s user experience can be boon or bane, depending on personal preference. Those who are new to the program and have a background in traditional NLEs may not be comfortable with the magnetic timeline, which allows for much less freedom for individually organizing sections. Users have also reported dissatisfaction with the lack of file support compared to Premier Pro and how Final Cut uses event and project tabs to organize clips over single bins.

Last updated in December 2019, Final Cut Pro X version 10.4.8 fixed several other problems, including transparency issues with visual artifacts for Nvidia graphics cards, MacOs Catalina user media not showing up in the photos library folder, and incorrect projects loading into the timeline. Other improvements focused on reliability and stability for skimming and sharing media, working with Sony XCAV media, and thumbnails not updating in the browser.

Rather than charge a monthly fee like Premiere Pro, Final Cut Pro X costs a flat $299 in the Mac App Store.

Which video editor is right for you?

Even in the world of video editing tools, there is a lot to consider when it comes to which one will be right for you. But that’s perhaps the most important takeaway here:  Pick the one that’s best for the job you want it to do.

It’s unlikely that there will ever be a definitive editing tool that is the best option for everyone, as there is no way developers can account for every nuanced difference between users. However, it seems safe to say that while Final Cut Pro X does have a more straightforward UI and faster rendering times, it loses out on some of the compatibility and support offered by Premiere.

The long and short of it is that working in large, collaborative groups on any hardware will likely steer you toward Adobe’s software suite, while solo projects for those with existing Apple hardware might be better on Final Cut Pro X.

Tue Jun 23 , 2020
Click here to read the full article. In September 2001, Nkechi Okoro Carroll was working at the Federal Reserve Bank of New York. Her offices were right down the street from the World Trade Center, and after the towers fell, she had to figure out how to “keep one of […] 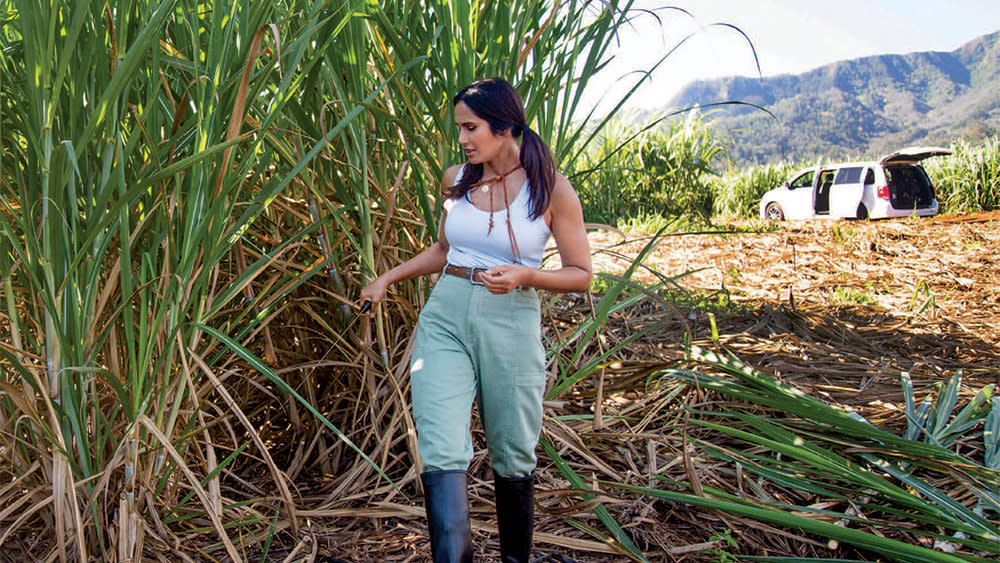