The main thing about this company is that as of now, it primarily caters to small and mid-sized businesses that were lashed pretty bad by the lockdowns and social distancing norms in place. Government support did help them a bit, but many were hard-pressed to just get their stuff out to customers. So the primary need of the hour was an online presence, which is where Shopify SHOP had its gains in the last few months.

On top of that, the partner ecosystem, which includes online platforms and social media, did particularly well, with the shops set up in 3 days jumping 85% between March 13 and April 24 relative to the 6-week period before that. From marketing to discounting and other features, Shopify partners helped sellers reach a wider audience more cheaply. Additionally, since partners like Facebook FB earn from ads rather than subscriptions, it was a win-win for all concerned. The company continues to build this ecosystem, with the latest addition being Walmart WMT. And Walmart’s ecommerce sales surpassed eBay’s EBAY in May.

There was some understandable negative pressure from small sellers turning conservative to either cancel or downgrade subscriptions, but the positive impact outweighed the negative. Shopify did sweeten things up with things like cash, limited-time free email communication with customers, and so on, which was a good way to spend money, given the circumstances.

The other positive, and this is where momentum will bring rapid change in the numbers, was the fact that some established retailers started turning to Shopify Plus, the plan that caters to higher volume business. Big companies like Heinz and Lindt jumped on board in record time, also expanding its categories in food and other essentials.

It’s also significant that Shopify Payments, that allows customers to save their payment information with the company and then make purchases across the partner ecosystem, continues to grow as a percentage of the gross merchandise value (GMV). At 42% of GMV, it represents the sticky customer base and also the ones from which data insights are more easily available.

The obvious question that arises from all this is whether this trend is sustainable. Management thinks it is, particularly with respect to distance learning and omnichannel retail (which was picking up anyway). And it appears obvious because even the fence sitters, the ones that were still not committed to the Internet, have all been forced by social distancing norms to stay away from stores. And after doing this for months, possibly through this year and part of the next, people’s habits are likely to change. And this is a huge positive for a company like Shopify. They don’t need current unnatural growth rates to be a roaring business. A strong enough impetus, such as the one the virus has created, should do the job well enough.

There were 23 upward revisions to estimates in the last 60 days and only three downward revisions, which goes to show what analysts think of the company’s prospects in 2020.

And this sent its 2020 EPS estimate from 9 cents to 51 cents in the last 60 days. Even if you consider the fact that it had initially dropped from 24 cents 90 days ago, the increase is still substantial. Not only that, the 2021 EPS estimate has gone from 53 to 63 cents, still below the pre-pandemic 81 cents but a strong enough indicator of sustained demand. There’s a lot of time to revise 2021, which likely remains low due to an abundance of caution.

eMarketer has put out some numbers for ecommerce growth this year. Accordingly, sales are expected to grow 18% this year, making up 14.5% of total retail sales, which will itself drop 14%. Ecommerce growth rate will be down to 7.8% next year, remaining at a similar percentage of total sales. Walmart, with which Shopify signed its latest deal, will be the second largest player after Amazon AMZN, accounting for 5.8% of retail ecommerce sales. It already has a deal with Amazon.

Shopify isn’t an ecommerce marketplace like Amazon but one that provides software facilitating hosting and maintenance of online store fronts and providing analytics related to the business conducted through them. As such, the barriers to entry are low and the market competitive. In Shopify’s favor is its partner ecosystem, which differentiates its offering from the others.

Everything is going for this company. It’s one of those to keep holding for the next few years. But given the current valuation, which is 44.4X 2020 sales and 33.3X 2021 sales, the shares appear hugely overvalued. So they are a risky bet.

From thousands of stocks, 5 Zacks experts each picked their favorite to gain +100% or more in months to come. From those 5, Zacks Director of Research, Sheraz Mian hand-picks one to have the most explosive upside of all.

This young company’s gigantic growth was hidden by low-volume trading, then cut short by the coronavirus. But its digital products stand out in a region where the internet economy has tripled since 2015 and looks to triple again by 2025.

Its stock price is already starting to resume its upward arc. The sky’s the limit! And the earlier you get in, the greater your potential gain.

Fri Jun 19 , 2020
Getty Images The pandemic will force major changes in higher education — not just in the fall but for years to come, as colleges and universities face steep budget cuts, enrollment challenges and new types of competition. Adapting won’t be easy, and institutions that don’t embrace change will likely suffer. […] 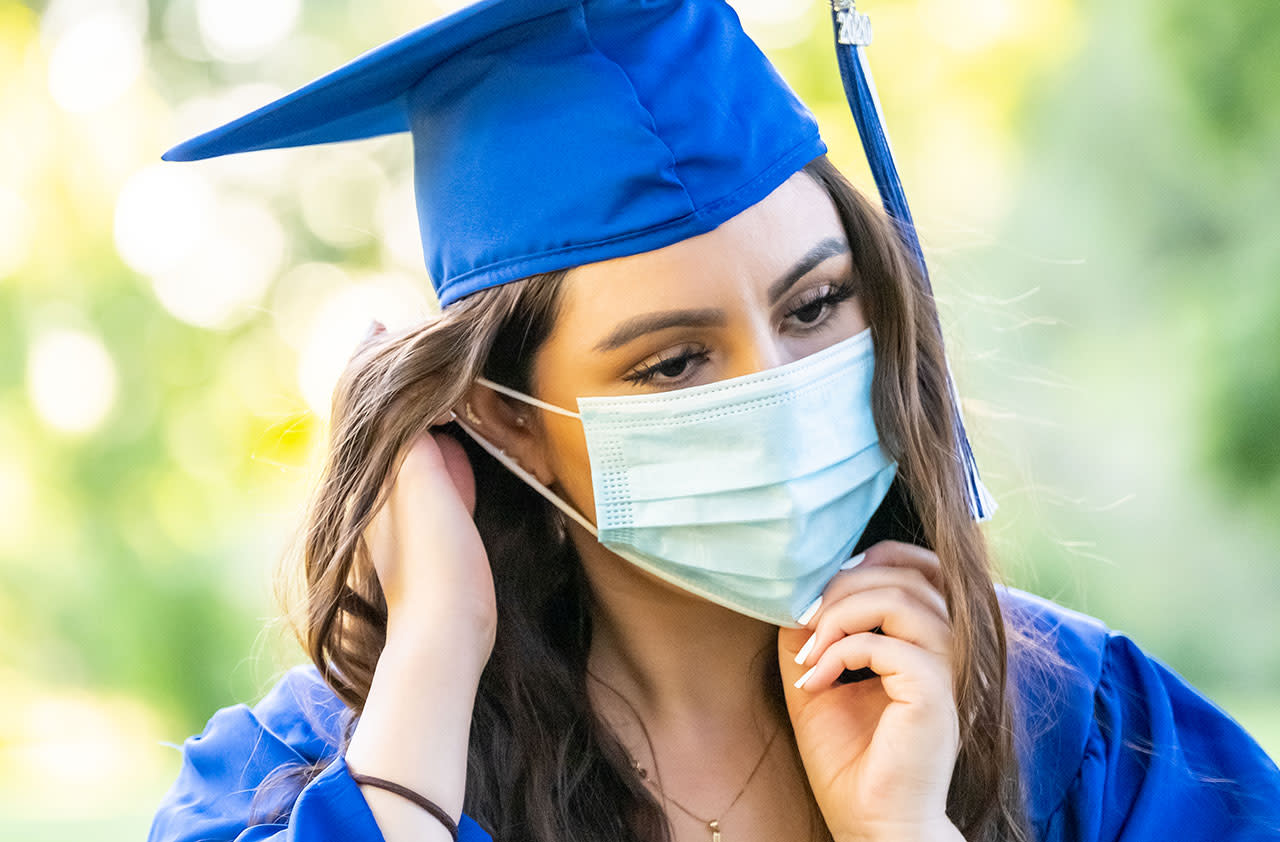