Anointing the song of the summer was going to be a challenge even before once-in-a-generation protests roared to life last month in response to George Floyd’s killing by Minneapolis police.

By shutting down so many of the activities that make a song of the summer happen — concerts, sporting events, pool parties involving people beyond your immediate family — the COVID-19 pandemic had already interrupted the annual process that led tunes like Lil Nas X’s “Old Town Road” and Luis Fonsi’s “Despacito” to warm-weather cultural ubiquity.

But the explosive widening of the Black Lives Matter movement only deepened the task at hand: Suddenly, the established hallmarks of the song of the summer — a casually flirty lyric or a groove to inspire a night without cares — felt insufficient to soundtrack a season of such righteous discontent.

The Times asked 17 arts and music journalists and industry insiders to pick the song that best embodies the spirit of a summer defined by contradictory imperatives: to stay inside or to take to the streets? That so little consensus materialized says plenty about the different needs listeners count on music to meet.

Ideally, one song could exult, could object, could mourn, could reassure. And indeed, just such a tune appeared last week from Beyoncé, whose exuberant “Black Parade” — released with no advance notice but plenty of symbolic significance on Juneteenth — celebrates Blackness in its many glories, even as it acknowledges the persistent threats of racism and police violence.

Over a swaggering beat brightened with wind instruments redolent of an outdoor march, Beyoncé boasts of looking “pandemic fly on the runway” and of having “made a picket sign off your picket fence.” She’s rapping and singing with equal command in another display of her mastery of synthesis.

Yet as good as the track is — and in spite of Beyoncé’s authority as pop’s most clear-eyed thought leader — “Black Parade” is unlikely to end up as 2020’s song of the summer, if only because it came out late in a season that typically starts heating up in the spring.

Often the songs competing in a given year are well known by Memorial Day, which means you can think of the actual summer as the home stretch of a longer race. (Last year, “Old Town Road” began its record-setting 19-week run atop Billboard’s Hot 100 in early April.)

This summer, the Weeknd’s gleaming “Blinding Lights” and Megan Thee Stallion’s “Savage” — the latter best heard in a remix featuring fellow Houston native Beyoncé — are among the tunes that softened the ground well in advance; ditto “Toosie Slide” by Drake, who claimed the song of the summer in 2018 with the similarly sleek “In My Feelings.”

But these songs spent a relatively short time at No. 1 — just a week each for “Toosie Slide” and “Savage,” and four nonconsecutive weeks for “Blinding Lights.”

In fact, as nine different chart-toppers emerged over the last three months — including “Rain on Me,” Lady Gaga and Ariana Grande’s club jam for an era with no clubs, and DaBaby and Roddy Ricch’s “Rockstar,” with its references to abusive cops — the top of the Hot 100 has experienced more churn, according to Billboard, than at any point since 1990.

That’s another sign, along with our poll responses, that this fraught moment has splintered listeners’ desires. (Also: that TikTok, where many a smash first catches on these days, is chewing through new songs with increasing speed.)

One upside of this fragmentation is that it’s created a window for viral hits from outside the pop machine — see the irrepressible “Lose Yo Job,” with vocals sourced from a Facebook video shot in a parking lot. No longer do listeners need giant record companies to tell them what’s happening; no longer do folks with something to say need those companies to help them say it.

At a time when it feels like anything might happen, we should be on the lookout for major statements from anywhere.

While “Rockstar” and “Rain on Me” battle for the title of the summer’s biggest song, Lil Baby has turned in the season’s most crucial record. The Atlanta rapper’s socially conscious turn lives up to its title’s promise, channeling the mood of the moment as much of the country comes to grips with the magnitude of systemic racism and recognizes the opportunity to finally take it on and create lasting change.

When Johnniqua Charles was being detained outside a South Carolina strip club in February, she knew it was wrong, and she quickly spoke truth to power. “You about to lose yo job / Get this dance!” Charles sang at a security guard. “You about to lose yo job ’cause you are detaining me for nothing!” Two producers — Atlanta’s DJ Suede the Remix God and Brooklyn’s DJ iMarkkeyz — turned Charles’ statement of conviction into a bona fide rap banger. “Lose Yo Job” is a protest anthem for 2020 brought to life online and in the streets as protesters around the country are calling to defund the police.

I’m not sure what it is about “Gagarin” — the feeling of time slowing down to almost nothing, its sense of otherworldliness and profound sadness — but I’ve been hooked on this song lately. There’s something about Sumney’s voice that allows me to give in to the weight of my feelings instead of trying to pretend that everything is OK.

Leave it to Drake to go to No. 1 with a dance-craze instructional when there isn’t an open dance floor in North America. But it’s not like the low-energy “Toosie Slide” was really intended for the club anyway: Like all of Drake’s frostiest and most insidious jams, it was meant for the internet and the bedroom — a muted smash for a muted season.

With its themes of loneliness and the importance of touch and escapism, paired with the adventurous old-school synth beat, “Blinding Lights” evokes the perfect feeling that all of us can relate to either because we’re doing it or because we can’t: drowning in the night.

It feels like a piece of Miles Davis’ “Bitches Brew” broken off like communion. The words swirl and overlap within a broken-glass landscape of keyboards, drums and bass; it could go on for days without losing its energy. We’re always looking for a way into something better, and “Change” is a reminder that while new futures are possible, now and then we need someone to tell us to keep going.

“Rain on Me,” Lady Gaga and Ariana Grande

A show of solidarity and level prowess that demonstrates the life lesson we’re hoping a pandemic has served us: that we’re only going to get through this together. “Rain on Me” is successful because of its directness and its simplicity. The lyrics are open to multiple interpretations — a metaphor of being caught in a storm, a possible nod to struggles with sobriety — but at the heart of the matter is survival. It exists as a memory of what has been and what will be again — of silliness, of ecstasy, of oneness.

TikTok user Rynnstar’s viral smash — it has no name, but we’ll call it “The Crime Rate Jingle” — started as a blithe-but-deadly riff another TikTok user identified only as EC rattled off on her porch one afternoon in response to manipulated “statistics” about crime rates in Black neighborhoods. Then it shot into the stratosphere when a third user, Alex Engelberg, added virtual three-part barbershop harmony. Since then, the jingle has been remixed, choreographed and passive-aggressively shared with racist family members all over the country.

Maria Sherman, author of “Larger Than Life: A History of Boy Bands from NKOTB to BTS”:

While I’m stuck inside my Brooklyn apartment, there’s no song I hear more frequently than Bad Bunny’s dembow ode to gender-fluid autonomy on the dance floor, blasted from passing cars and teens’ backpacks between sirens and the distant cadence of political protest. In that way, the song is both a soundtrack to isolation and collective action. When Bad Bunny sings, “Yo perreo sola” (I twerk alone), the sentiment reverberates. This summer, between moments of combating injustice, everyone twerks alone.

Chromeo turned its weekly coronavirus-themed Instagram jams into a real EP, and this sexy, funky ode to the elusive cleaning product outlasts 99.9% of lockdown-inspired songs.

Of the many anthems to emerge during the protests, L.A.’s own Terrace Martin delivered what might be the most immediate. Released with a video depicting moments that have defined the recent demonstrations and a list of Black people killed by police officers, Martin’s track recaptures the magic of Kendrick Lamar’s “To Pimp a Butterfly” (which he and Washington both worked on), while Curry and Daylyt lose their collective minds with searing verses that could melt skin.

With its fidgety disco rhythms, jangly guitars and soaring vocals from the French-based Malian singer Fatoumata Diawara, this may be the closest most of us get to summer vacation. The incessantly creative Damon Albarn serves as captain of the ship, not only in wrangling together his eclectic influences in a song that was built for repeated plays but also quite literally in its accompanying video that sees him and Diawara cruising around Italy’s Lake Como with assorted animated band members in the holiday afternoon of our dreams.

The most important young female R&B artist of this era, H.E.R. has made a song about intimacy in a year when our ideas about connection, personal space and human touch are being transformed by COVID-19.

The ominous harmonies build gradually, rebelling against what a song of the summer should sound like. But this isn’t a typical summer, and perhaps its anthem needs to be dark and defiant — a way for us to confront reality, find catharsis and plan for a different future.

“Hate for Sale,” the Pretenders

I’d forgotten how good furious, stripped-down rock and roll can be. In 2 minutes and 32 seconds of pure combustion, Chrissie Hynde reminds us of punk’s raw, gutting capabilities. The song is an indictment of the win-at-all-costs ethos for today’s Gordon Gekkos who bleed the systems dry, step on the bones and don’t look back as they move on to the next.

Fri Jun 26 , 2020
Consumer Reports has no financial relationship with advertisers on this site. Over the past year, Google has rolled out a number of updates to its privacy and security settings. The company introduced a redesign to the Search home page that makes some settings easier to find. There’s also a relatively new […] 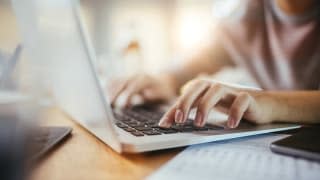