It was early April. The 2020 World Figure Skating Championships had been canceled by Covid-19, abruptly ending last season. Rinks were closing down for health reasons. Some entire countries were on lockdown.

Anyone who has been around figure skating as long as Gale Tanger could see even then how difficult it would be to have any competitions the rest of 2020 if they required travel by athletes or officials, whether the events were international, national, regional or local.

Tanger, an international judge for 32 years, began looking for an alternative to give elite U.S. skaters left unmoored by the pandemic’s impact at least something that could feel like a competition, something to anchor a goal in the early part of the 2020-21 season.

So the Peggy Fleming Trophy became the first virtual event in the sport’s history.

“It worked!!!!!!!” an excited Tanger said in an email late Tuesday, after the judging of the competition was completed. “What an incredible leap for our sport. Obstacles have been removed, and a new highway has been paved.”

A 90-minute streamed video of the event will be available to the public beginning Friday at 7 p.m. EDT on the U.S. Figure Skating Fan Zone video center. The question now is whether this concept can be expanded during the pandemic to make more competitions possible.

“Any time you experiment with something new, you always are paying attention to how it can be applied to other things – and for normal times, as well,” U.S. Figure Skating spokesman Michael Terry said. “The virtual concept has not yet been discussed for any other specific events, including the qualifying season (for the 2021 U.S. Championships).”

Tanger figured the Peggy Fleming Trophy was a good place to experiment. The event, which she and 1968 Olympic champion Fleming had created in 2018, already was an alternative to the usual competition format.

It has just one program, a three-and-a-half-minute freestyle in which there is heavy emphasis on artistry and musicality and significantly reduced weight on jumps. It allows men to compete against women and is easier to judge than an event using the International Judging System and ISU rules.

The third Peggy Fleming Trophy was supposed to take place July 1 at the Broadmoor World Arena in Colorado Springs, its home in 2018 and 2019. When it was clear by late April that doing it live would likely be impossible for public safety reasons, Tanger enlisted the help of U.S. Figure Skating and immediately began working through the logistics of doing it virtually.

After all, Tanger and her husband, Tom, who live in Wauwatosa, Wis., had been using Zoom to help with the virtual schooling of their grandchildren in Sydney, Australia, and she was using Facebook Live to judge off-ice competitions in Latin America. She thought there had to be a way to use such technology for a judged competition in which both athletes and judges could take part from their own rink or, in the case of the judges, their home or office.

Once the various parties were sufficiently convinced it could be done to post an online entry announcement, the 18-person field filled overnight.

“I thought we may have found the Holy Grail,” Tanger said, referring to the way skaters responded to a solution to save at least this event.

“It’s so great that everyone associated with the event is trying to test the waters and see what is possible,” said 2018 Olympian Karen Chen, third in last year’s Peggy Fleming Trophy and a virtual contestant in the 2020 event.

This was the basic premise: each skater would perform a program at his or her convenience between July 8 and 10. He or she would submit video of the program, to be shot from a high center-ice position. Multiple attempts were permitted, but the video chosen had to be of a single complete attempt, with no editing.

The seven judges and technical specialist David Santee, all qualified to work international events, watched the videos from eight different places via Zoom at the same time Tuesday, as if they were in an arena. They scored on iPads, using the IJS software they have at live events, and they have taken a vow of secrecy about the results until the event is streamed.

Could it be more than a one-off? Probably not for more significant events like the Grand Prix series. The International Skating Union council will again discuss its fate for 2020 in early August. A decision is supposed to be made by Aug. 1 on Skate America, the series opener, scheduled Oct. 23-25 in Las Vegas.

To the question of whether the ISU is looking at a virtual format as a possibility for some events this season, ISU vice-president Alexander Lakernik said in an email: “No… At least at the moment.”

Added Fabio Bianchetti of Italy, chair of the ISU singles and pairs technical committee: “I didn’t know about the idea of having it (the Peggy Fleming Trophy) online this year, and I think it is a wonderful possibility to do it in this way in such a difficult moment. As to the possibility of using this format for other events this season, I have no answer. The matter has never been discussed so far.”

Chen, who has been training at the World Arena since late May, chose an expanded version of a short program to Katy Perry’s version of “Rise” that Drew Meekins had choreographed for her to use this season. She did three “takes,” with about 30 minutes between each, for an iPhone recording done by her boyfriend, Camden Pulkinen, the 2018 U.S. junior champion, who also competed. Another competitor, Andrew Torgashev, shot iPhone video of Chen as a backup.

(Defending champion Jason Brown heads the field, which includes 12 athletes who train at the World Arena. For a complete list of the competitors, now 10 women and seven men after Amber Glenn withdrew, click here.)

“I was quite happy with my first attempt, but I got nit-picky and ran two more,” Chen said. “I finally decided to use the third because it didn’t make sense to go with the first after all that effort.”

The limitations of iPhone video, where close-ups can lead to a blur from pixelization, meant about half the rink was visible on nearly all of Chen’s video. That obviously reduced the size of her image.

“For the most part, all the skaters’ videos were clear,” Tanger said.

Pulkinen, who competed in the first two editions of the Peggy Fleming Trophy (finishing second in 2018), also did three takes, using the third, as videographed by Torgashev. His performance, to “In This Shirt” by The Irrepressibles, enlarged on the new short program choreographed for him by Josh Farris.

“I tried to treat it as if each run-through was my only shot, the way it would be in a normal competition, instead of falling back on the mindset that if one was bad, I have multiple attempts,” Pulkinen said. “I felt the same sense of relief one would typically feel at the end of a competition.”

Pulkinen did not think it was impossible for a variation on this format to be used for more important events, perhaps with each competitor using a live feed and taking the ice one after another for a single attempt. It might require choreographic changes for skaters knowing they are not being judged on the view from several sets of eyes but on the view from a single camera angle.

“I’m keeping an open mind and taking this as, ‘Okay, this is a trial run for how video competitions may be, and maybe I learn how to choreograph something differently to appeal more to that specific camera more,’” Pulkinen said.

Such “virtually live” competitions would eventually depend on the ability of the ISU or USFS to ensure a high-quality, very reliable stream created with professional video equipment by a professional camera operator at the many rinks where skaters would perform. Given the money saved if there are no live Grand Prix or Junior Grand Prix events, arranging for such equipment might be money well spent to preserve some of the season.

“I think it would be very mentally challenging to do live feed competitions,” Chen said. “Part of competition is its whole environment: being with other skaters, feeling the pressure, having the adrenaline kick in when you get on the ice with people cheering.

“Letting go of that side of competition and embracing this new side will be quite challenging for people. I think it could work, but there will need to be a lot of experimentation.”

Over the weekend, Tanger judged a “live” off-line competition run by Argentina that had skaters from four countries. The marks were simple, on a scale of 1-to-10, but so was the execution of a concept that would have seemed like science fiction a few years ago.

Now the Peggy Fleming Trophy has paved a few miles of a way for figure skating to travel the information highway.

Philip Hersh, who has covered figure skating at the last 11 Winter Olympics, is a special contributor to NBCSports.com/figure-skating.

OlympicTalk is on Apple News. Favorite us! 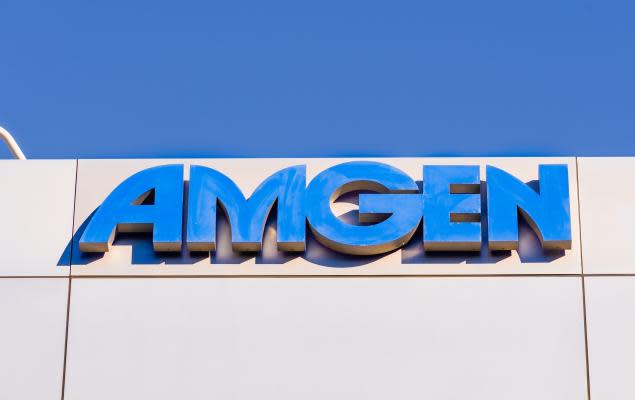