(Bloomberg) — David Chao, a venture capitalist who has been on the ground floor of Asian companies worth a combined $206 billion, has raised money for a new fund with a China focus, a sign that rising U.S.-China tensions aren’t turning off foreign investors.

DCM Ventures, which has the backing of SoftBank Group Corp. and Japanese e-commerce giant Rakuten Inc., attracted $880 million from investors including U.S. endowments and pension plans, along with European firms.

Chao, the co-founder of DCM, is uniquely placed to bridge the growing divide between the U.S. and China, sparked by trade disputes and tensions in Hong Kong. The Stanford University grad who was once recruited to be a sumo wrestler and understands Mandarin and Japanese, is as much at ease in the U.S. as China and Japan.

“They are the three largest markets in the world, and both from an investment and business development perspective, the right markets,” Chao, 53, said in a phone interview. “China is still going to grow faster than the U.S. over the next 10 years. So I think in terms of the capital flow, it won’t stop.”

“The tension is there, people did think a little bit harder whether they should invest in China,” said Chao, who regularly travels between Asia and his base in Menlo Park, California. “There are clearly some pension funds that are uncomfortable with China, but is that going to make a dent in the money being raised? I think you’ll end up being a rounding error.”

Most investors are looking past the tension to see the opportunities in China and Japan, he said. Chao, whose funds have posted annual returns of 50% over the last decade with runaway hits on Bill.com Holdings Inc. in the U.S., 51job Inc. in China and Japan’s Freee KK, is now eying China startups in online drug distribution, video content platforms and cloud-based management software that’s disrupting International Business Machines Corp. and Oracle Corp.

“In terms of money flowing into China, I actually think it’s going to increase,” he said.

Chao, who grew up in Kobe before moving to Silicon Valley, epitomizes DCM’s approach of tapping the three economies. With $4.2 billion under management, DCM counts Tencent Holdings Ltd. and Baidu Inc. as investors, while Chao golfs with tech titans including Rakuten founder Hiroshi Mikitani.

“David is a such an unique individual who will not allow anyone to put him in a box and has a fresh way to look at global synergies, especially in the China-Japan-U.S. triangle,” Mikitani said in a text via Viber, Rakuten’s messaging app.

Chao says his out-of-the-box thinking and work ethic were fueled by the discrimination he faced growing up in Japan. Chao’s second-generation Chinese immigrant mother operated a motel business, while his Chinese father traded medical equipment between the two countries. His ethnicity made him an outcast at times, although with his girth — he weighed 260 pounds (118 kilograms) at age 13 — he was once approached by a sumo wrestling recruiter.

“One of the things my father always said is ‘hey, you gotta either work three times as hard as your fellow Japanese kids, or you gotta think different,’” said Chao. “Otherwise, you’re never going to break the glass ceiling.”

Chao went to boarding school in California, hoping to change his fortunes. He obtained a degree in Economics and East Asian studies at Brown University, after opting out of medical school because he couldn’t stop vomiting in front of cadavers.

He graduated just as the 1987 Black Monday crash hammered the job market. So he returned to Japan to work for a recruitment firm, going door-to-door in Tokyo selling ads, wearing out leather shoes every two months from all the walking.

One of his clients was Apple Inc. — back then still struggling to expand in Japan — and the company hired him to sell software. It was there that he first met Masayoshi Son, convincing the SoftBank chairman to buy Apple software.

After Stanford business school, he worked as a consultant for Steve Jobs, the Apple founder who helped him realize tech was the future. When Dixon Doll, a Silicon Valley venture capitalist, started a new fund Chao joined as co-founder, bringing in 40% of the capital from investors in Japan, before setting his sites on the biggest prize: China.

Chao hopped on a plane to Shanghai in 1999, some 10 years after he first visited China with his father before the Tiananmen Square crackdown. Over breakfast at the Ritz-Carlton, Chao drafted up term-sheets on napkins and brokered a deal with the 51job founders for DCM’s first China investment. 51job is now one of the largest recruitment platforms in China, valued at $4.6 billion on the Nasdaq.“David brought a unique perspective, since 20 years ago very few people understood both west and eastern cultures,” said Kathleen Chien, co-founder of 51job, by phone. DCM sold its 30% stake for a 12-fold gain to Tokyo-based Recruit Holdings Co. in 2006.

With Lin’s help, DCM made bets on Chinese companies including online classified ads startup 58.com Inc. and e-commerce site Vipshop Holdings Ltd., the latter making a $1 billion return on investment. DCM also struck gold with Musical.ly, the lip-syncing and dancing video app that took off in the U.S. and was sold to ByteDance Ltd. for about $800 million.

The fund has backed a new batch of companies including online drug distribution platform YaoShiBang and online learning platform VIP Think. Chao is betting another windfall will come from video streaming app Kuaishou, which is already valued at $29 billion and yet to go public.

DCM also doesn’t shy away from controversial investments. It backed Blued, the Chinese LGBTQ dating app that many feared could face crackdown by authorities but is now listing in the U.S.

“When everyone else thinks that China is not sexy, that’s actually when you start to make real money,” said Lin.

To be sure, Chao has some regrets. He passed on search engine Baidu due to a disagreement on valuation and skipped Zoom Video Communications Inc., which has soared during the pandemic.

For DCM, the tri-cultural checks and balances seem to be paying off.

“When you’re caught in your own geography you start to drink the Kool-Aid,” said Honda, 45, who owns black belts in Judo and Kyokushin Karate. “This structure urges people to dig in a little bit deeper.”

Racism in the Influencer Industry

Wed Jul 8 , 2020
Click here to read the full article. Black creators want transparency and equality within the multibillion-dollar influencer industry. The killing of George Floyd and subsequent global protests have rocked virtually all industries, including the business of influencing. The relatively young field of influencer marketing, just over a decade old, is […] 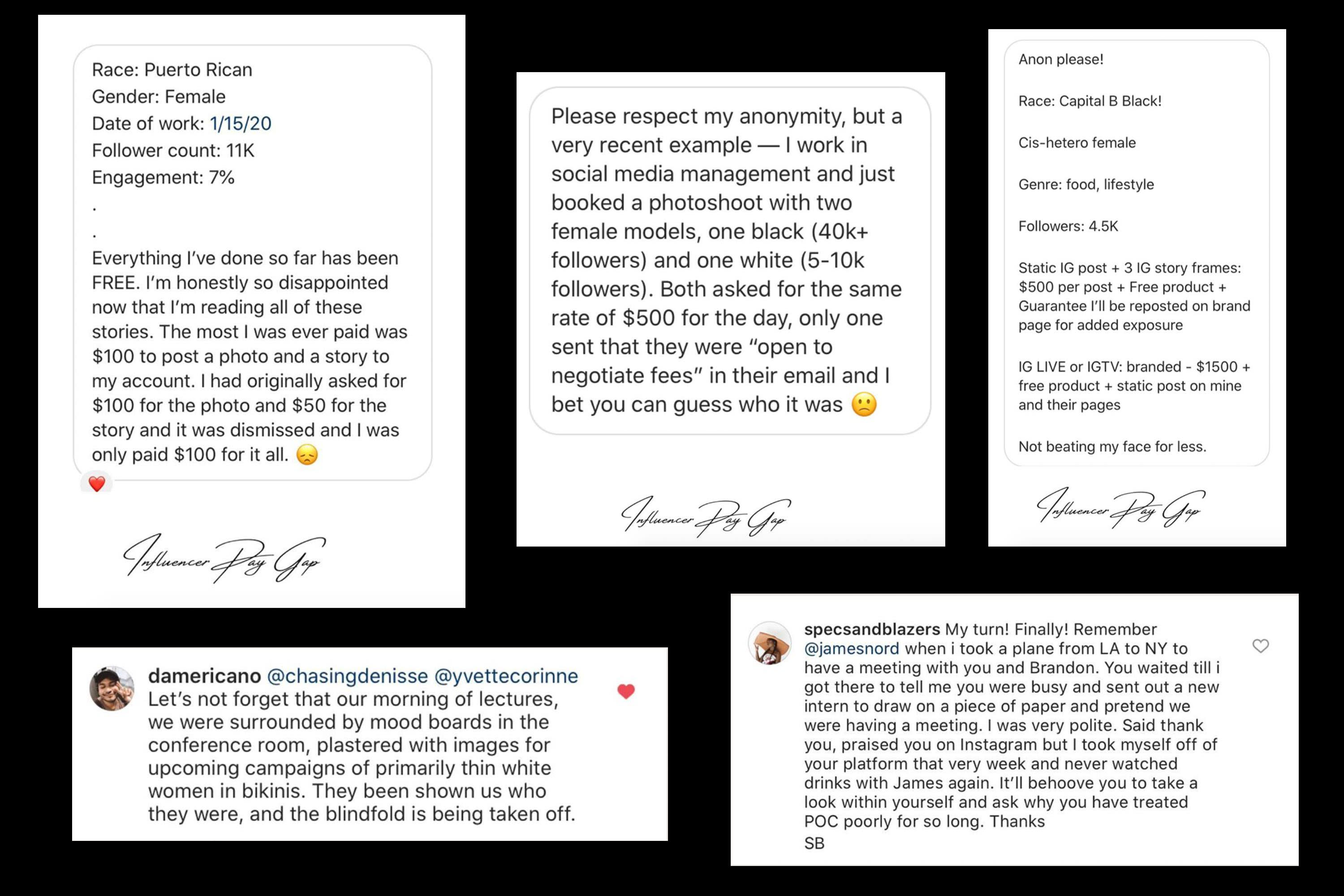