(Bloomberg) — The number of confirmed cases of Covid-19 in the U.S. has surpassed 3 million, representing more than a quarter of all cases globally, according to data compiled by Johns Hopkins University. The death toll sits at 131,594.

Arizona and Florida both reported increases in cases, but at lower rates than their 7-day averages. Meanwhile, in New York, Governor Andrew Cuomo said a decision on reopening schools won’t come until August. His statements followed tweets by President Donald Trump criticizing federal guidelines for reopening schools, and threatening to cut funding if schools don’t open before the November election.

Britain’s finance minister unveiled a plan to save jobs, and cut taxes on property and dining out to stimulate spending. France’s new prime minister said he would back targeted restrictions to preserve the economy if the country has a second wave of infections. Violence flared in Serbia, with Belgrade facing lockdown at the weekend.

Subscribe to a daily update on the virus from Bloomberg’s Prognosis team here. Click VRUS on the terminal for news and data on the coronavirus.

Miami-Dade County, Florida’s most populous, reported 1,688 people hospitalized with the virus, the highest number since at least early April.

The number of virus patients in intensive-care unit beds rose to 358 from 343. Patients on ventilators jumped to 184 from 175 a day earlier and was at the highest since April 20, according to the county’s daily report on Wednesday, based on self-reporting by hospitals.

The number of confirmed cases in the U.S. has surpassed 3 million, representing more than a quarter of all cases globally, according to data compiled by Johns Hopkins University. As of noon New York time, the U.S. had 3,009,611 confirmed and 131,594 deaths, the school reported.

New York Governor Andrew Cuomo said a decision on whether schools will reopen for in-person learning in September will be made by the state during the first week of August.

The federal government has no authority on school reopenings, just like it had no authority on states reopening their economies, Cuomo said, in response to President Donald Trump calling for schools to reopen.

South Africa is likely to run out of intensive-care unit beds within four weeks, Health Minister Zweli Mkhize told parliament. The scarcity of beds will come even as the number of infections, which are expected to hit a high point in August, are expected to be lower than initially projected, he said. So far, 4,831 health workers have been infected.

Florida reported 223,783 Covid-19 cases on Wednesday, up 4.7% from a day earlier, compared with an average increase of 5% in the previous seven days. Deaths rose by 48 to 3,889, an increase of 1.2%, according to the report, which includes data through Tuesday.

Cumulative hospitalizations of Florida residents rose by 333, a 2% rise to 16,758. Meanwhile, the new rate of people testing positive for the first time fell to 14.2% for Tuesday, from 16.2% a day earlier. The median age of cases among residents fell by a year to 39.

New York City Mayor Bill de Blasio said he anticipates a “blended” learning program when schools reopen, with students in class two to three days a week. There will be fewer students in each classroom, and more use of large spaces for classes such as gymnasiums, city officials said Wednesday at a press conference.

Schools will offer different models depending on the space available, and families may choose all-remote learning over in-school programming.

More than one-third of 200 fatalities in Iran’s deadliest day of the outbreak were reported in Tehran alone, authorities said during an emergency meeting of the country’s coronavirus taskforce. The country has recorded 12,000 fatalities from more than 248,000 known cases.

U.S. President Donald Trump said in a tweet he disagrees with CDC’s “very tough & expensive” guidelines for opening schools. “While they want them open, they are asking schools to do very impractical things,” the president said. “I will be meeting with them!!!”

Earlier, Trump said he may cut funding if schools do not open before the November election, saying keeping them closed benefits the Democrats.

Zimbabwe President Emmerson Mnangagwa fired his health minister after he was charged with corruption related to the procurement of equipment needed to fight the coronavirus outbreak.

New Jersey Governor Phil Murphy said he will issue an order Wednesday that the public must wear masks outdoors. The order will apply in cases where crowds are congregating, not if people are outdoors alone or with family members, Murphy said during an interview on MSNBC. He also said he will allow limited indoor dining, with more information on that to come later at a news conference.

Sunak promised to do everything he can to save jobs and pump life into the U.K. economy, cutting property sales tax and giving employers a bonus if they don’t lay off workers. Sunak also announced a reduction in sales tax for the hospitality and tourism sectors.

“We face profound economic challenges,” the Chancellor of the Exchequer told the House of Commons on Wednesday, laying out a stimulus package he intends to amplify in a budget and spending review in the fall. “In just two months our economy contracted by 25% — the same amount it grew in the previous eighteen years.”

The Treasury unveiled a 2 billion-pound ($2.5 billion) program to pay the wages of more than 200,000 young workers. Unemployment is expected to spike upwards as Sunak unwinds unprecedented government programs that are funding the salaries of more than 12 million people.

German Chancellor Angela Merkel said the European Union needs to pull together to face the historic challenges stemming from the coronavirus crisis and changes threatening the bloc’s economic standing.

“We stand before an unknown situation of economic collapse, the worry over jobs, and for this we need the right answer,” she said on Wednesday before a scheduled address to the European Parliament. “The money we want for reconstruction won’t just be invested just to get where we were but to take a step in the future.

American consumers may not be prepared to return to pre-pandemic spending levels. More than 40% of people who spent money on movies, event tickets or at bars before the pandemic now plan to spend less on those activities, according to a new survey for CreditCards.com.

Meanwhile, more than 60% of small businesses say they need spending to return to normal by the end of the year to stay open, according to American Express data.

While Spain’s recent regional outbreaks — particularly in Catalonia — are worrying, the number of cases is going down in most of the country, Fernando Simon, the chief epidemiologist leading the government’s battle against Covid-19, told the Financial Times in an interview.

President Donald Trump said his administration is considering banning TikTok in the U.S. to retaliate against China over its handling of the coronavirus. Trump’s comments on Tuesday came one day after Secretary of State Michael Pompeo said officials were looking at barring the app, whose parent company is China’s ByteDance Ltd.

“It’s something we’re looking at, yes,” Trump said when asked in an interview with Gray Television’s Greta Van Susteren about Pompeo’s remarks. “Look, what happened with China with this virus, what they’ve done to this country and to the entire world is disgraceful.”

Trump said banning TikTok is “one of many” ways he is looking to hit back at the Beijing government over the virus.

The federal government is ramping up coronavirus testing in Louisiana, Texas and Florida as health officials attempt to get a firm grasp on how the fast-moving pandemic is evolving. Eight temporary testing sites will each perform as many as 5,000 free tests a day, the U.S. Department of Health and Human Services said.

You Can Shop This Cult Favorite Craft Fair Online

Wed Jul 8 , 2020
From House Beautiful While the Coronavirus may have shut down this year’s iteration of one of the design world’s favorite events, lovers of the famous Field + Supply Fair should plan to open up their laptops next week, as the beloved event launches its first ever virtual market, which will […] 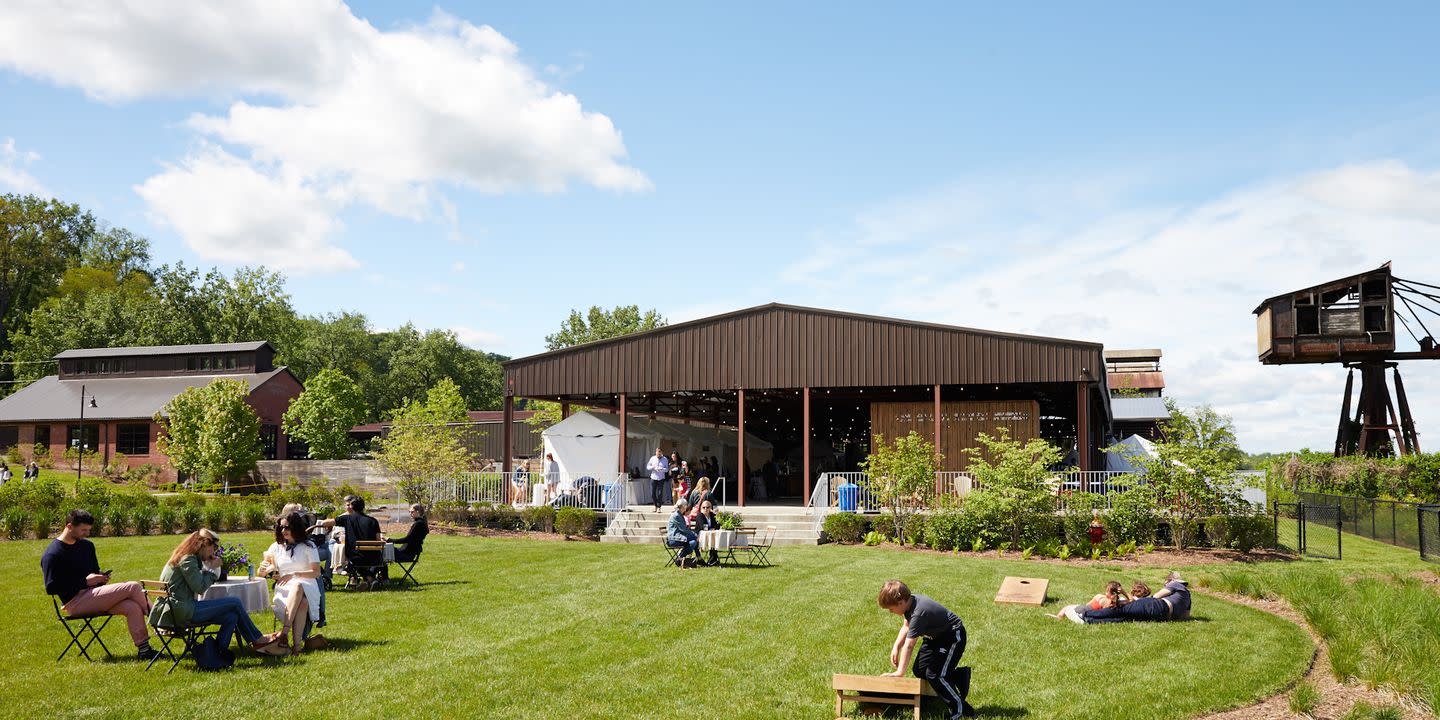