President Recep Tayyip Erdogan and his governing AKP party, having already taken control over most of the nation’s traditional media outlets, were behind the legislation, arguing that it was needed to protect citizens from cybercrime and slander. Critics, however, say it is part of a broader effort to control the flow of information in the country and stifle dissent.

“The new law will enable the government to control social media, to get content removed at will and to arbitrarily target individual users,” Tom Porteous, deputy program director at Human Rights Watch, said in a statement released hours before the overnight vote. “Social media is a lifeline for many people who use it to access news, so this law signals a new dark era of online censorship.”

More than 90% of Turkey’s conventional media is now controlled by conglomerates close to the government. Hundreds of reporters have been jailed or fled the country out of fear, and Erdogan has made himself so omnipresent on TV and radio that his voice can drown out all others. The internet is now, for many, the last open public forum.

In passing the bill, supporters acknowledged that it would allow the government to exert more authority in the digital realm.

“Today, while all the conventional media is acting within a certain discipline and order, we will be regulating social media who is acting entirely on its own,” Cahit Ozkan, deputy head of the AKP, said Tuesday in televised remarks.

Erdogan has made no secret of his disdain for social media and of his desire to exert control over digital spaces, much in the same way his government has gained control over traditional media.

Six years ago, when he was embroiled in a corruption scandal widely reported on social media, he vowed to restrict access to the sites.

“We will not allow this nation to be devoured by YouTube, Facebook or whatever,” Erdogan said at the time. “We will take necessary steps in the firmest way.”

In 2016, months before an attempted coup, Turkey moved even more aggressively to censor content on the internet, as the number of people prosecuted for insulting Erdogan in posts on social media skyrocketed. At the same time, internet trolls loyal to the government used social media platforms to attack critics and journalists.

In 2017, the country shocked many international observers when it banned Wikipedia, a restriction that was lifted only this past January.

Netflix, which is the most prominent streaming service in Turkey, has already run into difficulties with Turkish censors and has had to edit content of its Turkish-produced programs, removing cigarettes and blurring suggestive gestures.

Yaman Akdeniz, an expert in online rights, wrote on Twitter that “a new and dark period in Turkey is starting.”

“The aim is to silence,” he wrote. “It is the intention of the government to clean its past from critical content including news coverage of corruption allegations as well as all sorts of irregularities.”

Even without the new bill, Turkey blocked access to more than 400,000 websites by the end of 2019, according to Akdeniz, whose organization, the Freedom of Expression Association, compiles an annual report on internet access in the country.

Quinn McKew, executive director of Article 19, an advocacy group for an open internet and free expression, said that the law placed companies in a difficult position.

“Social media companies face either becoming the long arm of the state censorship or having access to their platforms slowed so much that they are in effect blocked in Turkey,” she said.

Dallas sports technology duo created a robotic quarterback. The NFL is catching on 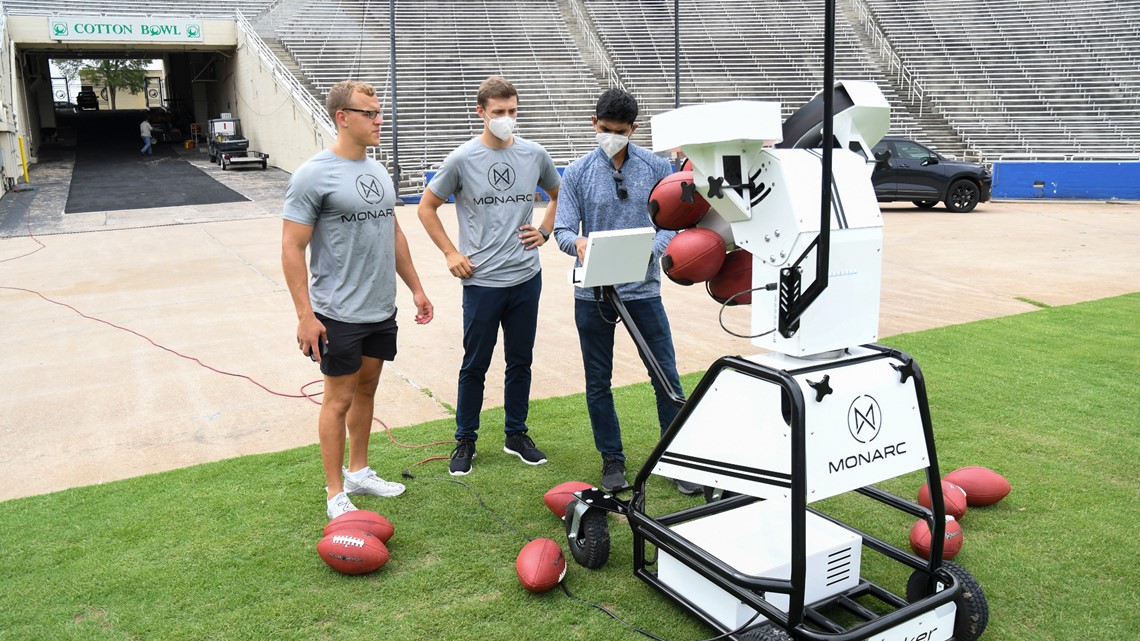