From the Trump administration perspective, suddenly forcing international students out of the country must have looked like three wins in one. It would have ejected mostly non-European immigrants, advanced the administration’s new demand that schools reopen their campuses despite the threat posed by COVID-19, and financially and academically harmed universities, which Trump views as bastions of liberal indoctrination.

Not to mention striking a blow against science, and especially against the nation’s leadership in scientific research, which has come about largely because of its globally admired university programs in engineering and laboratory science.

At least the odious preliminary directive was withdrawn Tuesday, though we don’t know how new students and those whose visas are ending will be affected. The original version would have required the international students to leave the country unless they attended in-person classes this fall. It would have given universities that are planning to offer only online courses until Wednesday to come up with in-person lesson plans for their international students. Seventeen states and the District of Columbia sued and the plan’s chances were looking iffy in court Tuesday.

Still, this ridiculous attempt shouldn’t be forgotten by the American public. It was a harmful and punitive measure for no purpose other than to be harmful and punitive, and it would have injured the nation’s economy as well as the noble purposes of higher education. About a million international students, more than half of them from China or India, pursue their studies in the United States. They make up at least three-fourths of the graduate students in computer science and industrial, petroleum and electrical engineering, and large numbers in laboratory sciences. This country is literally richer for their presence.

The United States is at the forefront in many of the sciences because of its outstanding STEM graduate programs. Silicon Valley wasn’t just an accident that sprang up in Santa Clara County; it came about because of the presence of Stanford and UC Berkeley. The biomedical industry in the San Diego area grew from the programs at UC San Diego. And these students are a major reason those programs remain robust.

Many students return home after graduation, but many others have taken on important roles in those

science, technology, engineering and math industries and in research programs in this country. While they’re here as grad students, they contribute $45 billion a year to the economy, according to the U.S. Department of Commerce.

The situation on COVID-19 is changing by the week, and in many cases not for the better. Like K-12 public schools, universities are trying to figure out a plan as the pandemic’s realities continually shift. They want to open but they can’t change the laws of safety and science simply because Trump and the reality of COVID-19 remain strangers.

Had the students dropped out of their programs, our universities would have been drained of teaching assistants, graduate students and the full-pay tuition that most international students contribute.

It’s true that there long has been an issue with foreigners using bogus claims of college studies to immigrate while they took courses at sham schools. But the administration knew perfectly well that the students it targeted are here legitimately, contributing to our higher education system, to our economy and in many cases, to our global leadership in science and technology.

Tue Jul 14 , 2020
HERNDON, VA — Like many other small businesses in the Herndon community, The Health Advantage Yoga Center was hit hard by the coronavirus pandemic. Susan Van Nuys, who has owned and operated the yoga studio at 1041 Sterling Road in Herndon since 2001, told Patch back in April her core […] 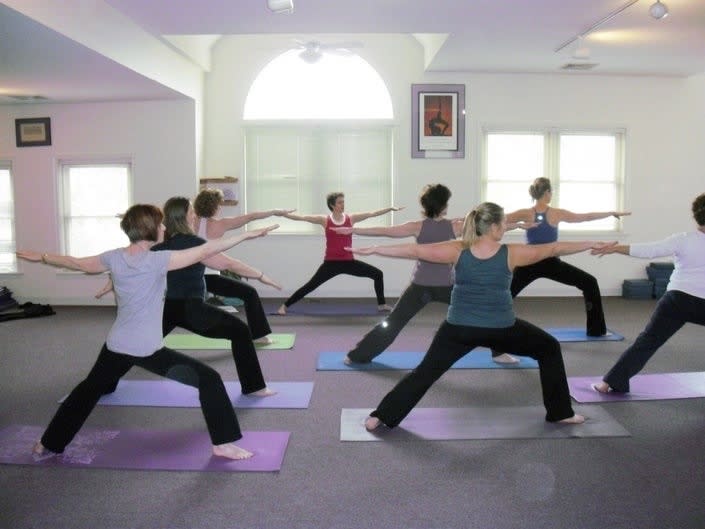