In July, Jessica Galvan, a 25-year-old resident of Springfield, Ill., started a cosmetology program at Midwest Technical Institute, forgoing a chance to attend a four-year college to obtain a bachelor’s degree. Though a prior conviction dissuaded her from even applying to a university, Galvan, who learned about Midwest through a family referral, found the trade school to be a better educational option based on one reason alone: the school provided her with a hands-on experience that she could apply in a potential career.

“I picked trade school over college just because it’s more hands-on and less time actually,” she told In The Know. “I really didn’t even look into college, like the four-year or anything.”

Galvan, who initially started taking classes virtually amid a pandemic but is now receiving instruction in person, said she takes one class every day from Tuesday to Saturday. The class only consists of five people, making it ideal for students who want more one-on-one time with their teachers.

“As long you main a certain attendance and you show them that you’re prepared to put in the effort, [the school does] have job placement,” Galvan said.

The truth, however, is that trade schools, as a whole, are increasingly becoming a viable and attractive option for those struggling to make sense of their education in the midst of today’s global health crisis. In the weeks following the outbreak in the U.S., college students have been forced to turn to online learning — and many aren’t particularly happy about it.

According to a June survey by College Pulse and the Charles Koch Foundation, 66 percent of students at public universities and 36 percent of students at private universities have taken online lessons, but 78 percent of all students believe that “online classes are a less effective way to learn.” Furthermore, the growing sentiment among many of these students is that they’re studying in the face of an uncertain future — one that doesn’t necessarily promise a career that is aligned to what the students might be majoring in.

Trade schools, on the other hand, offer a certain comfort that not all universities can: the skills trade schools teachers impart can directly translate to the job students are working toward. As a result, there is a level of job security.

“Skilled trade jobs have proven to be more stable than many other professions, as proven by the fact that many of these duties and jobs were deemed essential during COVID-19 lockdowns,” explained Joan Lindeman, a marketing director at American Higher Education Development Corporation, which operates post-secondary educational institutions.

Students at Galvan’s school, for example, can enroll in a number of programs that have been critical in the country’s response to the coronavirus, from phlebotomy to medical code training. For those who graduate and land a job, the pay isn’t necessarily as meager as one would think either. Phlebotomists in New York can make around $40,000, while those who are well-versed in medical coding and have more than three credentials can earn about $67,000.

And while four-year college graduates do ultimately make more than their trade school peers in the long term, the picture is more nuanced, according to Sarah Cashdollar, a doctoral candidate at University of Chicago whose research focuses on student transitions into college and the workforce. For one, earnings can depend on what major a student chooses during their post-secondary education.

“For example, a student who earns an associate degree in a healthcare-related occupation is likely to earn more than a student with a bachelor’s degree in arts, psychology, social work or education,” Cashdollar told In The Know. “A number of trade schools offer associate degrees and certificates that can lead to lucrative career options.”

Graduates of Full Stack Academy, a New York-based software engineering school, can certainly make some impressive money, especially if they decide to enroll in its coding program after attending college. According to the school’s website, an entry-level salary for a graduate-turned-web developer can average around $80,000 per year.

“I think the attitude that we try to inculcate in our own ethos is that we look at the market and we try to mirror what the market is doing,” Full Stack co-founder Nimit Maru, who has seen an increased interest in the school’s program in recent months, said. “So if software engineering is the thing that’s going to get people into a great job, then that’s what we want to be teaching right now. If tomorrow, that thing becomes cybersecurity, then we want to be teaching that.”

Maru and his co-founder David Yang, however, insist that they are not against the idea of attending colleges and only want to emphasize the additional value that a trade school like theirs, which has been in existence for eight years, brings during a precarious time.

“I think right now, more than any time, is a time for an alternative thinking about where you are in your life,” Yang said. “And so I would say [to] an 18-year-old [who is] taking a gap year from going to a freshman year is, [trade school] makes a lot of sense right now because there’s so much unknown about what that freshman experience is going to look like.”

But, perhaps the most telling advantages that trade schools have over four-year universities are the former group’s cost and length of their programs. According to the Midwest Technical Institute’s website, a cosmetology student can expect to pay $19,400 for a 13-month program. That pales in comparison to what a prospective four-year college student must consider. As the National Center for Education Statistics notes, the cost of attending a four-year public university — including tuition, fees, room and board — during the 2017-2018 academic year alone was approximately $17,797. The figure was much higher for private, for-profit institutions: $46,014.

“The average cost of two years of trade school is $33,000 versus $127,000 for four years of college,” Terry B. McDougall, a career coach and author of “Winning the Game of Work: Career Happiness and Success on Your Own Terms,” said. “That’s a lot of money to invest if the student isn’t interested in pursuing a profession that requires that amount of investment.”

Taking the $1.56 trillion student loan debt that nearly 45 million borrowers owe this year into account, four-year colleges can be less appealing to students who are still adjusting to adulthood. Ultimately, trade schools can provide the necessary space for many who are trying to figure out a career that works best for them, said Cindy Muchnick, a former high school teacher and co-author of “The Parent Compass: Navigating Your Teen’s Wellness and Academic Journey in Today’s Competitive World.”

“Students can blossom at different times. Some cruise though high school ready to tackle college, while others need more time to marinate and grow,” she told In The Know. “A generation ago, a high school graduate who attended a trade year might have been perceived as a student that did poorly in school or was not mature enough to leave home and go to college. Attending a trade school, though, offers teens time to learn a craft, some time to decompress from the pressures of a traditional academic or school classroom.”

If you enjoyed this story, you might want to read about the Ecuadorian student who set up a makeshift school underneath a tree.

Bored at home? You can take nearly 500 Ivy League courses for free

This beautiful bouquet is actually made of moisturizing soap

The post Trade schools might be a better option than colleges. Here’s why. appeared first on In The Know.

How to cut your tax bill

Sat Jul 25 , 2020
If you’ve been working from home over the past few months, you may well save on travel costs and lunches, but you’ll run up other bills, including heating and electricity. Some employers give their staff an allowance to cover those excess costs. But if they don’t, employees can still claim […] 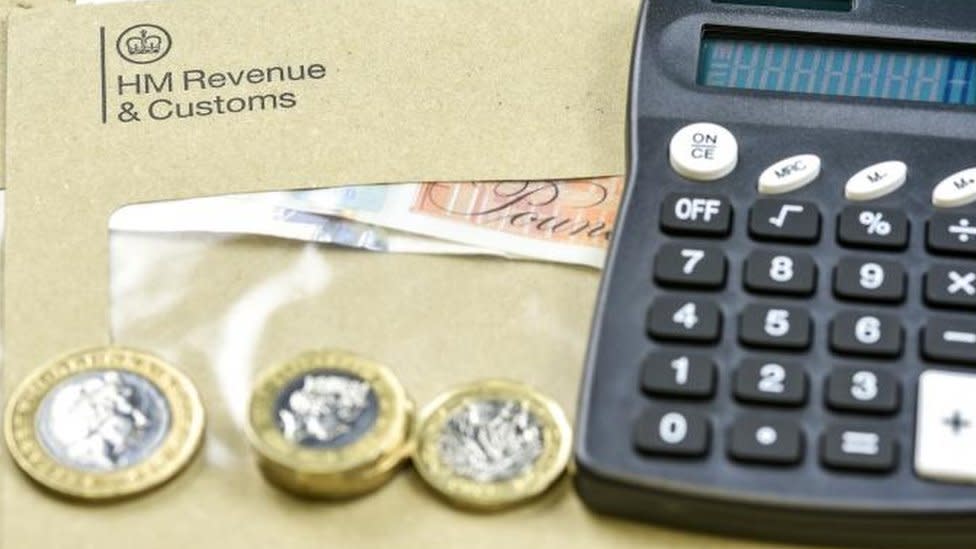