Brussels (AFP) – The social media phenomenon TikTok joined the EU’s disinformation code of conduct on Monday as tech giants seek to persuade Europe to back away from setting laws against harmful content online.

“We’re proud to sign up to the (code of conduct), to play our part,” said Theo Bertram, TikTok’s director of government relations for Europe.

The EU created the code of conduct in 2018 in which companies such as Facebook, Twitter and Google pledged to a series of actions, including closing fake accounts and committing to more transparency in political advertising.

The tech giants are eager to demonstrate the success of voluntarily taking action against harmful activity as they fear far more direct oversight by Brussels on the everyday operations of their platforms.

TikTok has become a global sensation with users sharing 15 to 60-second video clips on everything from hair-dye tutorials to dance routines and gags about daily life.

“Today’s announcement shows once again that internet companies take their responsibility seriously and are ready to play their part,” said Siada El Ramly, head of the EDiMA big tech lobby in Brussels.

Chinese-owned TikTok joined the disinformation group just as the EU published the latest of its regular reports monitoring the implementation of code of conduct for hate speech.

It showed that 90 percent of flagged content was assessed by the participants within 24 hours, a major improvement from just 40 percent in 2016.

It said that 71 percent of content confirmed as illegal hate speech was successfully removed, whereas only 26 percent was taken down in 2016.

The European Commission, the EU’s executive arm, is currently preparing a Digital Services Act that could make inadequate handling of illegal or harmful content punishable by law.

It could include “binding” measures for platforms to “clarify how they deal with illegal hate speech on their platforms,” he said.

In their campaign to dissuade the EU from stricter rules, big tech companies were comforted when a new hate speech law in France was struck down in court last week for violating free speech.

That law was widely seen as a potential model for the EU’s Digital Services Act that once passed could become a widely followed example for regulating big tech worldwide.

The Spanish learners lost to lockdown

Tue Jun 23 , 2020
By Sonya Dowsett MADRID (Reuters) – Out of 31 pupils in one of Madrid teacher Clara Mijares’ online classes last month, eight were missing. Two had not been seen for some time, she said, adding that this is a fairly typical ratio these days for her lockdown sessions for 12 […] 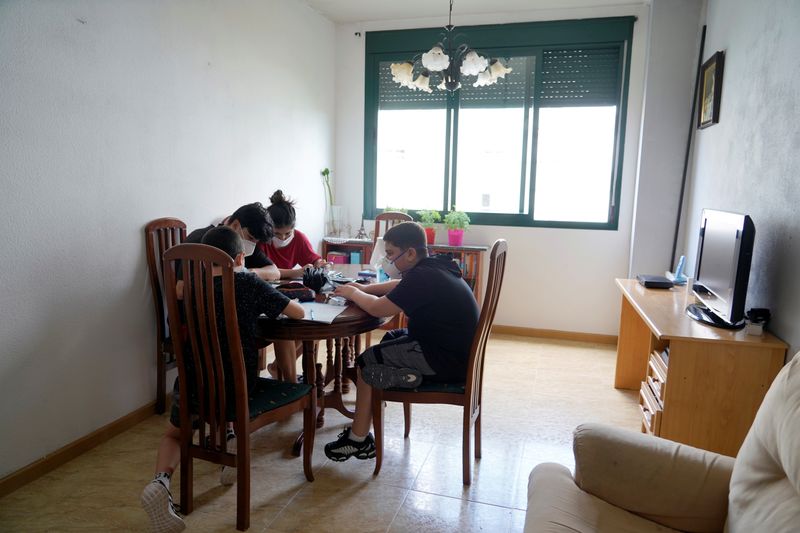