Introduced in the 1950s, the B-52 Stratofortress has remained in service thanks in part to the numerous upgrades it has received over the years. In fact, because it was introduced before the days of advanced computers, the B-52 has actually been at times much easier to update than more modern aircraft.

By contrast, the U.S. military’s highly advanced F-35 Joint Strike Fighter, which was developed with the latest and greatest aviation computer systems and software, has had no shortage of problems and bugs to work out, while upgrades have been anything but easy.

Since its introduction, the F-35s ground-based ALIS logistical system, intended to streamline reporting and implement predictive maintenance, has for years remained buggy to the point of “dysfunctionality” – requiring constant manual inputs and workarounds when automated systems failed to do what they were supposed to do.

The problem with software has been so great that earlier this year, the U.S. Government Accountability Office (GAO) even warned that the F-35 Joint Strike Fighter program, despite producing more aircraft and at negotiated lower prices in 2019, is not meeting the standards that the aircraft’s customers might have expected.

The good news is that the F-35’s next tech upgrade could address many of the issues, but the bad news is that it could also just add billions more to the cost of the aircraft Ars Technica reported this week.

The Tech Refresh 3 program for the fifth-generation stealth fighter will include an upgrade of the jet’s core processor and memory as well as replacement of its Panoramic Cockpit Display. Other “improvements” will include a radar upgrade along with some hardware tweaks to the hardware for the weapons-handling.

As reported, the vast proportion of the upcoming updates will be in software – but that has also continued to be an Achilles’ heel of the F-35 program, in part because the updates have been delayed and often result in new issues including software conflicts that then need to be worked out.

Intelligence Aerospace also reported that the Pentagon’s goal to update the fighter’s software every six months via a Continuous Capability Development and Delivery (C2D2) program has also been unable to keep pace with the new increments of capability as planned. One serious issue has been that software changes, which have been intended to introduce a new capability or to fix a deficiency, has in fact tended to introduced stability problems and has even adversely affected other functionality.

If the Tech Refresh 3 goes off as planned it could bring that new capability to the F-35 and address some of the larger issues. But it won’t solve every problem, notably the F-35’s Automated Logistics Sustainment System (ALIS), which has also reportedly been the source of frustration at the Department of Defense (DoD).

ALIS was developed as the fleet management backbone for the F-35, which could ensure an integrated interface to maintenance, supply chain and sustainment information. ALIS in theory could be the single management tool supporting all F-35 operations.

It also has had its own software problems, Ars Technica reported, and even worse problems caused by errors in the digital logs – the Electronic Equipment Logs – have resulted in the delivery of parts that were not ready to be installed, leading to hundreds of millions of dollars in additional costs.

Lockheed Marin is also reportedly continuing to work on fixes to the ALIS, but the DoD is now working to replace the system entirely with a cloud-based, jointly developed system, which has the colorful name Operational Data Integrated Network (ODIN). Add into that the GAO has already expressed concerns over ODIN however, citing a lack of clarity about the goals of the redesign of the fighter’s logical system.

While the F-35 continues to be an advanced fighter jet, there are times when it is clear that upgrading an old war bird like the B-52 is often a lot easier than working out the bugs in what should be a state-of-the-art fighter jet.

Peter Suciu is a Michigan-based writer who has contributed to more than four dozen magazines, newspapers and websites. He is the author of several books on military headgear including A Gallery of Military Headdress, which is available on Amazon.com.

Wed Sep 2 , 2020
Apple’s assembly partners Foxconn, Pegatron, and Wistron have all applied to participate in India’s $6.6 billion Production-Linked Incentive Scheme, in a bid for benefits for increasing production of smartphones in the country. India has been planning the PLI scheme for some time, with a goal to tempt large-scale manufacturers to […] 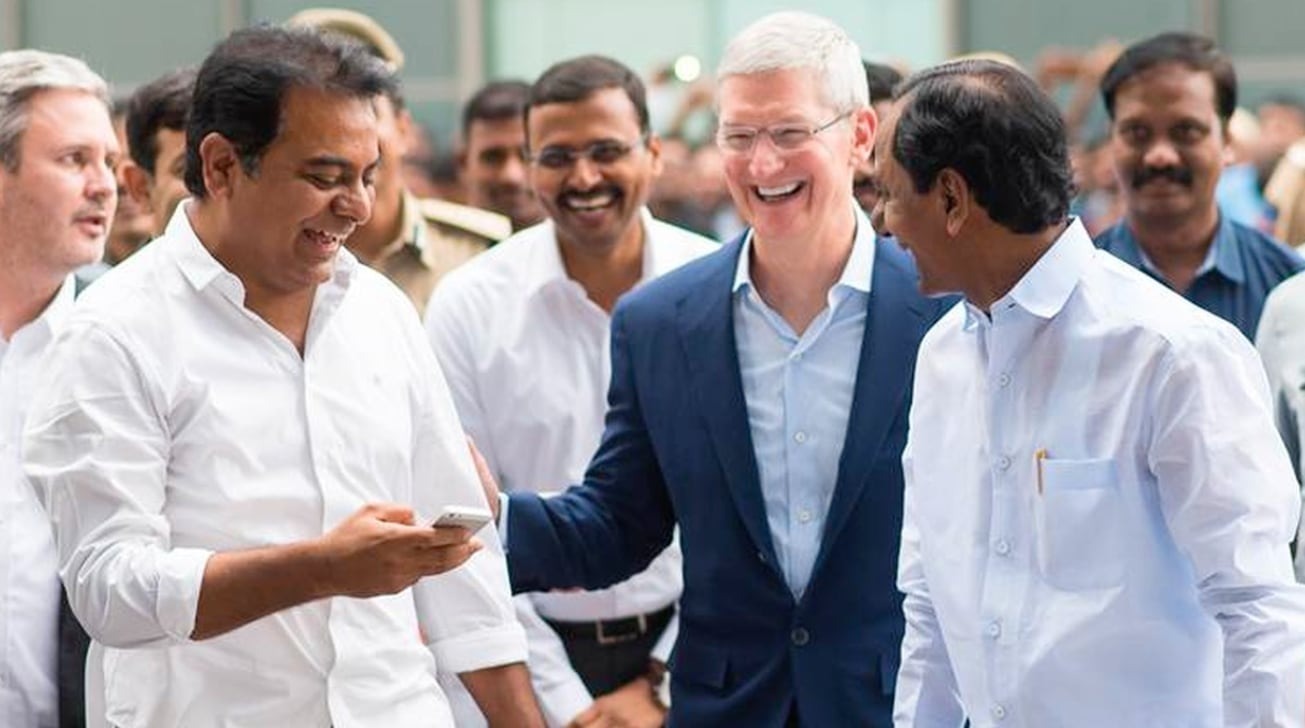