The CEOs of four tech giants will appear before Congress next week, where they’ll have to defend their companies’ growing power to skeptical lawmakers.

Amazon CEO Jeff Bezos, Apple CEO Tim Cook, Facebook CEO Mark Zuckerberg, and Sundar Pichai of Alphabet, which owns Google and YouTube, will testify as part of an ongoing investigation by the House Judiciary’s Antitrust subcommittee into the dominance of digital platforms.

Since June, the subcommittee has held hearings with smaller competitors, which have testified over the alleged monopolistic practices of these giants. Now, all four tech titans will appear together to answer questions based on the committee’s findings.

The hearing is scheduled for Wednesday at noon ET, sources tell Axios, after it was postponed from Monday due to a memorial for the late Rep. John Lewis.

Due to the ongoing global pandemic, the CEOs are expected to appear remotely via video call software. Lawmakers are hoping to get the hearings done in a day, and considering the expanse of issues on the table, that will be no easy task.

Here’s why each CEO has been asked to appear, the types of questions they’re likely to get, and what’s at stake for each company.

Google is currently the subject of multiple antitrust investigations from numerous state attorneys general, but Wednesday will be the first time since 2018 that we will see CEO Sundar Pichai go before Congress.

Lawmakers will likely be focused on Google’s dominance in the search and advertising market, so expect them to quiz Pichai on whether and how the company has kept a fair playing field.

Bloomberg recently reported that Google’s changes to search have made it more expensive for online businesses to reach customers – expect the committee to probe Google on these sorts of topics as it tries to unpack a vastly complex digital business.

Lawmakers may also interrogate how Google’s digital advertising business has profited from toxic content online. Similarly, they may also ask about hate speech on YouTube, although some of these topics could draw away the focus from antitrust issues.

Finally, it’s possible Google could get asked about China. In fact, it was Rep. David Cicilline of Rhode Island who grilled Pichai on China during the 2018 hearing, and the topic has come up again recently with reports that the company is still trying to find ways into the market.

Congress could also question Google about the antitrust investigations it currently faces from several different states. Earlier this month, Politico reported that California was preparing to launch its own investigation into the company, making it the 49th state to do so.

To date, Apple has managed to avoid more of the antitrust backlash than some other members on this list, but there’s a growing concern among lawmakers that the company’s App Store — and broader app ecosystem — is hurting developers.

Apple has restrictive rules for App Store developers, including a 15-30% tax on in-app purchases that third parties have long argued is unfair, though Apple says it’s in line with competitors’ rates. Spotify has been one of the most vocal about the subject, and last month Basecamp, developer of the Hey email app, also took its grievances public.

The App Store is Apple’s second-biggest revenue maker after the iPhone, but Apple’s own apps aren’t subject to the same rules as third parties, and it’s long been argued that this gives Apple another unfair advantage over competition.

One particularly murky area is Apple’s approval process for new apps, so expect lawmakers to try to probe some of the secretive behind-the-scenes mechanisms.

How do we know Apple is taking this seriously? It recently commissioned a study defending the 30% cut, which it says is similar to those charged by Google, Amazon, and other. That may be true, but the committee is likely less interested in the comparable size of the revenue share, and more interested in the other ways Apple might be hurting developers.

Facebook is likely to face scrutiny over its past acquisitions, which critics say Facebook has used as a tactic to neutralize competition threats.

Facebook has bought a slew of companies large and small in the 16 years since its founding. Its acquisition of Instagram and WhatsApp in 2012 and 2014, respectively, cemented Facebook as a global tech giant. In 2013, Facebook purchased Onavo Mobile, an app that uses AI to identify other companies that could make for good purchases. (Facebook later shut down the app after controversy.)

The Federal Trade Commission is already investigating Facebook over its recent acquisitions.

Lawmakers are also likely to question Facebook’s measures to stop the spread of misinformation and hate speech on its platform, especially amid the COVID-19 pandemic and run-up to the 2020 election. Those questions dominated Zuckerberg’s last congressional testimony, which had been framed as a hearing on Facebook’s cryptocurrency venture.

Facebook has faced prolonged backlash from Democrats for its refusal to fact-check posts and campaign ads from President Donald Trump. Scientists and public health authorities have also decried the spread of COVID-19 misinformation on the platform.

Amazon has already garnered heavy scrutiny from antitrust regulators in the past year over its treatment of third-party companies that sell products through its website.

A Wall Street Journal investigation in April found that Amazon frequently used data gleaned from third-party sellers on its site to shape plans to develop its own private label products — that revelation kicked off a sweeping antitrust investigation into the company in the EU.

More recently, dozens of investors and entrepreneurs told The Wall Street Journal that Amazon invested in their companies, gaining access to proprietary information, before launching competitors. Many of the startups were crushed in the process, and said they were unable to compete with Amazon once it launched its own service. Amazon denied the allegations that it used confidential information. “Any legitimate disputes about intellectual property ownership are rightly resolved in the courts,” a spokesperson told Business Insider.

Amazon could also face more topical questions regarding the COVID-19 pandemic, which has caused an unexpected surge in online orders and strained Amazon’s fulfillment centers.

The safety of workers at Amazon warehouses has been a point of contention. Several workers went on strike earlier this year to protest working conditions, and multiple Amazon warehouse workers have since died from the coronavirus. Amazon insists that it has provided ample protective equipment and cleaned its warehouses regularly to reduce transmission.

Wednesday’s hearings will also mark the first time CEO Jeff Bezos has ever testified before Congress in the company’s history. His history of feuding with President Trump and ownership of The Washington Post may also be a topic of questioning.

Sat Jul 25 , 2020
Chrissy Teigen found herself in “hot girl” water on Friday night. The 34-year-old cookbook author took to Twitter to partake in one of the online memes taking over the social media platform. She decided to join in on the fun by posting a joke about Megan Thee Stallion, which didn’t sit right with the singer’s fans. […] 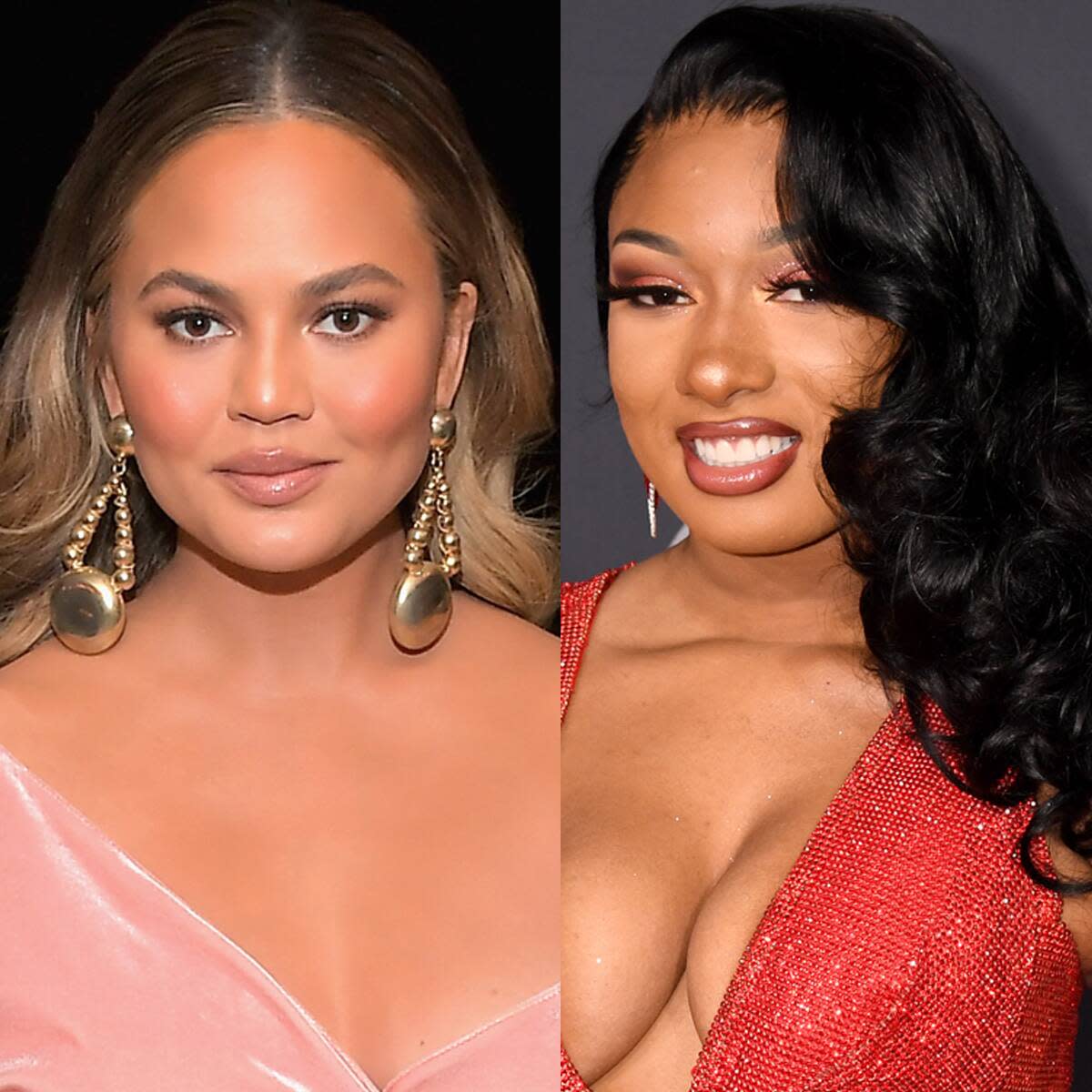