(Bloomberg) — Sony Corp. is developing subscription-based services for its semiconductor customers, moving beyond just selling chips and creating a new source of revenue within a $10 billion business.

The Tokyo-based tech giant set up a team last year to explore new business models for the group that provides image sensors for everything from Apple Inc. iPhones to Hasselblad V cameras. It leads the global market for smartphone cameras but is vulnerable to device cycles and overly reliant on Apple, Huawei Technologies Co. and a handful of other big brands. The company is now building a more comprehensive offering that includes a software platform to support and augment those sensors, Hideki Somemiya, head of the new initiative, told Bloomberg News in an interview.

The goal is to become a provider of solutions to companies that want to use sensors and analytics to optimize their business, offering them not just hardware but also software and support for a fee — akin to the way Amazon Web Services or Microsoft Corp.’s Azure support businesses’ online needs. Somemiya said the opportunity is especially big outside traditional sensors for photography use, in emerging areas ranging from autonomous driving to factory automation and retail planning.

“Most of our sensor business today can be explained only by revenues from our five biggest customers, who would buy our latest sensors as we develop,” Somemiya said. “In order to be successful in the solution business, we need to step outside that product-oriented approach.”

That means cultivating a service relationship as Sony has done with its PlayStation consumer business, which counts more than 40 million paying PlayStation Plus subscribers. Now that the gaming division is going through an arid patch of hardware sales in anticipation of the next-generation PlayStation 5, that subscriber base is keeping the division steady. Somemiya’s goal, shared by Chief Executive Officer Kenichiro Yoshida, is to bring the company’s semiconductor group to the same level of self-sustaining revenue.

“We often get queries from customers about how they can use our exotic products such as polarization sensors, short-wavelength infrared sensors and dynamic vision sensors,” Somemiya said. “So we offer them hands-on support and customized tools.”

Sony last month introduced a sensor chip with a built-in artificial intelligence engine, which Somemiya said can “free up hundreds of millions of people” who are currently working on identifying defects on production lines around the globe. The same sensor can also be used to inform retail stocking decisions, making sure products on shelves match what customers want. For those sorts of applications, Sony’s after-sales support is essential, Somemiya said.

Customer support is currently included in the one-time price of Sony sensors. But Somemiya said Sony would provide the service via separate subscription in the future. Made-by-Sony software tools would initially focus on supporting the company’s own sensors and the coverage may later expand to retain customers even if they decide to switch to non-Sony sensors, he added. Some European automakers are already making use of that arrangement.

“What we should get rid of is a rooted principle that everything should be by Sony,” Somemiya said. “We must be flexible in offering the best possible solution to challenges that customers face.”

Sony will seek business partnerships and acquisitions to build out its software engineering expertise and offer seamless support anywhere in the world. Somemiya said the sensor unit’s subscription offering is a long-term plan and shouldn’t be expected to become profitable anytime soon, at least not at meaningful scale.

A successful solutions business would strengthen the unit’s hardware sales, Somemiya said. His ultimate vision is of selling hardware as part of a solutions package.

“Maybe what we can do is you buy a camera system for a multiyear contract of services, and we make sure to upgrade the camera’s sensor to the latest every three years,” he said. “It’s not an easy thing to do, but that’s why it’s a value that we would be able to provide.”

Wed Jun 24 , 2020
Getty Images UK adults are spending approximately a quarter of their waking lives online due to the coronavirus lockdown, a study conducted by Ofcom has found. In Ofcom’s latest Online Nation report for April, the broadcast regulator noted that adults across the nation are spending an average of just over […] 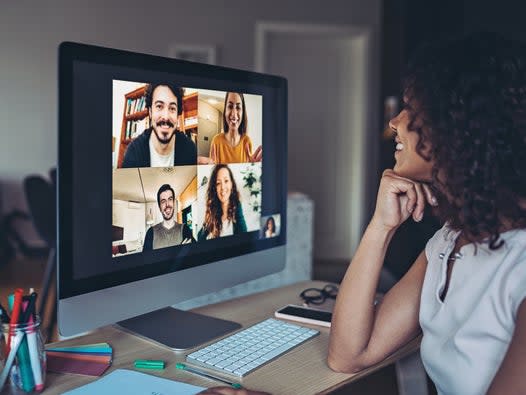