A new feature coming to Snapchat could make it easier to herd your friends into making a decision about what movie to watch or where to go on a post-quarantine Friday night.

Snap is releasing a product designed for allowing users to coordinate plans as a group, integrated into the platform’s text chat. Announced at last week’s Snap Partner Summit, Snap Minis offers a place on the platform for developers to create plug-ins that groups already using the platform for conversations can seamlessly access.

Although the feature doesn’t launch until later this year, Snap has teased the first set of Minis that will debut. The Minis draw similarities to apps integrated into Apple’s iMessage, through which users can quickly share photos and music, play games, exchange GIFs, and even make online payments.

Among the first set of Minis coming to Snapchat, one allows for group meditations through a partnership with Headspace, an effort to prioritize the “social and emotional wellbeing” of users. Some others are quite simple and silly: “Let’s Do It” lets a computer make a decision for a group of indecisive friends. “Prediction Master” allows users to make guesses on timely questions about the next NBA championship team or the next successful stock.

However, most of the first Snap Minis appear to be designed for a post-coronavirus world. Two of the Minis that seem the most alluring require a lack of social distancing. Atom, a platform for movie tickets, developed a Mini for groups to pick out movies together and individually purchase tickets — once movie theaters open up, of course. There’s also a Mini through which Snapchat’s millions of teen users can share and compare their class schedules — assuming students will be attending school in-person.

Once available, Snap Minis will be available right inside any chat with another user or group. They can be accessed by clicking on the rocket icon on the right-side of the chat screen, the same place where users can currently play in-app Games.

Snap’s debut of Minis came at its Partner Summit, the invite-only event the company launched just last year to compete with annual developer conferences from tech giants like Facebook, Apple, and Google. The Snap Partner Summit, which was forced to go virtual this year, has been a place for the company’s executives to debut new features and make announcements.

Snap also unveiled a new “action bar” for navigating Snapchat, additions to its slate of original content and games, as well as new augmented-reality features.

Tue Jun 16 , 2020
Thousands of families without broadband internet are to be given vouchers for six months’ free wifi access in scheme run jointly by the Department for Education and BT. Nick Gibb, the schools standards minister, said the move was designed to ensure the education of the poorest children in England did […] 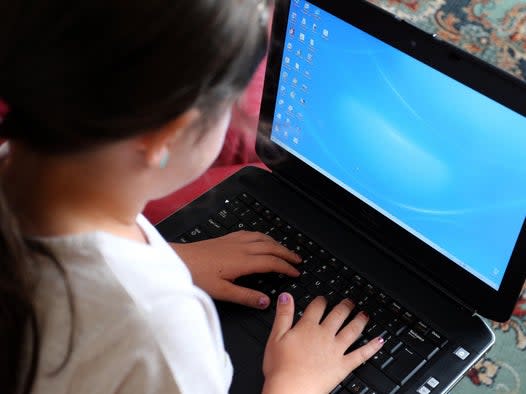