If you’re like many TV fans, this week you re-examined your TV streaming choices.

YouTube TV, which launched three years ago as a low-cost cable alternative for $35 monthly, chose a pandemic when millions are out of work to announce a 30% price hike to a whopping $65 monthly. (The 2020 charge had been $49.99 monthly.)

It’s still cheaper than most cable packages, which top $100 monthly, and YouTube, which boasts of over 2 million subscribers, has an advantage in no additional equipment and hidden fees, which cable is notorious for. But the price hike was such a cable-like move that many consumers cried foul. YouTube justified the decision by announcing new channels to the lineup, including MTV and Comedy Central. Many consumers said they didn’t want the new channels – just leave the pricing as is, please.

$$$$$: Cutting the cord: What now, after YouTube TV’s price increase?

Enter Sling TV. While YouTube TV is now the most expensive offering for streaming cable and local channels, Sling is far and away the cheapest, starting at $30 monthly. And Sling went out of its way this week to let those furious YouTube customers know that there will be no price hikes from Sling, through at least August 2021. (That is, if you sign up for service by 8/1/2020.)

So we decided to dive in and take a good look, again, at Sling, as a savings of $35 monthly is a lot of money, nearly $400 yearly. How much are you missing out by not having YouTube TV. How’s the interface? How’s the lineup?

Short answer: Sling TV isn’t as good as YouTube. But I don’t care. It does the job. I cut the cord for a reason. Not just to save money, but because I didn’t want to pay through the nose to get channels I never watched. And the streaming experience was better.

Start watching on the TV, finish on the phone, tablet or computer. A less cumbersome DVR that’s a one-click setup. And since YouTube is owned by Google and has followed my every move, it knows my tastes and could make some good recommendations.

But you know what? For that extra $35 extra a month, I don’t need Google’s recommendations. I can figure out what to watch, thanks.

Sling’s lineup isn’t as robust as YouTube’s, with 50 channels to the 90 from YouTube. If you’re a sports fan, there are way more regional sporting networks you may crave on YouTube.

Sling does have some sports as well, along with ESPN, but you have to be careful when you order. There’s the “Blue” package, which I signed up for, and doesn’t have the ESPN channels. For them, you’ll need the “Orange” package. Both are $30 separately, or $45 for the combo.

Like YouTube, Sling lets you sort the channels to only display your favorites, use a program guide to find stuff to watch, or just watch the shows you’ve recorded. (I paid an extra $5 for the DVR service.) The TV interface, which I watched via Apple TV’s streaming box, is interchangeable with the mobile app or viewing on computer.

Sling is at a major disadvantage over both YouTube and rivals Hulu with Live TV and AT&T Now (both $55 monthly) in offering local channels and networks. In Los Angeles, where I live, I was able to pick up the local NBC and Fox stations, but Sling says they’re not available in every market.

To those of you who would miss having CBS, NBC, Fox and ABC in your lineup, Sling recommends just connecting an antenna. That could work, but you might have some reception issues.

I’ve got another solution.

CBS All-Access has the complete CBS lineup and costs $5.99 monthly. NBC’s new streamer, Peacock, launching July 15th, will have much of the NBC lineup, but if shows are missing, you can sign up for premium version at $4.99 monthly. And for your ABC and Fox fix, the Hulu streaming service has those shows (along with NBC’s) for $5.99 monthly. Total cost: $48 and if you’d like to add cloud DVR (and you will) another $5 will get you to $53.

It’s a more complicated way to go about it, but it’s one option.

The better one, of course, is to vote with your wallet and cancel YouTube TV. If we don’t fight back against the price increases, and this nasty TV habit of throwing all these channels at us that we don’t want, prices will only keep up going more.

In making the announcement, YouTube actually made it easy for fans to show their disgust for the move, by including the link to cancel or pause the subscription.

Are you with me TV fans?

In other tech news this week

Facebook. Over 700 brands, including Starbucks, Coca-Cola and Unilever, joined the bandwagon to pause their advertising on Facebook, in protest over the social network’s stance regarding hate speech. The #StopHateforProfit campaign – launched June 17 by civil rights groups including the NAACP, Color of Change and the Anti-Defamation League – comes as corporate America grapples with racial inequality following the death of George Floyd while in police custody. Meanwhile, have Facebook fatigue? We offered some alternatives choices in a recent column, including MeWe, Cake and that old standby, LinkedIn.

Social networks got more proactive about trying to curb hate speech. Amazon-owned Twitch suspended the official Donald Trump channel – launched in October 2019 – for violating its rules against hate speech, while website Reddit banned a group devoted to Trump. Meanwhile, Facebook has removed a network of accounts, groups and pages on Facebook and Instagram connected to the “boogaloo” anti-government movement that encourages violence in the United States and YouTube said it banned six channels for violating its policies, including those of white supremacists David Duke and Richard Spencer.

Apple closed down 28% of its retail stores in response to the pandemic. By late in the week, some 77 stores that had reopened are now temporarily closed again. Others stores throughout the country are only open for pickup of online orders and by appointment for “in-store Genius Support.” The new temporary closures include 15 in California, another 10 in Texas, five of Georgia’s six locations, four of Nevada’s five stores and two more in Florida.

I weigh in: my favorite of the Facebook alternatives

This article originally appeared on USA TODAY: How does Sling TV for $30 compare to $65 for YouTube TV?

Sat Jul 4 , 2020
Click here to read the full article. One business’s loss is another’s gain. When Covid-19 forced brick-and-mortar shops to close their doors this spring, a boom in online sales ensued. As a pioneer of online shopping, Federico Marchetti, CEO and chairman of Yoox Net-a-Porter Group, was well-equipped to navigate the […] 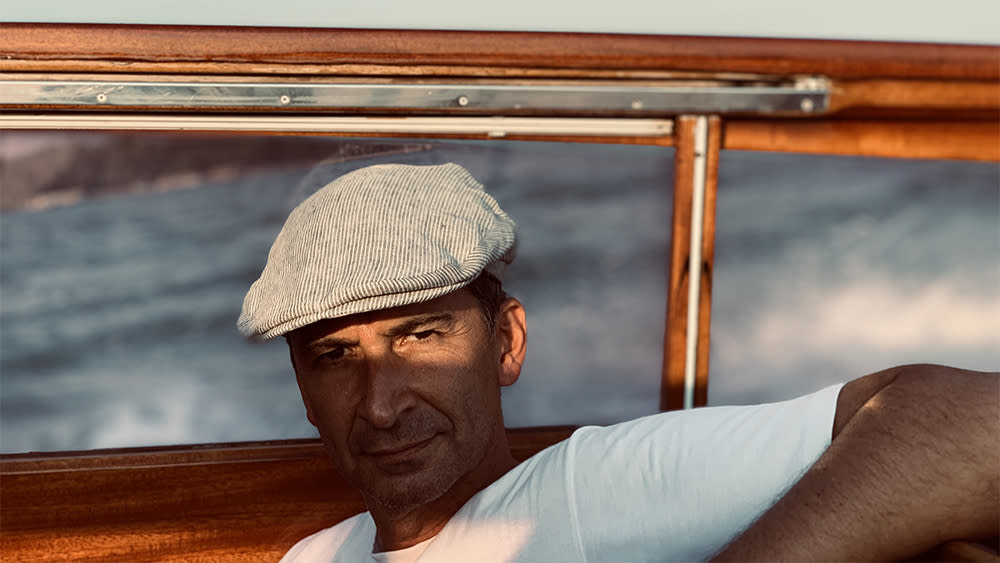