Restaurants “are hurting” due to the coronavirus pandemic, the boss of food courier Deliveroo has told the BBC.

“Even if restrictions are lifted soon, there’s going to be a long period of socially-distanced dining,” said Will Shu.

Deliveroo has expanded its UK customer base, with coronavirus accelerating the adoption of delivery apps, he said.

Speaking to the BBC’s Today programme, Mr Shu said that “Covid-19 really has marked a new era of delivery.”

“Since we started Deliveroo, there’s been this incredible adoption towards online and apps. But I think Covid-19 has brought forward this consumer behaviour by about one to three years.”

“On the other hand, our restaurant partners are hurting,” he said.

Although restaurants will be allowed to reopen in England on 4 July with social distancing measures in place, Mr Shu said that he believed that “there’s going to be an increased demand for delivery and collection.”

It comes as Deliveroo launches a new feature called “Table Service”. From 15 July UK users will be able to order food and pay through the Deliveroo app when they have a sit-in meal at participating restaurants, cafes or pubs.

The firm says it’s aimed at making social distancing easier when eating out.

“This is an important safety feature to give consumers confidence they can return to restaurants safely, and for restaurant staff, who will be able to work while minimising in-person contact,” Deliveroo said in a statement.

The firm has previously spoken out about the problems the hospitality sector faces during the pandemic.

In June Deliveroo organised a letter, signed by its partner restaurants including Itsu and Pret A Manger, warning that the sector faces mass job cuts without more help.

The action called for included slashing VAT on restaurant food and maintaining the Job Retention Scheme for restaurants while social distancing measures are in place.

The government has issued advice for pubs, restaurants and cafes in England set to reopen from 4 July. They have been encouraged to keep a register of customer details to help track and trace the spread of Covid-19 infections.

Diners will also be encouraged to book in advance, as well as ordering food and drink direct to their tables through apps.

However, Kate Nicholls, chief executive of UKHospitality, urged firms on Sunday to be weary of buying expensive apps.

“There will be a lot of ambulance-chasing on apps if we’re not careful,” she said.

“We’ve seen a lot of tech firms coming out and saying, ‘If you pay us for a quick fix, we’ll be able to make an app for you’.

“I’m fearful companies will be seduced into paying more for a tech solution before we know what the government is actually asking us to do,” Ms Nicholls said.

Deliveroo says that restaurants that use its new “Table Service” feature will not be charged commission.

Speaking to the BBC’s Today programme, Mr Shu added that while the firm had recently expanded its UK customer base, the hospitality sector was not one that had “been profitable”.

“We’ve been needing to invest in building up this business,” he said.

Last week the UK’s competition watchdog said it no longer had concerns about Amazon’s plan to invest in the food delivery service.

Internet giant Amazon announced plans to buy 16% of Deliveroo in May 2019.

The Competition and Markets Authority was initially concerned that the £440m deal would prevent Amazon from launching a rival company, which would increase competition and potentially lower prices for consumers, but it later changed its mind.

“This is the most consumer-obsessed company in the world, and we’re really proud to get investment from them,” Mr Shu said.

“It’s a huge boost of confidence in the UK tech sector as well as in Deliveroo.”

Mon Jun 29 , 2020
Severn Trent boss Liv Garfield – Heathcliff O’Malley Some of Britain’s biggest business have committed to cut their carbon emissions to net zero by 2040 as the UK gears up to host crucial international climate talks next year.  EasyJet, Pearson, Deloitte, Standard Chartered, Unilever and Severn Trent are among almost 50 […] 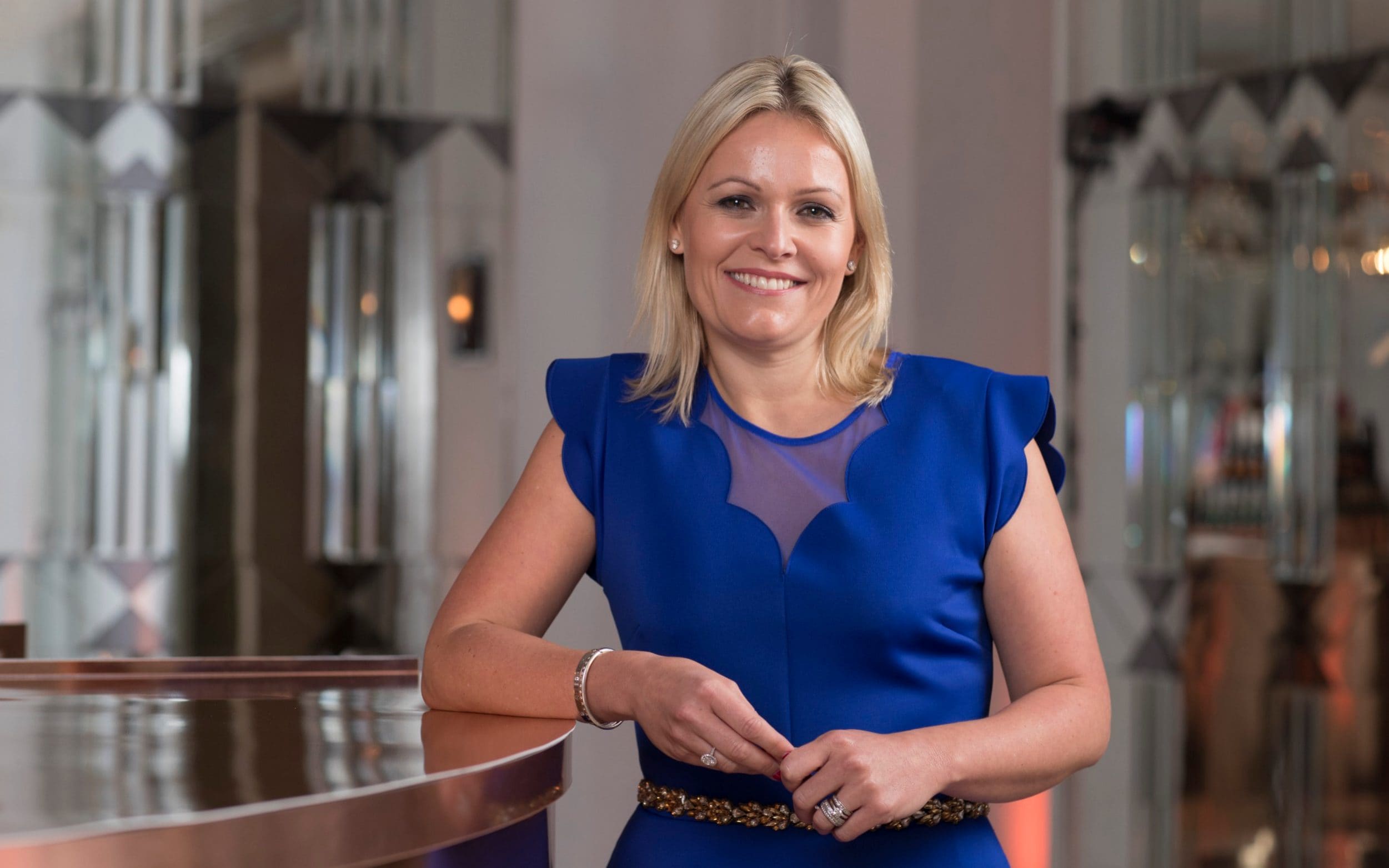