The coronavirus pandemic has had quite a major effect on retail. Overall U.S. retail sales plunged in April but rebounded in May, as e-commerce has grown while in-person sales have plunged. Then there’s home shopping.

According to a report in mid-May by The Hustle, viewership for networks owned by Qurate Retail Inc, which includes both Home Shopping Network and QVC, jumped 10 percent between March and May.

“The magic of QVC, HSN, and ShopHQ right now is that they sell products, not ads,” the report said. “QVC’s US culinary sales are up 40%, and its US yard and outdoor space listings are bringing in 65% more than last year.”

The New York Times had reported in late March that QVC should stand for “Quarantine, Value, Convenience.” QVC, the Times said, remained open even as most Pennsylvania-based businesses were closed in the opening weeks of the quarantine, under a condition in Gov. Tom Wolf’s order that “electronic shopping and mail-order houses” could remain open as essential businesses. The company did allow “all team members who could work from home to do so temporarily.”

What changes did the company make to make in regards to QVC? According to a transcript, published by Yahoo Finance, of the company’s quarterly earnings call on May 7, it was an early change in strategy.

“Across HSN and our worldwide QVC businesses, we quickly shifted the products we featured on-air to reflect the dramatic swings in the customers’ interest and buying behavior,” CEO Michael A. George said on the call, per the transcript.

“We tore up most of our on-air programming calendar and invested in new programs that would speak to the moment, such as Love Your Home with Rick! at QVC U.S., an afternoon on-air mini-series that leverages insights into trending categories of new viewing patterns, which is a notable increase in afternoon TV viewing.”

In its quarterly earnings, the company stated that “QxH,” the division consisting of QVC and HSN, posted revenue of $1.792 billion, a drop of 4 percent over the same period the year before. This was the majority of the $2.9 billion in revenue the company made overall in the quarter.

Through a complicated series of mergers and spinoffs, QVC is part of Qurate Retail Group, which was formerly known as Liberty Interactive.

Stephen Silver, a technology writer for The National Interest, is a journalist, essayist and film critic, who is also a contributor to Philly Voice, Philadelphia Weekly, the Jewish Telegraphic Agency, Living Life Fearless, Backstage magazine, Broad Street Review and Splice Today. The co-founder of the Philadelphia Film Critics Circle, Stephen lives in suburban Philadelphia with his wife and two sons. Follow him on Twitter at @StephenSilver.

Fri Jun 26 , 2020
If you’ve ever had the urge to start flipping real estate, there’s a good chance the inspiration came from Chip and Joanna Gaines. The veteran hosts behind HGTV’s Fixer Upper spent five seasons turning derelict spaces into dream homes. Now, their renovation empire has expanded to include a magazine, furniture […] 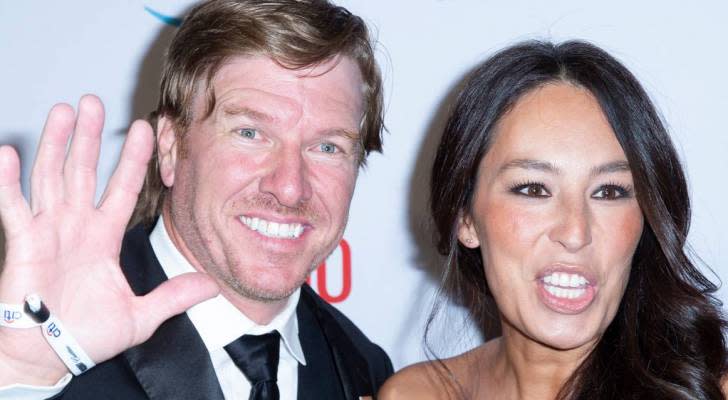