Prince Harry and Duchess Meghan have long championed causes that stand up against bullying, and more than understand the devastating and long-term societal damage caused by internet hate speech—and now they have taken their activism for the matter one step further.

A spokesperson for the Duke and Duchess of Sussex confirms to BAZAAR.com that Harry and Meghan are backing the Stop Hate For Profit campaign, which is calling for a global boycott of Facebook advertising over the company’s repeated failure to address hateful and racist content as well as misinformation on the platform. The Sussexes are throwing their weight behind the movement and have been working to encourage CEOs to stand in solidarity with the coalition of U.S. civil rights groups behind it.

“As we’ve been developing Archewell, one of the areas The Duke and Duchess of Sussex have been keen to address is online hate speech, and we’ve been working with civil rights and racial justice groups on it,” a source close to the couple tells BAZAAR.com. “Over the past few weeks, in particular, this issue has become even more vital and they have been working to encourage global CEOs to stand in solidarity with a coalition of civil and racial justice groups like the NAACP, Color of Change, and the Anti-Defamation League, which are calling for structural changes to our online world.”

A source working closely with the pair adds, “For a long time, The Duke and Duchess of Sussex have been working on how to move the tech industry in a more humane direction–this includes their longstanding advocacy for supporting mental health in the social media era, which was a key focus of a visit they convened at Stanford University back in February, and is also fundamentally connected to what they are building into their new organization Archewell.”

The source continues, “A common thread in these conversations was about how online platforms have created the conditions for hatred, bigotry, radicalism, and violence to grow and spread.”

The news comes as the couple continues to focus on Black Lives Matter, which has seen the Sussexes engage in a number of conversations with leaders and advocates who are pursuing racial and civil justice, including the NAACP, Color of Change, and the Anti-Defamation League, who are are part of the coalition of U.S. civil rights groups leading the Stop Hate For Profit initiative.

NAACP, America’s first and largest grassroots-based civil rights organization, thanked the couple for putting their weight behind the cause, writing in a June 27 tweet that the couple is “embodying the kind of leadership that meets the moment.”

The Stop Hate For Profit initiative has quickly gathered momentum since the campaign launched on June 17, when they called on Facebook advertisers to pause advertising spending on Facebook and Instagram for July 2020. They also demanded that the company addressed racism across all of its platforms.

“From the monetization of hate speech to discrimination in their algorithms to the proliferation of voter suppression to the silencing of Black voices, Facebook has refused to take responsibility for hate, bias, and discrimination growing on their platforms,” a spokesperson for Color of Change explains. “And what has allowed Facebook to continue racist practices is the $70B of revenue from corporations every year. Companies have a choice to make about whether they want their businesses featured on Facebook’s platforms side-by-side with racist attacks on Black people.” Companies like Verizon, Unilever, Coca Cola, and Ben & Jerry’s have already joined the boycott and the company is said to have already lost $7 billion from loss of ad sales.

The official website for the initiative goes one step further to condemn the platform, adding, “[Facebook] allowed incitement to violence against protesters fighting for racial justice in America in the wake of George Floyd, Breonna Taylor, Tony McDade, Ahmaud Arbery, Rayshard Brooks, and so many others. They named Breitbart News a ‘trusted news source’ and made The Daily Caller a ‘fact checker’ despite both publications having records of working with known white nationalists. They turned a blind eye to blatant voter suppression on their platform.”

Reaching the goal laid out by the campaign should be simple, although there has been heel-dragging in several parts of the industry. What Stop Hate For Profit want to achieve is: more support offered to people who are targets of hate, racism and antisemitism; the end of generating ad revenue from harmful continue and inaccurate or misleading information, and better safety for members or private groups on Facebook (including providing at least one Facebook-affiliated moderator per group with more than 150 members).

I’ve appreciated the thoughtful conversations I’ve had with the Duke and Duchess. Even more, I appreciate that they are using their platform to reach out to key corporations and share the goals of the #StopHateForProfit campaign. https://t.co/8kRLKeSPAJ

A Sussex source says that the couple believe “there is an urgent and pressing need to remodel the framework of our online public spaces in a way that is defined more by compassion than hate; by truth instead of misinformation; by equity and inclusiveness instead of injustice and fear-mongering; free, not weaponized, speech. [They] have been working behind the scenes to urge global CEOs to stand in solidarity with civil rights and racial justice leaders. They’ve spoken with CEOs across the product spectrum; tech and media, consumer goods, food and beverage, apparel, and others.”

While an official launch for Archewell isn’t likely to happen until 2021, this issue will be one of several at the heart of the Sussexes’ non-profit. “This,” adds the source, “is their organization is motion; they are committed to dealing with the here and now, the right now, and the long-term.”

Major car shows have been struggling for years. But, COVID-19 may mean their ultimate demise.

Sat Jun 27 , 2020
“The auto show was certainly on life support already,” said Jeff Schuster, lead auto analyst with consultancy LMC Automotive. “With the rolling cancellation of one show after another, the coronavirus may be speeding up their demise.” (Photo by Paul Hennessy/SOPA Images/LightRocket via Getty Images) The coronavirus pandemic threatens the future […] 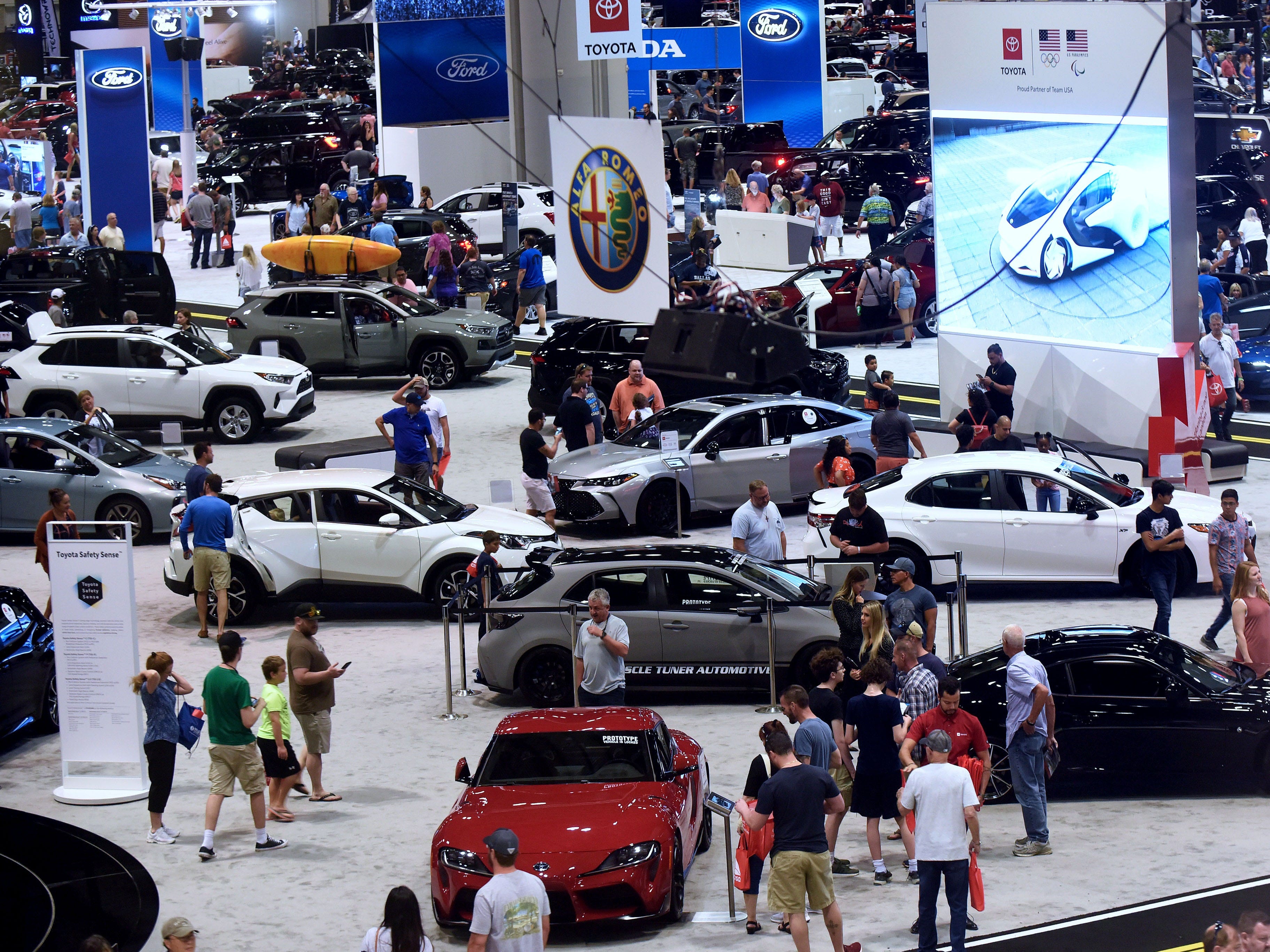