White privilege manifests in many different ways — in an undeserved promotion, preferential treatment at a fancy store, not fearing for your life in interactions with the police, or discovering in the past two weeks that anti-Black racism exists, just to name a few.

Here’s what we know: Jessica Mulroney threatened Sasha Exeter. Over the last two weeks, Mulroney, a 40 year-old stylist, TV personality, and uber-rich white woman, leveled multiple threats at Exeter, also 40, a Black Toronto-based influencer, blogger, and single mother. Late Wednesday night, Exeter dropped an emotional 12-minute video explaining that Mulroney “took offense” to a generic call-to-action she posted about the Black Lives Matter Movement in the wake of George Floyd’s killing. Though Exeter didn’t name anyone in her post, Mulroney assumed it was about her (a side effect of living in extreme privilege your whole life is thinking everything is about you).

“What happened next was a series of very problematic behaviors and antics that ultimately resulted in her sending me a threat in writing,” Exeter says in the video. The specific wording Mulroney used: “I have also spoken to companies and people about the way you’ve treated me unfairly. You think your voice matters, well it only matters if you express it with kindness and without shaming people who are simply trying to learn. Good luck.” In other words, Mulroney threatened Exeter’s livelihood. Imagine telling a Black woman that her voice doesn’t matter while people are literally chanting the opposite in the streets at anti-Black racism protests around the world. The caucacity. Mulroney has since apologized three times publicly, and privately threatened to sue Exeter for libel.

Imagine telling a Black woman that her voice doesn’t matter while people are literally chanting the opposite in the streets at anti-Black racism protests around the world.

This egregious display of white privilege and Amy Cooper tendencies has been categorized by multiple media outlets as a “dispute.” After Mulroney’s show I Do, Redo was pulled from CTV properties and she was rightfully dropped from her fashion expert gigs at Cityline and Good Morning America and as a bridal specialist at Kleinfeld, the headlines read, “Bell Media pulls Jessica Mulroney series after dispute with influencer” (Canadian Press) and “Jessica Mulroney Cancelled by ABC, CTV Following Blogger Dispute” (Vanity Fair).

Let’s be very clear. Exeter and Mulroney didn’t get “in a row over white privilege,” as the Telegraph put it, nor was it a “rift” or “private argument” as Fresh Daily described the attacks against Exeter. An Australian outlet said Mulroney was fired “over a racism argument.” I didn’t realize bigotry was up for debate.

Words matter. Language is important. Referring to what Mulroney did as “disagreement” or an “argument” puts some of the onus on Exeter, the victim. A “dispute” involves multiple parties. An “argument” is when two people go to blows. When Mulroney was attempting to backtrack in one of her many apologies, she said, “We had a disagreement and it got out of hand.” That downplays what really happened. It paints the situation as a squabble between friends. It doesn’t make it sound like the heir to the Brownstein fortune, wife to one of Canada’s most prominent broadcasters (Jessica is married to Ben Mulroney), and member of one of the most powerful conservative families in the country (Ben is the son of former Prime Minister Brian Mulroney) came for the livelihood of a Black woman with less social capital and way less power.

Words matter. Language is important. Referring to what Mulroney did as “disagreement” or an “argument” puts some of the onus on Exeter, the victim.

Exeter was the one threatened. She was the one who, in the middle of a global pandemic, feared for her future and her daughter’s future. Downplaying this offense also negates the harm Mulroney’s racist behavior has caused not only to Exeter, but to her colleagues at CTV, Canadian Television Network (the network that carried Mulroney’s series, I Do, Redo), who are currently working on a national special about racism, and to her Black friends, most notably Meghan Markle.

Elaine Lui, the executive editor and face of LaineyGossip who works with  Mulroney’s husband at etalk, wrote on her blog last week, “White privilege costs, in both blatant and insidious ways.” She pointed out how traumatizing this ordeal is for Exeter and her family but also that “the ripple effects continue beyond that immediate circle, as everyone professionally associated with Jessica Mulroney had to scramble to deal with a mess that they had no immediate part in creating, including other Black women.”

Which brings me to Markle, the other name dominating headlines about Mulroney’s transgressions. In most of the reporting of this story, Mulroney is referred to as “Meghan Markle’s Friend” like it’s her job title, not a personal detail. Mulroney brought the Duchess of Sussex into this shitstorm when she wrote, “I have lived a very public and personal experience with my closest friend where race was front and centre. It was deeply educational.” Aside from this making no sense, it’s basically Mulroney’s equivalent of I can’t be racist, I have a Black friend. Sure, Markle is the reason this story has garnered international attention and it’s understandable that the association would be mentioned, but by making it the focus, as journalist Ishani Nath pointed out on Twitter, “associating [Markle’s] name with this story makes it seem surprising that white women with Black friends can also be ‘problematic.’” I think that’s exactly what Mulroney was hoping when she invoked her friend’s name. She tried to use her relationship with Markle as a shield from criticism and consequences for her actions. The white privilege that Exeter called out is precisely why Markle is getting blowback online for something her white friend did.

We’re in a unique cultural moment. A reckoning, if you will. As protests rage from coast to coast fighting against anti-Black racism, the people impacted most by the pandemic of Black trauma are demanding to be heard. A few weeks ago, Exeter may not have had the courage to expose Mulroney’s threats. As fed-up Black people in the media speak out against racist bosses, white editors step down in disgrace, and toxic workplaces are uncovered (Refinery29 is one of the many companies that has been called out for anti-Black racism and unjust treatment of its Black employees), a real shift seems to be upon us. The Sashas of the world are refusing to be silenced by the Jessicas.

This is all comforting to me, a Black woman who has also faced intimidation from white people wielding their privilege. It gives me hope that Mulroney is losing gigs and that her attempt to take down Exeter backfired. But I’m also skeptical that in Canada, where Mulroney’s casual display of racism is all too common, that these consequences will stick. Media has watered down Mulroney’s anti-Black racism to a “dispute.” It’s worth noting that none of the statements from companies about parting ways with Mulroney used the word “racism” or name what she did. Mulroney is already enacting a plan to salvage her reputation, which includes asking Black women to do the work for her (she says she is offering Black women, including Exeter, to takeover her Instagram account to “share their experience”). Her husband is still employed at one of the Canada’s biggest media companies. Mulroney still has all the privilege and access in the world. And if you look at how the media has been covering the story, Mulroney seems like she’s one more apology away from a redemption arc. I hope I’m wrong.

I’ll leave you with Exeter’s parting words from her viral, Internet-shaking post: “Hopefully my voice will be heard by many and help change things for the next generation and for my daughter Maxwell… because I will be damned if my child ever has to deal with this level of ignorance.”

Like what you see? How about some more R29 goodness, right here?

The Pandemic Of Black Trauma Will Never End

Black Lives Will Always Matter, But Will You Care?

Read Before You Check In On Your Black Friend

Mon Jun 15 , 2020
Click here to read the full article. You don’t have to be a social psychologist to notice that daily life has been altered pretty drastically for people of all ages bringing many of us even closer with our devices. But for tech-obsessed teenagers, whose non-tech activities — school days, sports, […] 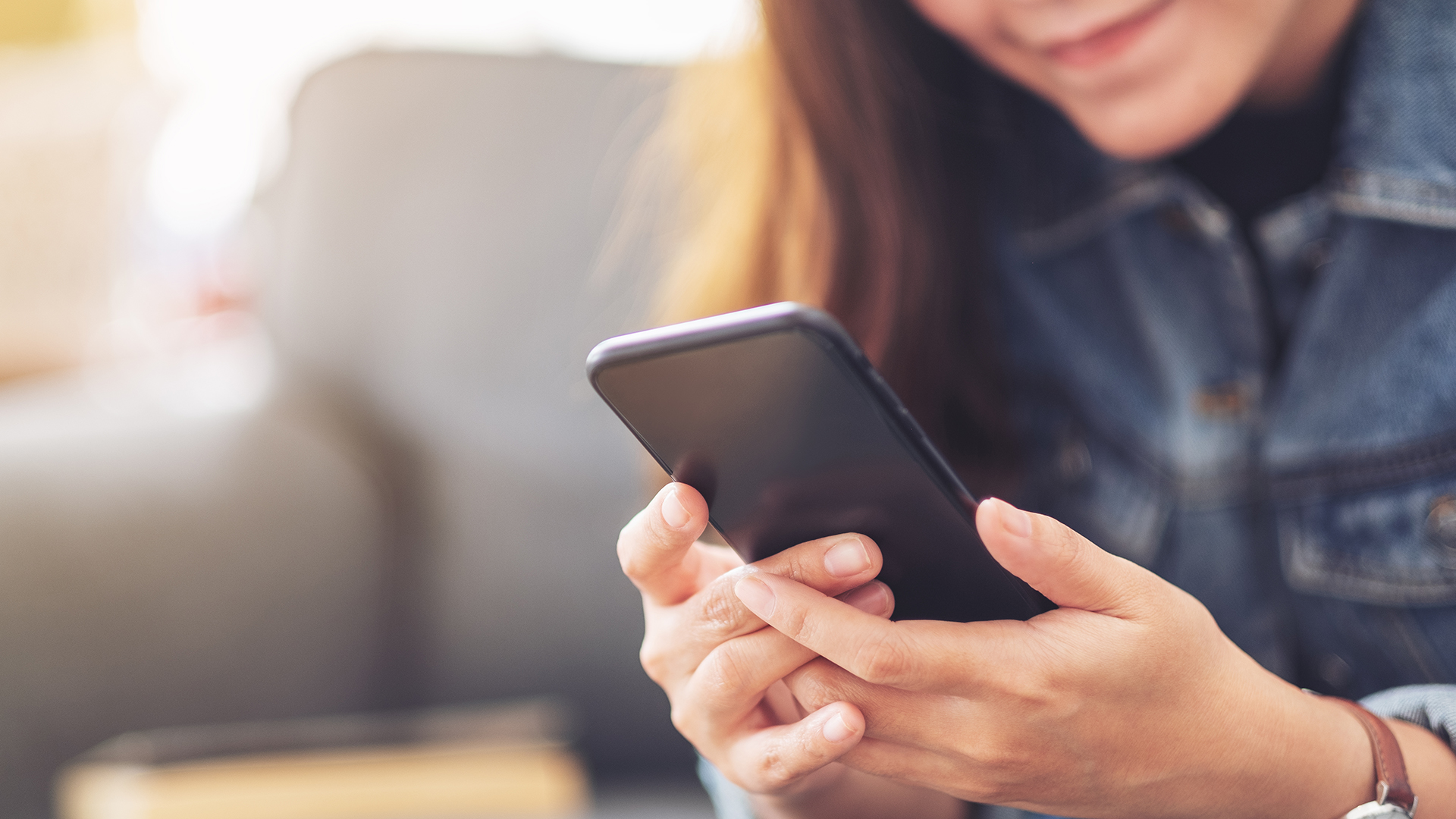