SEATTLE, WA — A Redmond resident who sold a phony COVID-19 vaccine will be paying up for the scam, including a payment of up to $12,000 to refund his victims.

In April, Washington Attorney General sent a warning letter to Johnny Stine, owner of North Coast Biologics, after learning that his company was selling a fake coronavirus vaccine for $400. No such vaccine exists: while there are many in early stages in clinical tries, none have been approved for widespread use.

After Stine failed to heed the cease and desist, Ferguson filed a lawsuit last week, and as a result won a legally binding agreement that will repay Stine’s victims. Under the consent decree, Stine will pay $8,500 to the state for the cost of the case, and will have to refund all of the patients his company sold the fake vaccine. The Attorney General’s Office is now reaching out to all of Stine’s victims. If they all can be found, Stine will end up refunding a total of up to $12,000.

Additionally, $30,000 is being suspended to ensure that Stine doesn’t turn around and begin selling the vaccine again.

“Mr. Stine marketed a fake vaccine when Washingtonians felt particularly vulnerable,” Ferguson said. “That’s not only morally wrong—it’s illegal. This resolution ensures Mr. Stine refunds the individuals he swindled. He will pay an even steeper cost if he ever tries it again.”

Ferguson’s office says that between early March and through April, Stine sold and “administered” his fake vaccine to at least 30 people, most of whom were Washington residents. At one point, he allegedly used Facebook to try to scam the Mayor of Friday Harbor and fought with several San Juan Island residents online when they didn’t believe his claims. In select posts Stine claimed he had developed the vaccine in “half a day” and that he had tested it on himself and become immune to the virus. As the Attorney General’s Office writes:

In one Facebook post, Stine claimed his vaccine made him immune to COVID-19 and he had sent his product to China for testing. He later posted he would not wait for any health agencies to create or approve a vaccine and noted he would not “wait several months for something so trivial it took me half a day to design???? OMFG!” He also noted “coronaviruses are easy as [expletive] to make a vaccine against.”

Protecting against other scams

The Attorney General’s Office says that this case is a good reminder that everyone should be wary of potential coronavirus-related scams, and they’re offering a few tips to help residents spot a deal that’s too good to be true:

Victims of scams or unfair business practices during the pandemic are also encouraged to reach out to the Attorney General’s Office by filing a complaint on their website at www.atg.wa.gov/file-complaint.

This article originally appeared on the Seattle Patch

Bookshops on the battle with virus and Amazon

Tue Jun 23 , 2020
Bookbugs and Dragon Tales owner Leanne Fridd has been running online storytelling sessions Before lockdown, the number of independent bookshops in the UK rose for three years in a row. But the pandemic drove customers online – and shops had to get creative to survive. Running an independent bookshop can […] 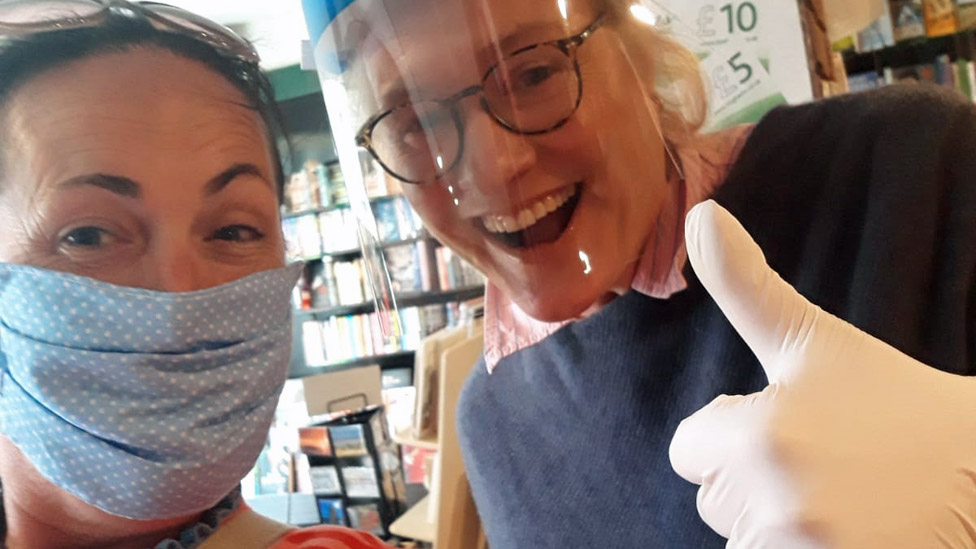