The dust has settled after the first day of trading for non-essential shops in England since the coronavirus lockdown almost three months ago.

Bargain hunters and spendthrifts alike descended on the High Streets, with some retailers seeing long queues and others reporting a quiet start to trading.

So what was it like for the people staffing and running those shops?

Neeraj Chadda, who manages a Currys PC World megastore in London, says he loved being back.

He hadn’t put a suit on to turn up to work in weeks. “I was just happy doing that today,” he said.

And he wasn’t the only one who was pleased that the shop at Staples Corner was able to open its doors again.

Mr Chadda said people were queuing for about an hour to enter the store, which could only allow a maximum of 67 customers in at a time to facilitate social distancing rules.

Things have changed behind the scenes as well. He has had to implement a one-way system in the store’s warehouse and make sure there is enough protective gear for his 130 employees.

Compared with a typical Monday in June, Mr Chadda says the store saw at least four times the number of people walk through its doors when they reopened after almost three months in lockdown.

Some retail experts have predicted an initial sales surge from pent up demand, followed by a slump. But Mr Chadda, who has worked in the sector for a quarter of a century, is more optimistic.

“I think this week will be a good guide to what happens ahead,” he said. “People have been through the lockdown. At some point, all of us need something near normal. I still think people have that desire to have a look at the product.”

The 155-year-old business opened its doors for the first time in three months on Monday – but by appointment only.

Managing director William Skinner – a fifth-generation tailor – said he had seen two customers on Monday. And he expects the rest of the week to be similarly slow.

Normally, he would have about 75 appointments a month in the diary and then he would welcome walk-ins on top of that.

“But,” he said, “this is the first official week back. People have been waiting to do this and they’re quite excited to carry on the process of having their clothes made.”

He does not think demand will return to normal until people are able to fly more easily. “We need to travel a lot with our business,” said Mr Skinner, whose employees cross the world to meet clients, take measurements and fit suits. They also travel to see him.

“In the meantime, we’ll just have to rely on sending them patterns and them ordering clothes over the internet,” he said.

David Edwards, senior interior designer at furniture store BoConcept, in Manchester, said his first day back to work was “busy” but enjoyable.

That typically means a couple seeking to spruce up their home in the midst of lockdown will have the entire shop to themselves for an hour, guided round by a shop assistant and provided with gloves, masks and hand sanitiser.

After each appointment, the showroom is cleaned, ready for the next visit. Obviously customers who have an hour to spare are mostly committed to making a purchase.

Mr Edwards says some of the people in the shop for the first day’s trading were looking at “full living-room projects”, involving new sofas, coffee tables, lamps and other accessories.

Some of these were being worked on during lockdown and are now close to completion, so the customers have come to see the final plans.

Others had more modest needs: “They moved into somewhere just before lockdown and just want a few key pieces,” he said.

He added: “We’ve had about 10 customers in today. We’ve asked them about it, and they feel it’s a relaxed, enjoyable shopping experience.”

Alex Robertson owns the Head in the Clouds zero-waste shop in Bishop Auckland, County Durham. It sells a range of sustainable food and cleaning products, as well as plastic-free gifts.

“It was really nice to have everyone back,” she said. “Everyone was taking it seriously and being quite conscientious.”

Ms Robertson has introduced a one-way system in her shop and allows no more than two family groups in at a time. Anti-bacterial wipes and hand sanitiser are provided for customers.

“It was really busy. We sold quite a lot of things,” she said.

“We had one or two people that were just coming in to look, but most people were there for a purpose.”

Ms Robertson says she caters to people with a “shop local” ethos who want to know where their goods come from.

“In my business, especially, a lot of people don’t want to shop online,” she said, adding: “They know they can get what they want here in the city centre.” 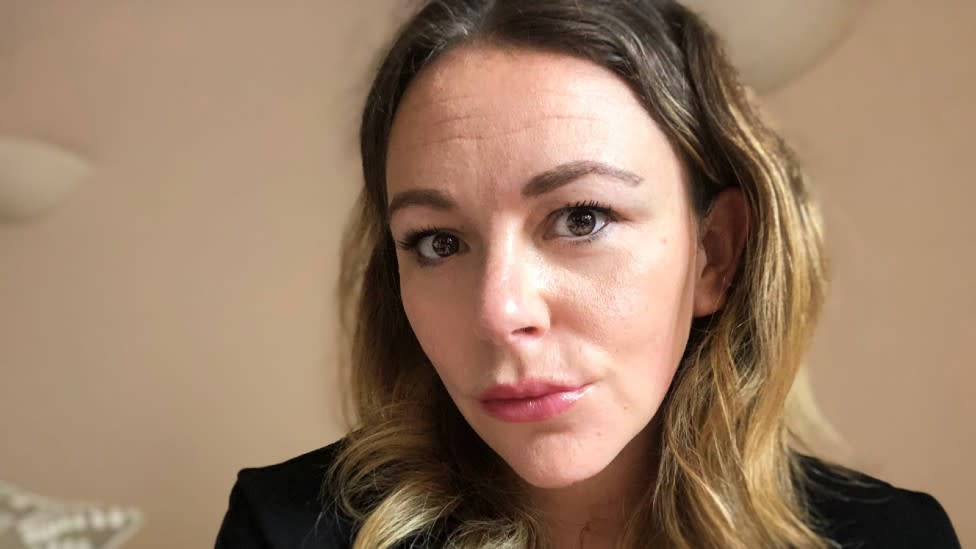