PARSIPPANY, NJ — Riya Dadheech was only 12 the first time she heard heartbreaking stories about people suffering from various illnesses and who didn’t have the means to properly seek the treatment they desperately needed. The more stories she heard, the more such stories resonated with a girl who considers herself fortunate to have everything she needs.

Determined to make a difference, Riya — who is now 14 and will begin high school this fall at Morris County School of Technology in Denville — launched her own organization, Purple Paint, to reach people in need. It began as a girls education initiative in 2018 to help raise money to build toilets for impoverished schools that don’t have proper bathroom facilities; it now includes efforts to help local families who struggle with food insecurity during the coronavirus pandemic.

Riya and a small band of middle and high school volunteers from the Parsippany area launched Classes 4 A Cause in April to raise money to support local food pantries and soup kitchens. The group will introduce its first virtual summer camp Monday that will continue to raise funds to help the needy, both in Parsippany and beyond.

“I really want to be able to give back to my community, even if it’s just a little bit,” Riya told Patch in a telephone interview Friday. “I just want to be able help out, especially during these times.”

She added: “I just wanted to be able to help other people — not just myself and my family but other people, even people I don’t even know.”

From just two sessions of online classes that Riya and her friends created as the pandemic was impacting the country, the group has already raised $2,500 for local food pantries and soup kitchens and has donated more than 1,000 pounds of food. Beginning Monday, the group will begin 45-minute virtual summer camp sessions that will run over six weeks. As part of the virtual camp, participants can take classes in art, foreign language, coding and other interests, with 100 percent of the profits going to help provide food for needy families.

Students pay $100 per week to participate in two classes that will be held virtually. Each day begins with a 25-minute yoga session before classes launch and finish up by 2:30 p.m., with a time of trivia or a game played on the Kahoot! platform. The classes are designed to provide students with a way to spend their time when other recreational options are not available due to the COVID-19 pandemic. But the bigger mission is to help others: Every dollar received as part of the camp will be donated to local organizations providing food.

This week, the group made a donation to the food pantry at Parsippany’s St. John The Apostle Church. It has also made donations to other area not-for-profits including the Interfaith Pantry in Morris Plains and the Parsippany food pantry.

“It’s just a really good feeling to know that we’re able to give back to our community, especially in these times when so many people are suffering,” said Riya, whose Purple Paint initiative has raised $35,000 and helped to build 40 toilets for schools in India, Africa and Pakistan. “Knowing that we’re able to help these people and give food to families and children is just a really good feeling — especially because it’s people we don’t know — and to help people and just put a smile on their face.”

Riya’s Classes 4 A Cause initiative has expanded beyond New Jersey and has participants as far west as Colorado. While her efforts have been directed mainly at assisting local families, she hopes that one day she can continue to expand her assistance to a global audience. She has even considered the possibility of adjusting the camp’s time schedule to accommodate students in other parts of the country — or the world.

Ultimately, she said, the mission is to support “our own world” — a goal that impresses Riya’s father, Anil, who has always wanted to make sure that his daughter grew up understanding the need that exists in so many places around the globe. He has regularly taken Riya to charity galas and balls to continually open her eyes to the need around her.

While Anil Dadheech jokes that he is always “catching up” to his daughter, he remains extremely proud of the initiative that his daughter has taken to impact her community.

“I have no words really,” Dadheech said Friday. “It’s an amazing thing to help someone in our community, especially. But we continue to encourage her — it’s more about supporting her and her goals rather than (about) being in the middle of it and stopping her. We’re always there for her.

This article originally appeared on the Parsippany Patch

From ‘Evil’ to ‘Servant’ and ‘Defending Jacob,’ Writers Are Leaving Room for the Audience to Be Author

Fri Jul 10 , 2020
Click here to read the full article. “The Killing” may have been ahead of its time. Veena Sud’s crime drama, which first ran on AMC and was later picked up by Netflix, delivered a 13-episode first season in 2011 that declined to solve the central mystery of who killed small-town […] 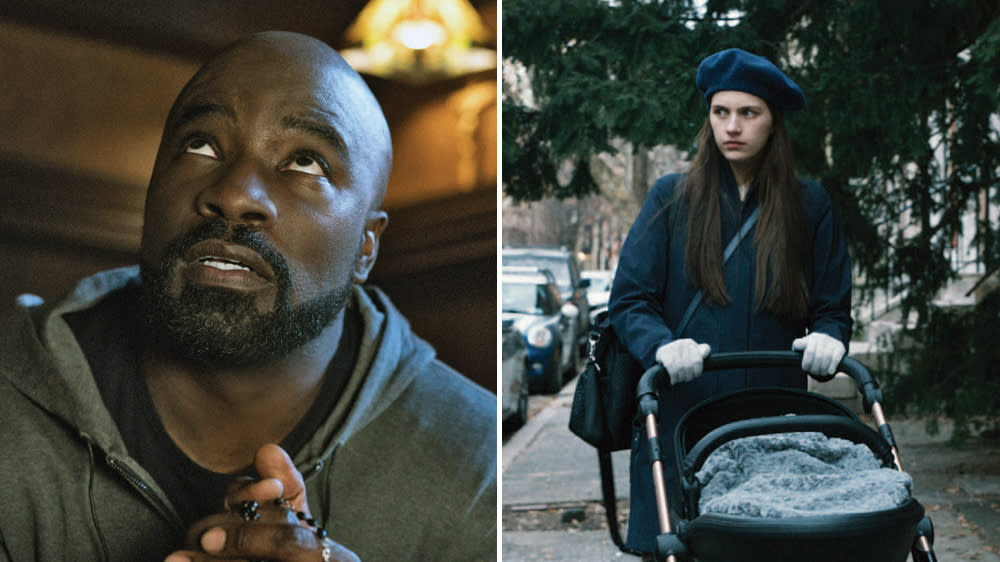