The coronavirus pandemic has only compounded the financial challenges faced by the Black community. Black entrepreneurs, for example, were disproportionately affected, with a 40% drop in the number of working Black business owners ― a far greater percentage than any other racial group.

One way you can help solve this disparity is by supporting Black businesses. And a new campaign, My Black Receipt, aims to make that a long-term practice among consumers of all backgrounds. Here’s how to participate.

What Is My Black Receipt?

My Black Receipt is an initiative started by Black upStart, an organization that trains Black entrepreneurs to start job-creating businesses. Kezia Williams, the CEO, noted that, according to the last census, there were 2.56 million Black-owned businesses but only 109,000 of them had at least one paid employee.

Black upStart used to be a classroom-based business. But once the coronavirus pandemic hit, like many other businesses, it had to be taken online. Then over the past couple of weeks, civil unrest started unfolding. “We asked ourselves: How can we continue to support entrepreneurs during this time, especially since there is a call to action right now for people to buy Black and support Black-owned businesses,” Williams told HuffPost.

To answer that question, she partnered with colleagues from several businesses, including Broccoli City, HBCU Wall Street, Knox St. Studios and WeBuyBlack.

“Usually, when people buy Black, it’s in response to a boycott,” Williams said. She pointed out examples such as when H&M came under fire for featuring an image of a Black boy wearing a “coolest monkey in the jungle” T-shirt, or when a Starbucks manager called 911 on two Black men for attempting to use the restroom. Consumers fought back by supporting Black-owned businesses instead, a response Willams said was honorable. However, “there was no measurable way to see what our collected impact was.”

And so, because the goal of these founding organizations is to make change over time, they decided to pair the Buy Black movement with a measurable, technical tool.

From Juneteenth (June 19) through Independence Day (July 4), consumers are encouraged to buy from Black-owned businesses and use the tool on MyBlackReceipt.com to report how much they spent and upload the receipt. The goal is for consumers to spend and post at least $5 million in purchases by the end of the campaign.

There is also an opportunity for business owners to join a preferred shopping list, a directory of Black-owned businesses that users can select from when uploading their receipts. Nearly 7,000 businesses from 15 countries have added their names to the list. Among them are Mayvven, one of the largest companies in the ethnic hair care and products industry, and Aunt Dot’s Sweet Shop, a small company based in Lodi, New Jersey.

“The diversity on the list is really empowering,” Williams said.

You can also make a tax-deductible donation to My Black Receipt. Williams said that 100% of the funds are used to pay for the developers and designers who built the technology. All founding members have contributed financially to the project as well.

On Thursday, Yelp announced that it partnered with My Black Receipt by giving businesses a way to self-identify as Black-owned on the platform (if they choose to opt-in) with a free searchable attribute.

“We’re proud to team up with My Black Receipt to help amplify this important movement to support Black-owned businesses at such a pivotal time,” Tara Lewis, a director on Yelp’s Community team, told HuffPost. “It’s inspiring to see the outpouring of support for the Black community across the country, and we’ve seen that reflected on Yelp as well with a 35-times increase in the frequency of searches for Black-owned businesses in recent weeks.”

Lewis added that by partnering with My Black Receipt, Yelp hopes to help this movement reach its goal of economically empowering the Black community by making it easier for consumers to find and support Black-owned businesses. “This is just part of the initial steps we’re taking as part of our commitment to change, and we’ll continue to explore different ways to take action in addressing the challenges faced by the Black community.”

‘Buying Black’ Needs To Be More Than A Trend

As Williams pointed out, consumers are quick to promote Black-owned businesses following some sort of transgression by a major corporation. But for these boycotts to really make a difference, they need to be part of a long-term commitment rather than a short-term reaction.

“We are starting to talk about how this technology can incentivize buying Black long-term, not just in response to protests, and how we can build community around the recirculation of the dollar using technology,” Williams said.

One of the biggest resources at their disposal is the aggregate data collected from the project, which should provide insight into spending patterns, sectors and cities with the highest spending, whether people are choosing online versus brick-and-mortar businesses, and more.

Following the My Black Receipt campaign, the team plans to put this data into a report. “We’re going to release that report to the public so that people can understand how buying Black works with consumers and allies, and also how much people spend, on average ― at least among those who participated.”

Where To Donate To Support Black Lives And Protesters

By Keeks With Love

Can Did Art Accessories

Fri Jun 19 , 2020
Coronavirus outbreak, which has infected more than 8 million people to date, globally, per John Hopkins university data, led to a spurt in usage of cloud services on the back of work-from-home, web-based learning and remote health diagnosis wave. Markedly, the usage of cloud storage, collaboration apps, video conferencing and […] 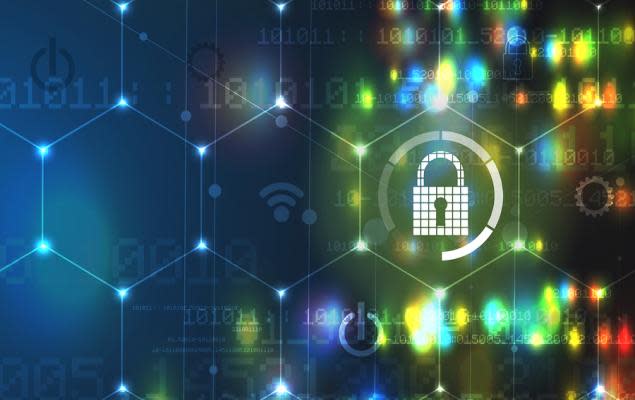