When the Dodgers open their season Thursday, Major League Baseball would you like to watch with your phone in hand.

With ballparks closed to the public because of the coronavirus, at least for now, fans will experience the 2020 season almost entirely through television. What better time, the league believes, to get fans hooked on betting on baseball?

Not actual betting, of course, at least not through MLB. But the league plans to tempt fans to bet on the results of games, and on plays within those games, with contests that offer cash prizes.

Will the Dodgers win, or will the San Francisco Giants? How many batters will Clayton Kershaw strike out? In his next at-bat, will Cody Bellinger hit a home run, reach base some other way, strike out, or make some other kind of out?

“There’s no sports betting element in any of our apps,” said Chris Marinak, MLB executive vice president. “It is important we stick to gaming.”

The difference: You don’t pay to play, you collect points, and you could win a few bucks.

The MLB gaming apps all are “presented by BetMGM,” two years after MGM signed an agreement to become the first official gaming and entertainment partner of MLB.

Even before the pandemic, sports executives considered betting as a fountain of revenue largely untapped by pro leagues. A PwC report last year projected that an infusion of sports betting money, including deals such as the one with MGM, could mean North America’s pro leagues would make more money from sponsorships than from gate revenue by the end of the decade.

Commissioner Rob Manfred has said MLB makes about 40% of its money in gate revenue: tickets, concessions, parking and such. With gate revenue projected for now at zero this season, and with the possibility of limited capacities in ballparks until a coronavirus vaccine is available, the imperative to accelerate sports betting is evident.

A 2018 American Gaming Assn. report projected that MLB could make as much as $1.1 billion per year from sports betting. Sports betting is legal in 22 states, either statewide or via tribal agreements. California is not one of those states, but the Dodgers’ stadium renovations this year included sports bars that could be converted to sports books at a later date.

Of that $1.1-billion estimate, the AGA projected that $154 million would come from advertising and sponsorships from gambling companies, and from data sales to such companies. The overwhelming majority of that revenue, projected at $952 million, would come not “directly from betting operators, but rather as a result of increased consumption and engagement with the league and its content/products,” according to the AGA report.

The television-only season provides a showcase for MLB initiatives presented in a video conference Monday, designed to attract new fans and young fans to a sport with a persistently aging fan base.

By the end of the season, the league plans to open a vault of more than 3 million videos, so fans can create and share personal highlight reels: your favorite Mike Trout home runs, say, or all the home runs Justin Turner hit off curveballs thrown by left-handers during night games.

The league unveiled an augmented reality partnership with Snapchat. On broadcasts and online, technological enhancements will allow fans to see plays from the perspective of a fan, a player in the field, or even the ball itself. The margin of error for balls and strikes depicted on the league’s Statcast system has been reduced from one to two inches to one-tenth of an inch, according to MLB chief technology officer Jason Gaedtke.

No fans does not mean no sounds. The league has mandated that teams use crowd noise, with a “routine murmur” and a selection of more than 75 crowd reactions from Sony’s “MLB The Show” video game. Teams can add their own public address announcer, sound system and organist.

“The goal here is to make the environment as realistic as possible,” said Ryan Zander, MLB vice president of broadcast products and services.

That brings us to another new MLB app called “Cheer at the Ballpark,” where fans can watch the game and react as they would if they were there. The collected emotions can be sent to the sound operators in each ballpark, who can respond with appropriate crowd noise.

The Times asked the Dodgers for an interview about what fans could expect to see and hear in a game at Dodger Stadium this season. The Dodgers declined the request, team spokesman Jon Chapper said.

However, the league made clear it is not about to use its technology to abet fans that might register hearty boos when their team is playing the Houston Astros. The sound operators can just say no.

“They don’t have to ratchet the booing up to an unprecedented level,” Marinak said.

Harmful lies spread easily due to lack of UK law

Tue Jul 21 , 2020
Masks Misleading and harmful online content about Covid-19 has spread “virulently” because the UK still lacks a law to regulate social media, an influential group of MPs has said. The Digital, Culture, Media and Sport Committee urged the government to publish a draft copy of promised legislation by the autumn. […] 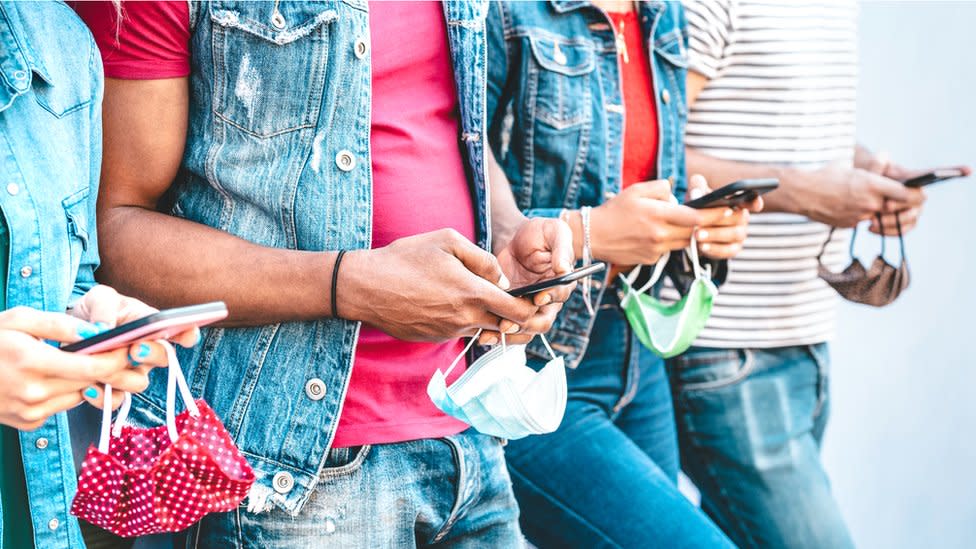