The animated comedy, which Sony is releasing Stateside on Oct. 23, follows Katie, a college-bound girl whose family road trip to her new school is suddenly disrupted by a tech uprising that sees electronic devices — from phones and appliances to a new line of personal robots – taking over the world.

The video presentation, available to Annecy participants, also offered a look at the film’s trailer as well as an exclusive film clip.

Discussing the film, which he co-wrote with co-director Jeff Rowe, Rianda revealed his inspiration for the story, “two things that I really love, which is my insane family and technology. As a kid I was really fascinated by robots but as an adult I’m really interested in technology and in the ways in which it’s affecting the world in very real ways, like, you know, there are robot security guards now and stuff like that.”

Rianda also turned to his parents for inspiration. “My dad is this outdoorsman, loves quail and deer maybe more than his own children — no, I’m kidding … but he is obsessed with nature.”

One of his dad’s “crazy ideas” was to build a bathtub in the woods so that he could legally be naked in nature, he explained. “Everyone thought he was a maniac, I thought he was a maniac, and the crazy thing is, when he built them, they were spectacular. Everyone loves them. So my dad is this guy who is kind of crazy, but sometimes he’s kind of right. That’s what I wanted to use as an inspiration for [the father character] Rick, a guy who thinks that robots are going to rise up and thinks that technology is evil, and he’s kind of crazy, but he’s also kind of right, especially in this movie — robots take over in this movie.”

Linda, the mother in the story, was inspired by both his mother and his aunt. “My mom and my aunt are so fun and so funny but they are also like the glue that holds our families together.”

The character of the little brother, Aaron, was inspired by both Rianda and Rowe, he added, noting that when he and his co-director were young children, “we were like these little weird obsessive kids.”

As for the protagonist: “Katie, the hero of the movie, is a really fun, creative, funny weirdo who’s sort of a little bit of an outcast in her school life — she just doesn’t quite feel like she fits in anywhere.”

While “Connected” may tell a fantastical sci-fi tale, Rianda said he and his team sought to keep the story and visuals grounded and real, at least where the human characters were concerned.

“We wanted the movie to feel like your family, to sort of feel like it’s just as imperfect and weird and messed up as your family.”

Rianda said he couldn’t connect to films in which families are portrayed too lovingly and perfect.

“I can’t relate to that because my family is a little bit more dysfunctional and I kind of feel that everyone’s family is dysfunctional. So I felt that drawing from those details would make it feel more lived-in and more sincere and different and that’s what we’re trying to do with the whole movie — we’re trying to make the whole entire movie feel new and different and not like any other movie you’d ever seen before. And we did that from the story to the characters to the visuals, trying to push to make our environments bolder and more simple and more stark and trying to make our human environments more lived-in and recognizable and almost kind of nostalgic.”

Rianda praised Sony Pictures Animation for allowing him and his team the freedom to realize their vision and making a situation possible in which “the best idea wins. Sony has been really great in letting us make the movie we want to make.

“I think it’s a really exciting time for this studio,” he added, stressing that the reception of “Spider-Man: Into the Spider-Verse” “was sort of like encouragement from the whole world. People want to see new stories and people want to see fresh animation styles. How can we make our movies more different and more unique? And that’s been so exciting.”

Mon Jun 15 , 2020
Vivek Ravisankar, CEO and cofounder of HackerRank, shared his top books on coding with Business Insider. HackerRank There are plenty of free, online courses that help you learn to code, like those offered by Harvard University and Khan Academy. But if you don’t want to commit to an online class, there […] 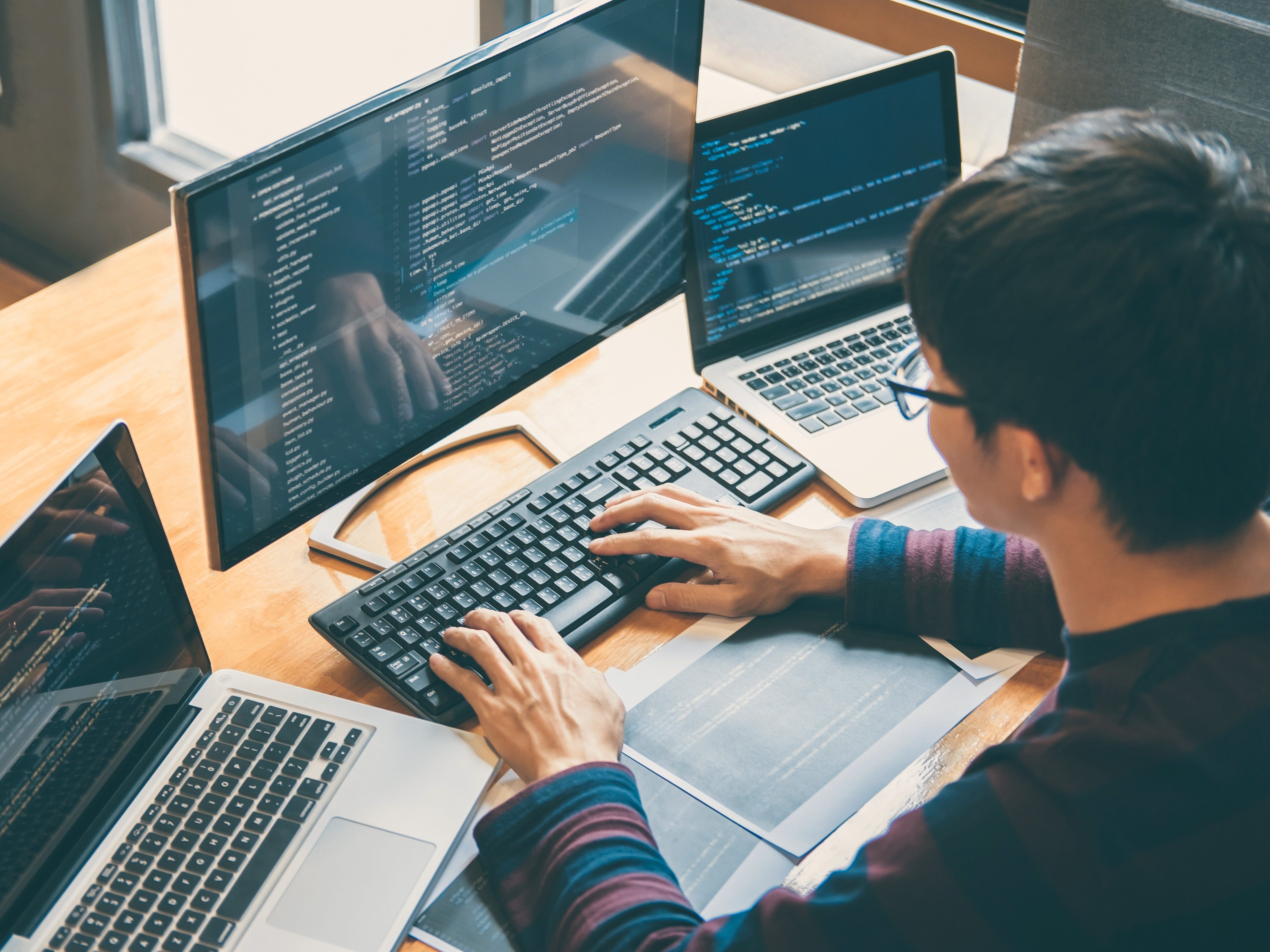