LONDON/BERLIN/MILAN (Reuters) – It’s tough to do any useful work when you’re stuck at home, struggling to home-school bickering kids, let alone when you’re trying to produce a COVID-19 vaccine.

British drugmaker AstraZeneca had spent years preparing for a pandemic, but when the moment finally came it was caught cold on a crucial front: stressed parents working from home struggled to focus.

So the company recruited up to 80 teachers to run online lessons and repurposed a car parking app to book virtual classes. It also lined up personal tutoring and helped to locate some childcare spaces for those battling to adapt to the abrupt change to their lives.

The move by Britain’s biggest drugmaker, and similar efforts by companies the world over to host everything from magic classes to yoga for children, shows the lengths businesses are going to to help staff work through the coronavirus crisis.

“It was quite apparent that it was going to be really challenging for those with small kids and with two parents working,” AstraZeneca’s HR chief Fiona Cicconi told Reuters.

“People were starting to say they were feeling really anxious, I’ve got so much to do, how am I going to get it done?”

The new corporate attitude towards home-working could help lead to higher productivity and loyalty, according to experts, and ease moves towards more flexible working as companies rethink whether staff need to be in the office, and as schools take time to return to normal.

‘I’M DISTRACTED FOR SURE’

The march of the pandemic has upended normal life, forcing companies to shut offices, schools to close and grandparents and childcare providers to stay away.

That has left many exhausted parents juggling work demands while helping their children with school work to prevent them from falling behind or spending too much time online, not to mention having to feed, entertain and care for them.

It is now working on a more formalised schooling scheme with a partner organisation, which will pair children of staff with students, and also offer activities through the summer holiday.

Thomas Angerstein, EMEA head of the SAP department responsible for providing “mission critical” support to customers, said the magic classes had helped his eight-year-old son, and consequently helped him too.

“I could focus on my team,” he said. “Usually he is hovering around and looking at my screen and I’m distracted for sure.”

In Italy, tyre maker Pirelli teamed up with local company Radiomamma.it to provide online education and entertainment for children, with classes in English, creativity and technology the most popular.

Rosaria Demma Carà, who works in Pirelli’s Financial Statements division, said the classes had helped her 10-year-old son and 5-year-old daughter interact with their peers, relieving the social blackout of lockdown.

“(It also helped) us get on with some work.”

Esther Canónico, from the London School of Economics, said companies needed to prioritise supporting their staff in different ways because any return to normality would take time, and flexible, long-distance working was likely here to stay.

Supportive measures should, however, not be seen as an attempt to persuade staff to work harder, especially when those working from home can struggle to manage boundaries with work life, and end up working for much longer, she added.

“There is not a clear differentiating line between work and home,” she said of the new environment. “The advice is for employees to actively manage their boundaries.”

Companies, for their part, see offering such services as good business sense in terms of operational resilience.

AstraZeneca, for example, knew it had to act when a survey found that 1,100 of its 8,300 staff in the country needed help with childcare.

A plan to recruit freelance teachers was inspired by a former teacher who worked in the company’s HR department and it was backed by CEO Pascal Soriot, with the whole process signed off in a matter of hours.

Launched in May, it offers four lessons a day to up to 1,300 children who have registered. Separately it has lined up a tutoring company that provides one-on-one sessions.

The tutoring firm, EB Education, said it had since been asked by another company in the drugmaker’s home town of Cambridge if they could provide a similar service.

“The other company have had a few of their workers saying: AstraZeneca are offering this so why aren’t you? So they put something in place,” EB’s Karen McGillicuddy told Reuters.

For now AstraZeneca, which has been licensed to produce a potential vaccine for COVID-19, is expanding its support. It has introduced new classes for different age groups and is looking at a summer school.

HR chief Cicconi said staff had been incredibly grateful, during what is an extraordinary time.

“They know it’s not normal for us to run three primary schools,” she added.

Need access to Wi-Fi? There are more options than ever

Mon Jul 6 , 2020
Julia Jean parks her car in front of the local library in Port O’Connor, Texas every day and gets out to work.  Jean, who lives in Los Angeles but is spending time with her parents in the tiny (pop. 1,253) Gulf Coast town, has no internet access at home. “We’re […] 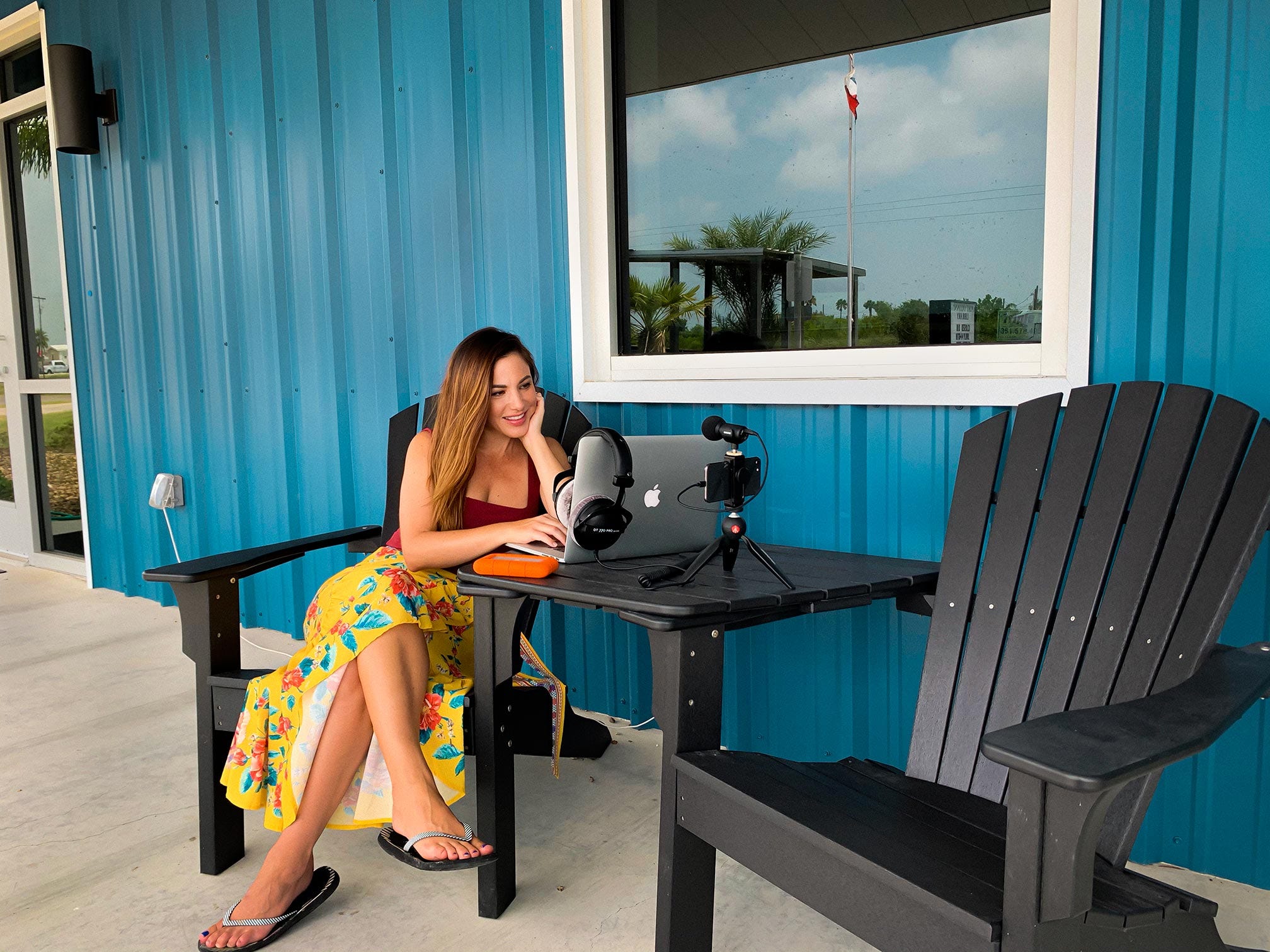