Larissa relived her ugly past with her ex-husband, Colt, on Sunday’s episode of 90 Day Fiancé: Happily Ever After?.

The 33-year-old reality star went on a blind date with a man named Matthew that was set up by her good friend, Hannah, during the episode, which was extremely awkward from the start. Prior to the date, Larissa lamented to Hannah that she felt she would never find her true love and talked about the hardships of dating online. She hilariously noted that men always put that they loved tacos and hiking in their profiles, and she wasn’t a fan of either.

Given her current prospects, she was super excited for her date with Matt, whom her friend said owned several businesses and was “sophisticated” and liked “fancy” things like wine.

When Hannah set Larissa up on the blind date, she was less concerned about them working out and more focused on showing Larissa a different type of guy than the ones she usually goes for. #90DayFiance

Larissa was physically attracted to Matt off the bat, but it quickly became clear they had nothing in common. For example, when he asked her if she liked philanthropy, she bluntly said “no.” When he noted that he was half Egyptian, she said she “loved” Egypt, but when he asked her if she had ever been to the country, she again replied with an awkward “no.” In one of the funniest parts of the date, Matt had trouble understanding Larissa’s unique pronunciation of “Colt.”

The two eventually moved on to more serious topics, and Larissa got a chance to tell her side of the story when it comes to her nasty fights with 34-year-old Colt. Colt and Larissa’s rocky relationship was featured in season 6 of TLC’s 90 Day Fiancé, which began when they connected via an online dating website. Larissa eventually moved from Brazil to Las Vegas to be with Colt, but she ended up having big issues not just with Colt, but with his mom, Debbie, whom they were living with at the time. They later made headlines in January 2019 when Larissa was arrested for domestic battery following an alleged fight between the two, and Colt filed for divorce just days after the incident.

During her date, when asked about her past, Larissa blurted out that she had been arrested not once for domestic violence, but three times. Matt was clearly taken aback by her admission, and also humorously called her out for holding a knife while talking about her arrests. Larissa said that when she and Colt fought, he would call the cops and claim that she was trying to kill him. She said Colt had no respect for her given that he knew by calling the cops, her immigration status would be put in serious jeopardy.

Later, when Matt asked her what type of qualities she looked for in a man, she said “citizenship,” which effectively ended her chances with Matt. Matt told TLC cameras that while Larissa was beautiful and looked very “put-together,” her arrests weren’t his “preference” and noted that she was uncomfortable when he asked about her having two kids in Brazil. He also wondered if she was looking for an authentic love match, or for someone to give her a green card. Meanwhile, Larissa noted that while Matt was very smart and had everything going for him, they had no chemistry and that she “scared” him with her arrest talk.

Later in the episode, Larissa got a stomach sculpting treatment, and told her friend that she found out Colt had a new girlfriend — 26-year-old Jess. Larissa said she wanted to meet up with Jess — who is also from Brazil — to “warn” her about Colt so she wouldn’t make the same mistakes she did.

Meanwhile, Colt and Jess appear to be getting serious quickly. On Sunday’s episode, Jess invited Colt to meet her family in Brazil and also suggested maybe applying for the K-1 visa so she’ll be able to stay in America with him as she is currently on a student visa and working as an au pair in Chicago. Not surprisingly, Colt was hesitant given his experience with Larissa and was nowhere near ready to talk about marriage and applying for a K-1 visa. However, he was definitely still very interested in Jess and agreed to meeting her family — even though he hasn’t told his mom yet that he’s been dating Jess.

Too fast? It took Colt 5 days to say I love you to Larissa and 3 days to say it to Jess. #90DayFiance

ET spoke to Larissa earlier this month, and she commented on Colt’s new girlfriend, who so far, hasn’t been shy about taking it fast with Colt.

“I feel that she’s pretty, I believe they have a good connection,” she said. “But I feel like Jessica is way too much into him. Like, she’s too fast for him. Like, sex on the first date… I don’t know, I feel like it’s too much for him. And I believe he’s like, ‘Whoa, wait.’ The Colt that I know, he’s a little bit more conservative, you know? So, I don’t know if Jess is scaring Colt or encouraging him to change his behavior.”

She also touched on her arrests, and told ET that one of her dreams is to become an attorney because of her experiences with Colt.

Larissa said that ultimately, she wanted “closure” with Colt, though Colt previously told ET that he wanted nothing more than to be left alone by his ex-wife. To hear what Larissa would tell Colt today if she had the chance, watch the video below:

Mon Jun 29 , 2020
When the coronavirus pandemic hit, many engaged couples had to press pause on their dream weddings. Some decided to postpone their celebrations, but many others opted to host a virtual wedding ceremony so they could keep their original date while family and friends call or video in. Online weddings are […] 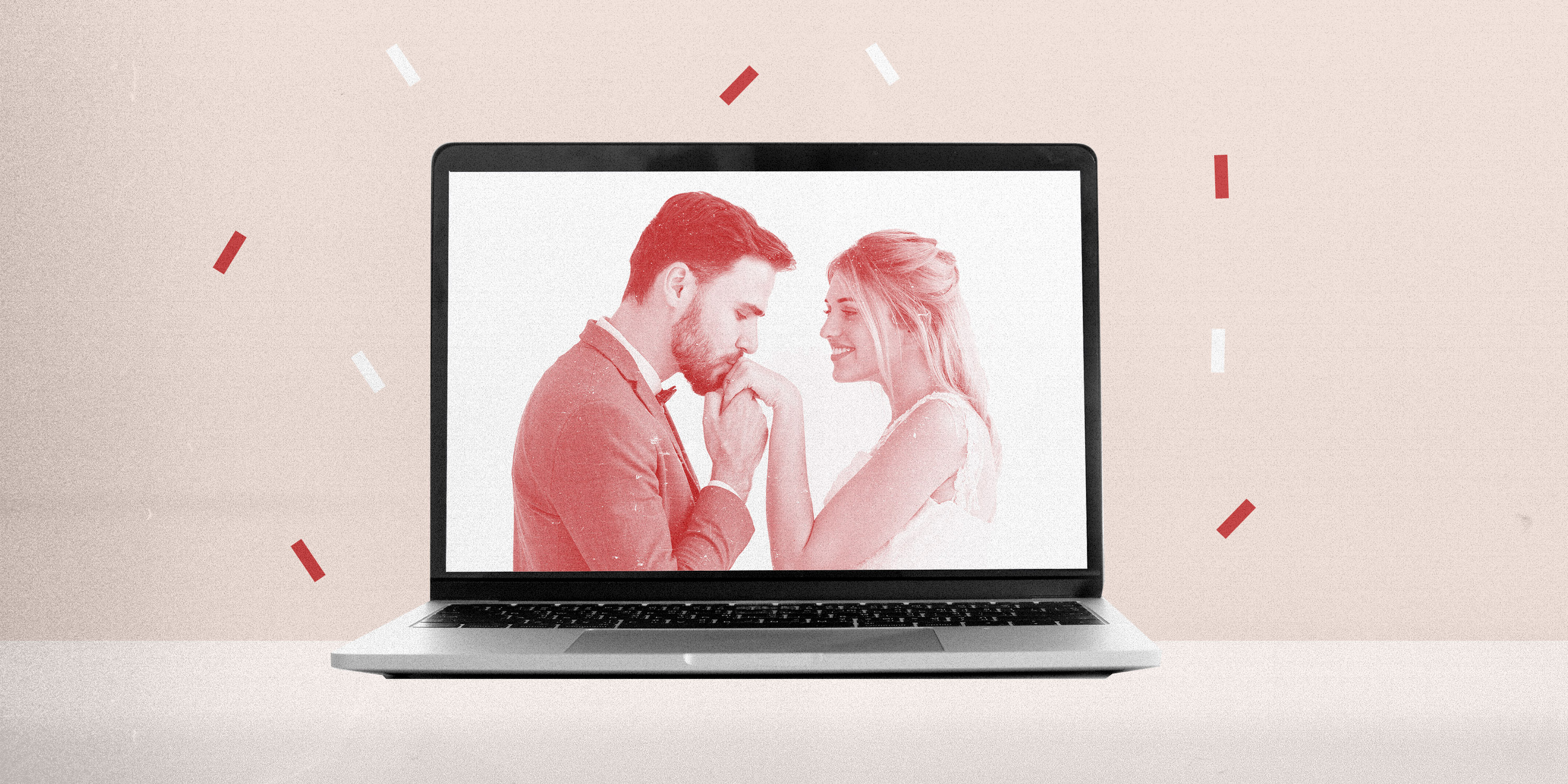