Employees at Santa Monica-based KCRW-FM (89.9), which airs news and music from Santa Barbara to Palm Springs, have completed their first collective bargaining agreement, the latest action in a growing move in public radio and podcasting to unionize.

The group We Are KCRW said in a tweet Thursday that it had reached a tentative agreement on a first contract, which will be subject to ratification, after almost a year of bargaining — and despite the COVID-19 pandemic. The group sought pay equity and a more diverse workforce to better represent its city. It did not disclose the terms of the agreement; it follows a vote in June 2019 to recognize SAG-AFTRA, which represents 160,000 actors and performers, as the KCRW workers’ labor union.

“It’s the result of hard work, unity and collaboration,” the group said in its statement Thursday.

HUGE NEWS: After almost a year of bargaining, partly in a pandemic, we have reached a tentative agreement in our first contract (subject to ratification). It’s the result of hard work, unity and collaboration.
✊🏿✊🏾✊🏽✊🏼✊🏻 #Solidarity

The agreement marks the latest success story for workers in radio and digital media who increasingly have been moving to unionize. Across the country, journalists at digital news groups, podcasting companies like the Ringer and Spotify and public radio stations have been organizing to improve wages and working conditions.

“I still can’t believe it,” tweeted reporter and host Benjamin Gottlieb, who described two years of tough conversations with coworkers and management.

More than TWO years of organizing. A campaign. Strategy. Having tough conversations with coworkers, supervisors and management. And – today – we are FINALLY here. OUR FIRST UNION CONTRACT. I still can’t believe it. So thankful for all of my #WeMakeKCRW fam + their hard work 💥 https://t.co/phLwId781i

The KCRW bargaining unit consists of more than 90 DJs, hosts, producers, engineers and reporters, among others, who create the music and news programming, podcasts, digital content and live events that sustain the station. Management, led by KCRW President Jennifer Ferro, said when its employees joined forces with SAG-AFTRA that it supported the move to create a better workplace and recognized the union.

I’ve been told by white employees that I “don’t look like I work” at KCRW.
I found out just a few weeks ago I make $12k less than white employees with my job.
Unionizing is important to me so employees of color are protected, and this bullshit stops happening. https://t.co/GhUW2vU0ei

Some employees, like L.A.-based Cerise Castle, had shared their experiences of pay disparities and micro-aggressions via social media. “I’ve been told by white employees that I ‘don’t look like I work’ at KCRW,” the multimedia journalist tweeted last month. “I found out just a few weeks ago I make $12k less than white employees with my job.” She said unionizing was important to protect employees of color like her.

In a statement Thursday, KCRW said it was proud to have its first contract with SAG-AFTRA. “Each and every day, KCRW strives to inspire our listeners — across Southern California and across the globe — with the content we put on the air and online,” Ferro said. “I have never met a more talented or more dedicated team of people. We are happy to have worked together in order to benefit the organization for years to come.”

Employees at KPCC in Pasadena secured their first contract in 2014 with management at Southern California Public Radio. The three-year deal included guaranteed wage hikes annually, minimum pay scales and improved benefits. Along with KPCC, KPBS in San Diego and WBEZ in Chicago are also among those that have unionized with SAG-AFTRA, Hollywood’s biggest union, which also represents employees at National Public Radio.

The Writers Guild of America East has been organizing workers in podcasting as well, at the Ringer and at Gimlet — which was the first podcasting group to form a union.

Fri Jul 3 , 2020
Click here to read the full article. LONDON — Jonathan Anderson has taken the British government’s wartime advice — Keep Calm and Carry On — to new heights. He’s been doing both during lockdown, pivoting like crazy — and trying to enjoy the process. Never mind that Anderson had to […] 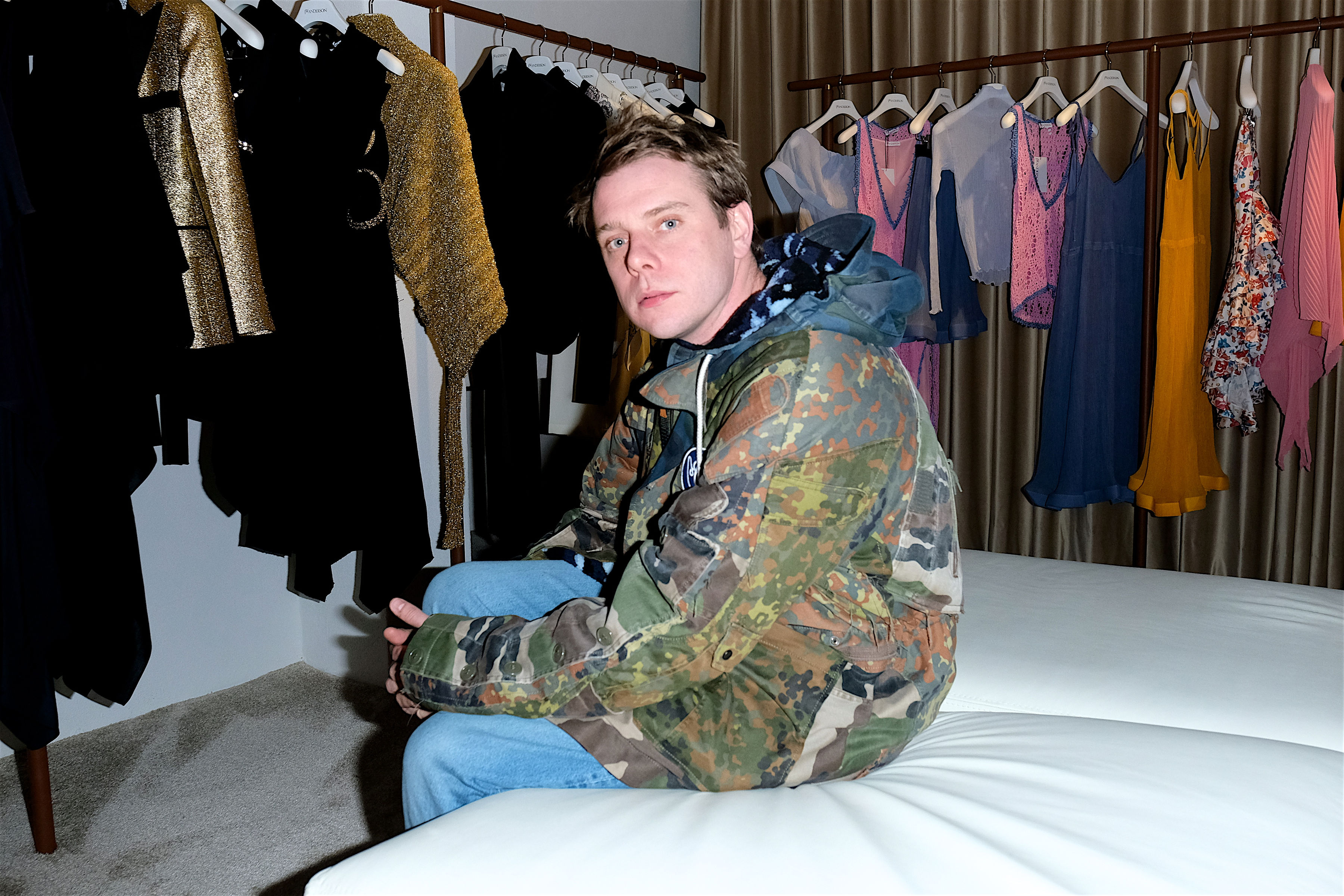