Northport-based artist Scott McQueen was scheduled for nearly 30 shows this year and managed to get a few in before late March brought a wave of shutdowns and new regulations due to the COVID-19 pandemic. He is still holding out for the future and has had to get even more creative with his public approach in recent months, but when news came Wednesday that the 49th Kentuck Festival of the Arts had been cancelled, it came as a major blow.

The annual outdoor arts festival represents the biggest event of the year for many local artists, with roughly 270 losing needed sales, in addition to the impact on revenue felt by the Kentuck Art Center and local business community.

“It’s devastating,” McQueen said. “I had a full schedule planned up all the way through Thanksgiving but they’re dropping like flies. Then we had Kentuck [cancelled] yesterday. I’ve got four or five shows I’m still holding out for and hoping, but I don’t have a lot of confidence in them.”

When word of the festival’s cancellation began to circulate Wednesday, Kentuck started to call for financial support from the community to help mitigate the latest economic damage wrought by the pandemic.

Kentuck’s Marketing Manager Ashley Williams told Patch on Thursday that the response in terms of donations and encouragement from the community had been overwhelming.

“We have two places where people can donate — on Facebook and through our donation software that we use for donor management,” she said. “Between those two, we’ve raised almost $5,000.”

Click here to donate to the Festival Forever Fund

A Facebook fundraiser for the nonprofit has a goal of $250,000 set, which is reflective of the potential loss of revenue that is reportedly expected to be in excess of $200,000.

“Since we’re a nonprofit, that revenue goes toward our yearly budget for the full year,” Williams said. “Not having the festival in 2020 will severely impact our budget for 2021 for our programing and exhibitions and planning for the festival.”

The economic impact will also be felt in the storefronts that benefit each year from the influx of visitors to Tuscaloosa County, apart from just the area in the immediate vicinity of the Northport festival location.

Patch reported Wednesday the two-day economic impact for area businesses was estimated to be more than $5 million.

Jim Page, president and CEO of the Chamber of Commerce of West Alabama, lamented the loss of another major economic driver due to the ongoing pandemic, but expressed optimism for the future.

“Not only does Kentuck provide an exceptional event for this community that enhances the local quality of life, it also has a significant economic impact,” he said, before pointing out that the festival draws vendors and patrons from across the country. “Those visitors stay in local hotels, eat in local restaurants, and spend considerable dollars with local merchants. We certainly understand the difficult but wise decision to cancel this year’s festival, though, and look forward to next year’s being the best yet.”

McQueen, who specializes in folk art as his primary source of income and also teaches classes at Kentuck, may have been impacted by the 2020 festival’s demise, but he is far from discouraged.

With a substantial following on Facebook, McQueen had a built-in audience to begin a retooled focus on marketing his art online.

“I have been trying to go to online sales and there’s been several art groups that have been established online for artists to show their work,” he said. “It’s a group we can get on and try to put it out there and people who like to buy art are in these groups and they are finding us. It’s a way to be visible.”

That visibility, McQueen said, is crucial to the financial sustainability of his craft, especially considering the limits on public gatherings where he otherwise would be able to show his art. He did admit, though, that prior to the pandemic, his focus was more on traveling for shows and working to put his art in front of potential patrons, as opposed to utilizing the web.

“I didn’t do a lot of online sales prior to COVID-19,” he said. “With there just being one of me and doing so many shows, I didn’t have time to paint something to put on an Etsy site. Painting and going to a show — that worked well for me. I expected 2020 to be a real breakout year.”

For Kentuck, which is well-known for its community engagement and range of programming, its small staff has also worked hard behind the scenes to rethink its approach for the short term and future.

“We usually have art nights, a community celebration of art, usually an exhibition opening, and we bring in live music and it’s a good community gathering,” Williams said. “We have not been able to have one of those since March. We’re hoping to develop, since it is a lot smaller than the festival, a feasible socially-distant event where people can come in person to see the art.”

Apart from the Kentuck gallery shop being open seven days a week and an online presence that represents about 180 artists year-round, Williams said Kentuck has also been offering certain in-person workshops.

“We’re doing kids camps with five people in a really big room,” she said. “Everybody’s required to wear a mask and it has gone really well so far.”

The cancellation of the 49th installment of the Kentuck Festival of the Arts marks the first time in the festival’s history that it has been cancelled, according to Williams. While the pandemic resulted in an unprecedented decision to cancel, she went on to say comprising public health was not worth the financial returns.

“No matter what our organization has gone through, what the world has gone through, we’ve always been able to have the festival, so this is really new territory for us,” Williams said. “We didn’t want to make this call or make this decision, but it’s in the best interest of public health. So many of our artists are in high-risk categories and you just can’t put a price on health.”

McQueen commented that apart from the financial loss as a result of the pandemic, the current situation has also barred artists from interacting in person, not to mention engaging with the public and potential customers.

“The community is missing Kentuck, but we miss it, too, as artists, “ McQueen said. “Most every artist I know, the folk artists, we consider Kentuck kind of like our Super Bowl. It’s the best show of the year for us.”

McQueen then described the local arts scene as a tight-knit community and said many continue to interact on social media, which provides some comfort during an uncertain time, but isn’t quite the same enriching experience.

“[Festivals] are where we get to see and visit with so many other artists,” he said. “So it’s been hard because we aren’t able to see our friends and people we admire and our peers. We can talk online and that sort of thing, but we really do miss being at the shows.”

Despite the festival’s cancellation, Kentuck did formally mention Wednesday it was working on plans to provide a virtual celebration of artists, with more details to be announced during the first week of August.

In the meantime, Williams encouraged art lovers and those in the community to support Kentuck through donations as it weathers the pandemic.

“There are some of these people making their livings going to the events,” she said. “We’re working on ways to connect artists with potential buyers, but it has been truly devastating for them and they have had to get creative. We just need a lot of community support and love.”

McQueen knows the road ahead will not be easy, but praised the efforts of the Kentuck staff and expressed his hope that artists will adapt and persevere as they always have.

He then said he hopes to have a virtual art show in the next week or so that will see him set up his tent at Kentuck Park and shoot a video showing him walking from piece to piece and talking about his artistic process.

“You have to expect the unexpected and with any type of small business, it’s going to have its ups and downs,” he said. “It’s just part of the journey. If it’s something you’re not passionate about doing, you’ll get a 9-to-5 job. If you love it, though, you’re going to do it.”

This article originally appeared on the Tuscaloosa Patch

Yahoo Mobile is just $40 per month 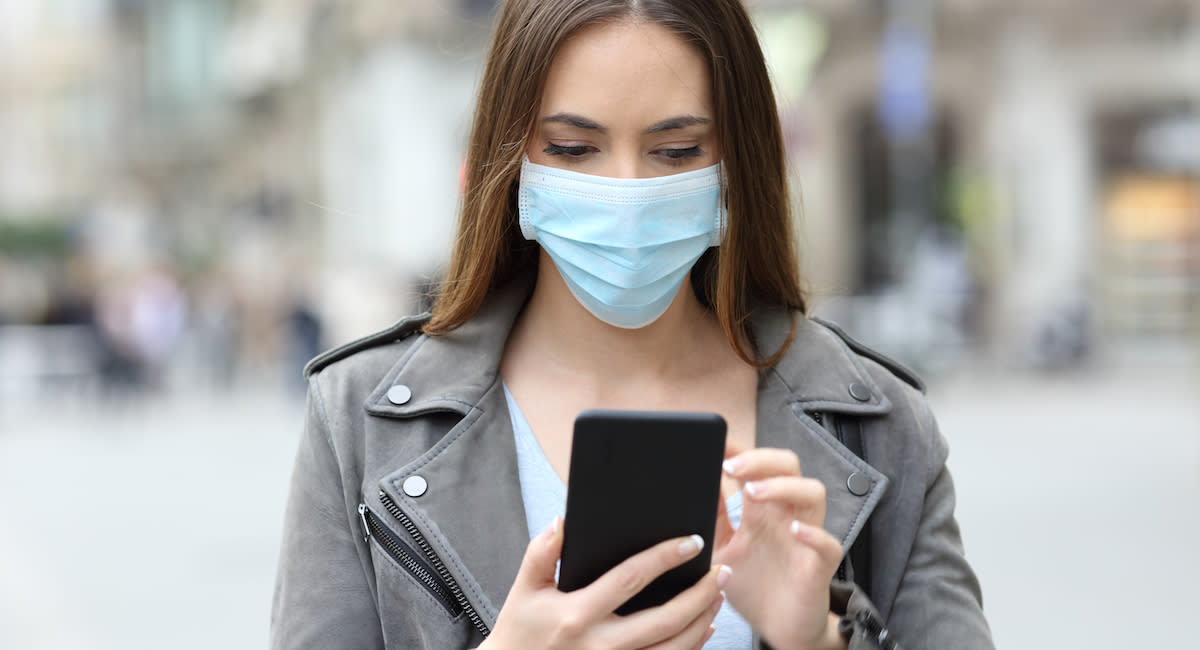