Billionaire Jack Ma’s newest chieftain is accelerating Alipay’s evolution into an online mall for everything from loans and travel services to food delivery, in a bid to claw back shoppers lost to Tencent Holdings Ltd.

“We want to help digitize the services industry,” said Hu in his first interview with foreign media since taking on the CEO role in December. “We’ve been pursuing the strategy to evolve Ant into a tech company, with an open-platform strategy for many years.”

Hu wants users to think of Alipay not as a niche provider of financial services and the payments gateway for the world’s biggest e-commerce platform, but as the go-to app for a wide array of needs from groceries to wealth management, and hotel booking to loan applications. He aims to simultaneously peddle technology solutions like artificial intelligence, blockchain and risk control to the businesses that use the platform.

His goal is for more than 80% of Ant’s revenue to come from local merchants and finance firms in five years, up from about half at the end of 2019. The contribution from proprietary services, such as Ant’s own money market fund and loans, would shrink as a result.

“We want to share the technology and resources we’ve developed as an online financial platform with more companies in finance, local services, public services and other countries,” he said. The shift doesn’t hinder any initial public offering plans and the company is still open to listing, he said, declining to provide a time frame.

To mark the transformation, Ant changed its registered name to Ant Group Co. from Ant Financial Services Group at the end of May. Alibaba owns a 33% stake in Ant.

The focus on everyday consumer services puts Ant in the unusual position of underdog, despite its reach into the spending patterns of 900 million users. While Alipay still controls more than half of all mobile transactions in China, it’s been late to so-called mini programs, an innovation championed by Tencent three years ago.

The lite apps have allowed the gaming and social media giant to host more than a million service providers in its WeChat environment, with 400 million users a day tapping in to rent bicycles, order food, pick cinema seats and even buy apartments through a single interface. Their popularity has swelled Tencent’s share of mobile payments and ad revenue.

Hu’s most important task has been to fend off competition from players like Tencent. But companies like Meituan and live-streaming site Kuaishou have added to the challenge, encroaching on the greater Alibaba ecosystem, chipping away at e-commerce and payments.

“Ant and Alibaba are battling companies traditionally not even operating in their fields of payments and e-commerce,” said Mark Tanner, founder of Shanghai-based research and marketing company China Skinny.

The Alipay platform offers some natural advantages to make up lost ground, Hu said. Its interface lets users personalize and pin frequently-used services and the company plans to use algorithms to further customize Alipay’s landing page.

Ant currently has about 600 million monthly users for its 2 million mini programs after two years. Hu didn’t provide a forecast for its expansion.

For the first time, the app has elevated local neighborhood services to the same level as its finance vertical. Its moved services such as Ele.me and Fliggy, Alibaba’s food delivery and travel units, to Alipay’s front page. Alipay will also enhance the importance of its search function, so people can find the mini programs of local services more easily, Hu said.

“Alipay is weaving the advantages of a super app with that of mini programs, users can have faster access to services via our platform compared with WeChat,” he said.

Such efforts are showing results. Alipay’s share of mobile payments has increased for three consecutive quarters, rising to 55.1% in the fourth quarter, according research consultant iResearch. Tencent has 38.9% of the market.

Hu must also navigate Ant through a coronavirus-induced economic downturn, which will test the resilience of the lending portfolio it has built in the past decade along with about 200 partner banks in China.

Its Huabei, which means “just spend,” is on track to help banks issue 2 trillion yuan ($283 billion) of consumer loans by 2021, according to Goldman Sachs Group Inc. analysts. Online lender MYbank, where Ant is the largest shareholder, has helped banks issue 600 billion yuan of credit to 10 million small and medium businesses as of end May.

“We’ve seen a slight up-tick in non-performing loans among our SME and young credit borrowers after Covid,” said Hu, adding that he expects the bad loan ratio to drop to pre-Covid levels by March next year.

Sun Jun 28 , 2020
From Digital Spy Home and Away spoilers follow for UK-pace episodes on Channel 5. Home and Away’s Jasmine Delaney makes a worrying move next week, living out a fantasy that baby Grace is her biological child. Jasmine (Sam Frost) has been focusing all of her attentions on Grace since suffering […] 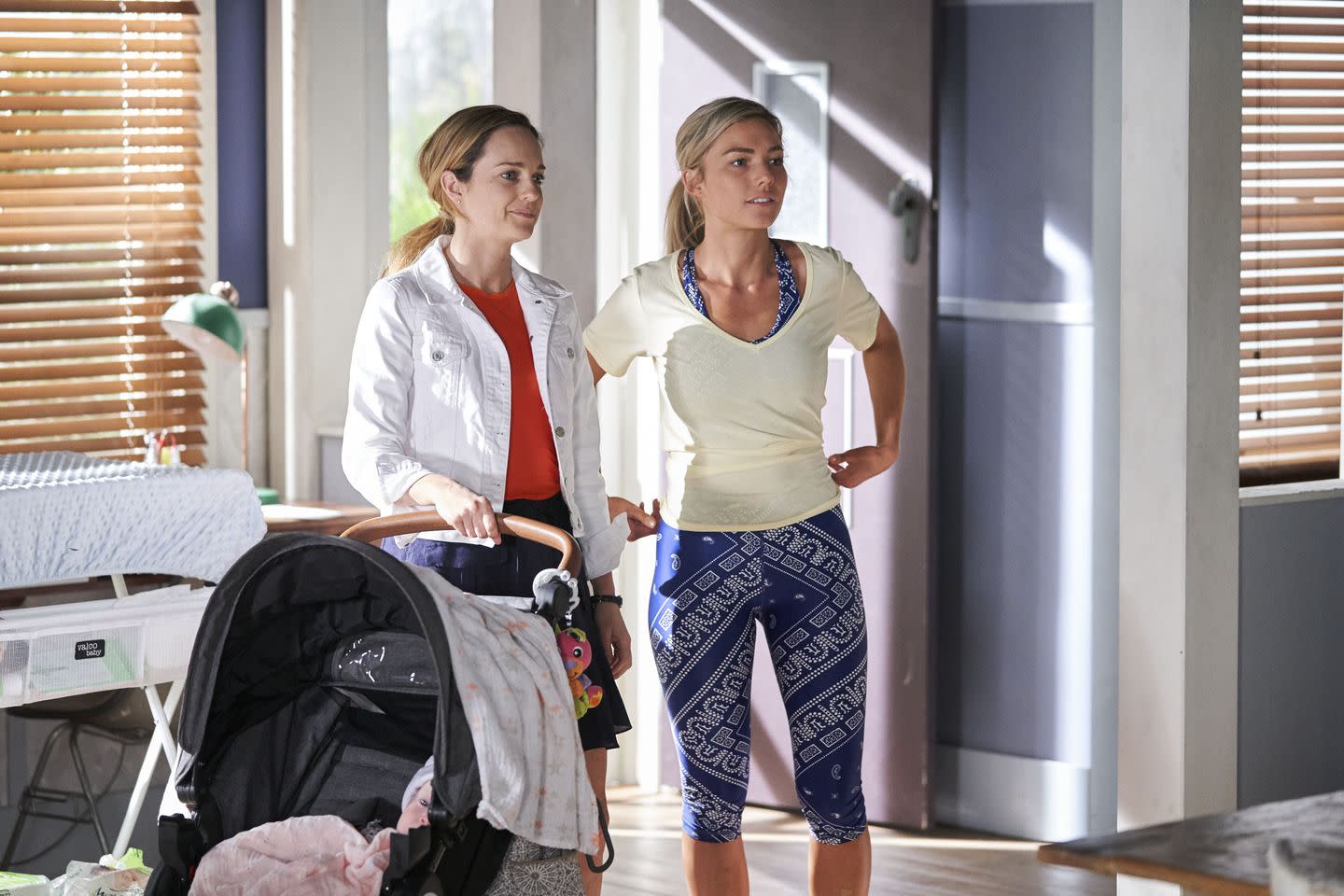