The iPhone installed base is currently worth an estimated $147 billion.

With Appleshares trading at all-time highs and briefly flirting with $400, Morgan Stanley analyst Katy Huberty reiterated her outperform rating and boosted the firm’s price target from $340 to $419 on Monday. While Apple’s iPhone trade-in program isn’t new by any stretch, Huberty has crunched some numbers and argues that the offering is a “sustainable competitive advantage” that could be underappreciated by investors.

In fact, the program could help fund a meaningful portion of upgrades for years.

Trade-ins have become an important way for Apple to remove friction around the upgrade process while offsetting part of rising prices.

The iPhone installed base of over 900 million is worth an estimated $147 billion, based on an average trade-in value of $164, according to Huberty’s estimates. That total could potentially fund over 30% of iPhone upgrades over the next three years.

At the same time, more consumers are utilizing trade-in programs when upgrading.

“And, while 48% of consumers take advantage of electronic device trade-in programs today, adoption is rising based on our recent AlphaWise consumer device sustainability survey of 10,000 consumers across the US, UK, Germany, China and India (see here),” the analyst wrote in a research note to investors. “In fact, 77% of consumers expect to trade in electronics by 2021.”

The net effect is to make iPhones more affordable, which could help spur more sales and upgrades even as iPhone prices have climbed in recent years. The Cupertino tech giant made a minor concession last year by reducing the entry-level price of the iPhone 11 by $50. Huberty increased her estimates for iPhone shipments by 6% in fiscal 2021 and 3% in fiscal 2022.

It’s also worth noting that Morgan Stanley does not expect Apple to “materially” increase iPhone prices this year even after the expected addition of 5G technology. Meanwhile, competing Android smartphone manufacturers will likely do just that, as 5G modems are far more expensive than their 4G predecessors. Apple is far more profitable than any of its competitors, putting it in a better position to absorb those cost increases.

The original iPhone trade-in program was launched back in 2013, but Apple revamped the campaign in early 2019. The company had also increased the trade-in values of older models in late 2018 as part of a promotion. Additionally, iPhones tend to retain value better than Android handsets, which effectively encourages users to stay within the ecosystem.

“Thanks in part to a doubling in iPhone trade-ins versus last year, our retail and online stores set an all-time record and delivered strong double-digit growth in iPhone,” CEO Tim Cook said in January while discussing fourth-quarter results.

The Motley Fool is a USA TODAY content partner offering financial news, analysis and commentary designed to help people take control of their financial lives. Its content is produced independently of USA TODAY.

Offer from the Motley Fool: 10 stocks we like better than Apple

When investing geniuses David and Tom Gardner have a stock tip, it can pay to listen. After all, the newsletter they have run for over a decade, Motley Fool Stock Advisor, has tripled the market.*

David and Tom just revealed what they believe are the ten best stocks for investors to buy right now… and Apple wasn’t one of them! That’s right — they think these 10 stocks are even better buys. 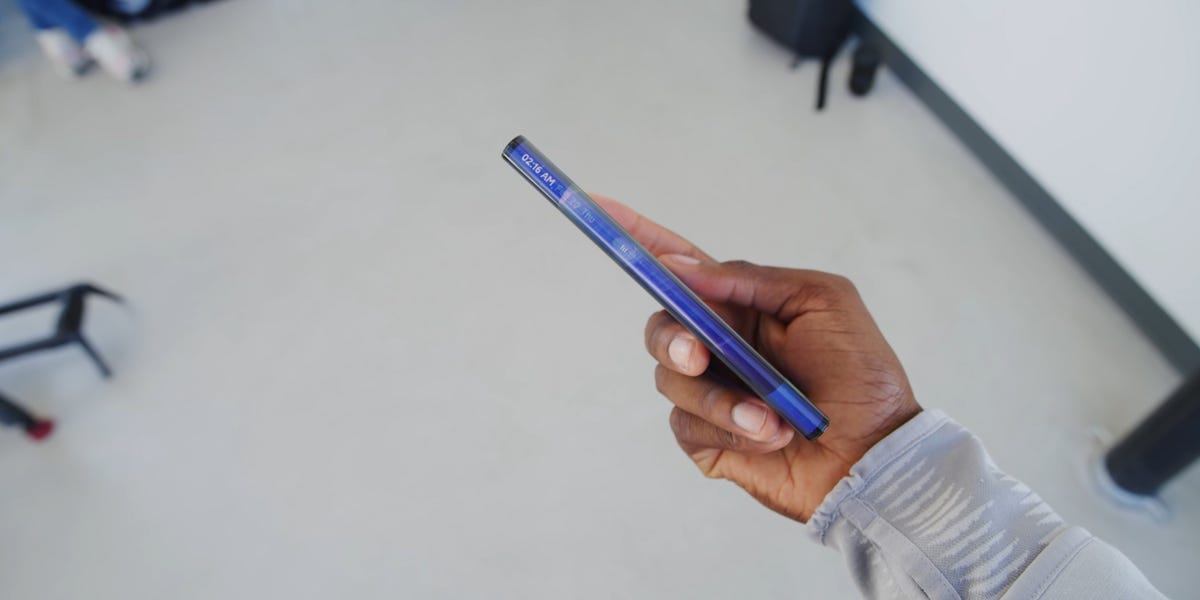