Turkey, which hosts the largest number of migrants in the world, is launching the International Migration Film Festival that aims to boost awareness of their plight and will also serve as a primer of global cinematic output on this timely topic.

There are currently an estimated roughly 4 million migrants in Turkey, most of whom are refugees from war-torn Syria. The festival is a Turkish government initiative being organized by a team of independent local film event professionals. For its first edition the team has assembled a rich lineup of more than 40 films from 25 countries and recruited some big names including Nuri Bilge Ceylan, who serves as jury president (see interview), F. Murray Abraham, Danny Glover, Lone Scherfig, Matt Dillon and Turkish star Tuba Buyukustun, her country’s first International Emmy Award Nominee, also known across the Middle East as Lamiss.

Abraham, who is the son of a Syrian migrant and serves as the event’s honorary president, says the idea is “to promote films which tap into the migration experience” and also to feature “films produced by, directed by, and starring immigrants and refugees.”

In making her selection, programming chief Hulya Sungu says she “realized that there are actually too many refugee and migration films,” so they didn’t have any trouble filling slots. However, when it was decided that the festival itself would migrate online due to the coronavirus pandemic, there were some, albeit understandable, defections that have caused the competition to be slimmed down to eight titles from an initial 12. Still, the competition comprises some of the best recent pics on the topic, including Syrian civil war diary “For Sama,” and “Omar and Us,” about a retired Turkish Coast Guard captain with family issues who overcomes his prejudices and decides to help his neighbors who are two Syrian refugees. (See lineup story.)

The International Migration Film Festival was initially supposed to be held in April in Gaziantep, the sprawling industrial city on Turkey’s southern border with Syria that has absorbed more than half a million migrants.

Master classes, which are open primarily to refugees and migrants from around the world, are being held by, among others, Bosnian director Danis Tanovic, Mexican multi-hyphenate Michel Franco, and Oscar-winning British costume designer Sandy Powell.

Glover, Iranian actor Shahab Hosseini (“The Salesman”), and Dillon will give live interviews about the intersection of movies and migration on the festival’s Instagram account. These talks will be accessible worldwide.

“We hope to reach refugees around the world,” says Sungu, who points out that the initial plan was for the Migration Film Festival to travel from Gaziantep to other Turkish cities where “there are lots of migrants and refugees.”

The fest also features a UNICEF sponsored international short films competition that will award a €5,000 ($5,600) prize to a short specifically focused on issues that migrating and escaping children have to deal with.

“Films and festivals have a unifying role,” says Buyukustun, who is a Goodwill Ambassador at UNICEF and member of the jury of this competition. “They develop our skills, make us see new things, change our point of view and connect cultures,” she adds.

“This festival with its participants and films will make this subject more easy to understand, and more open to discussion. It will help us to build stronger alliances to create a better future for children, and greater empathy amongst people.”

Mon Jun 15 , 2020
When school lets out for summer, the excitement is palpable…there’s no homework, so much ice cream and, of course, camp! But what to do if Covid-19 has closed down the camps in your neck of the woods? Fear not: There’s a Zoom for that. (And some of them are actually […] 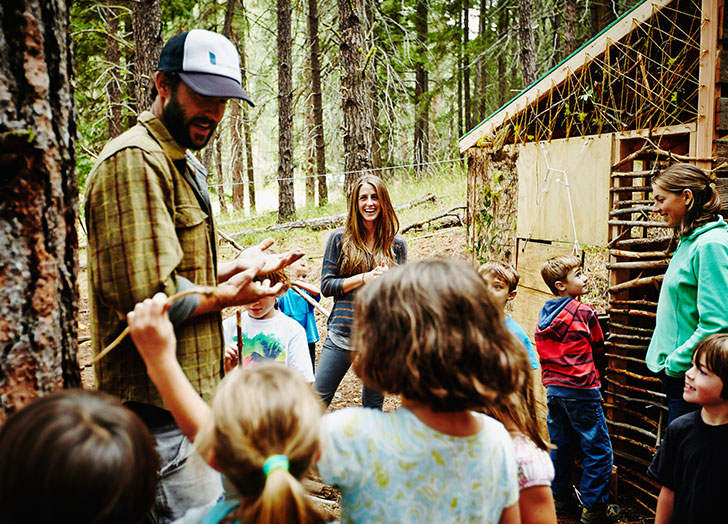