A week ahead of the congressional hearing of four of the most powerful tech industry CEOs, the power struggle has already started.

Lawmakers and advocacy groups are jockeying to shape the logistics of the first-of-its-kind July 27 gathering where the CEOs of Amazon, Apple, Facebook and Google will face questions — likely virtually — from the House’s top antitrust panel. Seemingly small details, they say, could decide whether the hearing succeeds in pinning down the executives about their companies’ alleged misconduct.

The testimony is drawing attention just for the fact that the four chief executives — Jeff Bezos, Tim Cook, Mark Zuckerberg and Sundar Pichai, whose companies are worth a combined $4 trillion — are appearing together before lawmakers for the first time. It’s also the first congressional appearance ever for Bezos, the world’s richest man.

The committee has yet to disclose crucial details about the hearing format, including whether the CEOs will testify simultaneously or how much time lawmakers will get to grill the moguls. In the interim, some lawmakers and advocacy groups are demanding big changes they hope will make it harder for the tech executives to skate by unscathed. And that task could be even harder given the additional logistical intricacies of what’s expected to be a largely virtual hearing.

“What we’re trying to fight for is a format in which the CEOs cannot hide behind each other or take advantage of the structure, to show up and get credit for showing up, but not actually provide the information that the subcommittee is seeking,” said big tech critic Sarah Miller, executive director of the American Economic Liberties Project.

Miller’s organizations and tech antitrust advocates are calling for the House Judiciary Antitrust Subcommittee to make the tech CEOs testify individually. In a recent letter to the committee, they voiced concern that CEOs will be able to more easily dodge questions if they testify side-by-side on the same panel.

Separate, individualized testimony would also give lawmakers more opportunity to delve into the nuanced concerns over each company’s business model, said Miller. While Google has drawn antitrust scrutiny for its dominance in search and online advertising, for instance, Amazon’s role as massive e-commerce hub has drawn the attention of legislators and regulators alike. That makes the prospect of addressing them simultaneously a taller task than other past high-profile groups of CEOs on Capitol Hill, such as the famed 1994 grilling of seven tobacco industry chiefs.

“Even though these are all kind of classified as tech companies, it’s not the same as the tobacco industry. They’re very distinct corporations,” Miller said. She argued separate testimony will give lawmakers time to direct detailed questions at each CEO and get comprehensive answers.

That ask is facing pushback from officials in the tech industry, who say Congress shouldn’t subject each of the tech leaders to the same multi-day marathon of questions Zuckerberg experienced in 2018 at the height of Facebook’s Cambridge Analytica privacy scandal.

“Such a move would be unfair to the witnesses who have agreed in good faith to subject themselves to this hearing,” said Carl Szabo, vice president and general counsel tech trade group NetChoice. His group, one of the tech industry’s most aggressive lobbying forces in Washington, counts Google, Facebook and Amazon among its members.

“We already saw how Mark Zuckerberg when he last testified was up there for hours on end. Now multiply that times four,” Szabo added. If each CEO testified on separate panels, lawmakers could get five minutes or more to question each one, rather than a similar amount of time allotted to questions for the group.

The House Judiciary Committee this month announced that the hearing would be held by its antitrust subcommittee, which has spearheaded Judiciary’s yearlong investigation into allegations of tech companies stifling their competitors.

David Segal, executive director of advocacy group Demand Progress, said that move ensures that the lawmakers most knowledgeable about the topic get a crack at questioning the heads of Amazon, Google, Facebook and Apple.

“The members here have been studying this issue for at least a year and are experts at it, at least in relative terms,” he said. “This is a unique opportunity whereby people who are more thoroughly informed than ever before can ask particularized questions intentionally directed in a way that’s not been the case in the past.”

But Judiciary’s top Republican, Ohio Rep. Jim Jordan, is pushing Democrats to allow the committee’s full membership to take part in the session, citing the fact that the panel’s lawmakers have express a wide range of concerns about the conduct of the tech giants.

In a letter last week to Judiciary Chair Jerry Nadler (D-N.Y.), Jordan said broader participation would “makes the most sense given the scope of the Committee’s investigation.”

By holding the session at the subcommittee level, Democrats may be looking to minimize the chances that their blockbuster hearing veers from its focal point: to dive deep into allegations that tech giants are harming competitors and consumers alike.

Tech executives, including Zuckerberg and Pichai, have been hauled up to testify before scores of congressional committees in recent years, for hearings dedicated to issues such as online privacy, the proliferation of fake news on the internet and allegations that social media companies stifle conservative viewpoints. But those hearings have often veered into topics well beyond their stated focus, with lawmakers raising charges of an anti-GOP bias at hearings on foreign disinformation and bringing up concerns over hate speech at sessions on cryptocurrency.

But NetChoice’s Szabo said he expects that to happen either way.

“Regardless of whether it is limited to the antitrust subcommittee or open to the full committee, the discussion will go well beyond antitrust,” he said. “It will go into issues of election interference, or conservative bias, or any of the other issues de jour on which we like to saddle tech.”

Liberals and conservatives are at odds over time-keeping

Left-leaning advocacy groups have called for giving subcommittee members extended time to delve deep in their questioning — another reason, they say, for having the CEOs testify separately. But Jordan has said the committee should keep to its usual practice of giving each member five minutes for questions, which he says would enable more lawmakers to partake.

According to another letter Jordan sent to Nadler last week, antitrust subcommittee Chair David Cicilline (D-R.I.) plans to allow more time for member questions by granting lawmakers double the usual five minutes to question lawmakers. In addition, Jordan said, Democrats plan to allow one lawmaker on each side of the aisle to question the CEOs for a separate period of up to 30 minutes.

“This extended questioning, while perhaps well-intended, undermines your chief argument against convening the hearing at the full committee level — namely, your commitments to the companies that the hearing would not be overly time-intensive,” Jordan wrote.

Details on the questioning format have yet to be announced, and spokespeople for Nadler and Cicilline declined to comment on the calls for format changes.

But Miller said it’s important that lawmakers have a chance to pose questions over a “significant and extended period” to maximize their chances of extracting information from the executives.

The committee has been at odds with the tech giants over its demands that the companies fork over information and documents that lawmakers say are crucial to the completion of their investigation on competition in the tech sector. Giving lawmakers ample time to pose questions to each CEO, antitrust advocates argue, strengthens Congress’ chances of getting those details.

But if they can’t, Miller said, that could tee up a massive legal bout between the lawmakers and the companies.

“If we see problems with CEOs not being forthcoming or trying to dodge questions or trying to hide behind each other, we’d expect the subcommittee to fight to get subpoenas for additional information that’s required,” she said, “so that’s something that we’ll be looking for coming out of the hearing.”

The reality of a largely virtual session is setting in

Judiciary leaders had long signaled their desire to bring in the tech CEOs to testify as part of their antitrust probe — but none could have imagined the partly online setup now set to take place.

Though the committee hasn’t explicitly said that the CEOs will not appear in person on Capitol Hill, it announced that earlier this month that “witnesses and Members are allowed to appear virtually” — making remote testimony likely. That could make it more challenging for lawmakers on Capitol Hill, who have been slow to adapt to the virtual reality of the coronavirus era, to press the tech moguls for answers in real-time.

It remains to be seen whether officials will be able to generate the same level of intensity as past must-watch big tech hearings in a partly virtual format. Congressional testimony by tech leaders in past years has been marked by heated questioning and tense back-and-forth sessions. But attempts to replicate that energy could run into the same technical snafus and lost-in-translation hiccups that have become commonplace in virtual workplaces amid Covid-19.

Demand Progress’ Segal said it makes sense to Congress to “relax” its rules on in-person testimony for this and other hearings due to Covid-19. But he is optimistic it won’t get in the way of officials getting the answers they seek from the CEOs.

Mon Jul 20 , 2020
Jack Ma, founder and CEO of the Alibaba Group – Jacques Brinon /Earns Alibaba He is known for his lavish parties and eccentric tastes. In the past Jack Ma, the 55 year-old billionaire founder of Chinese e-commerce giant Alibaba, has attended the group’s annual company festivals dressed up as a punk rocker […] 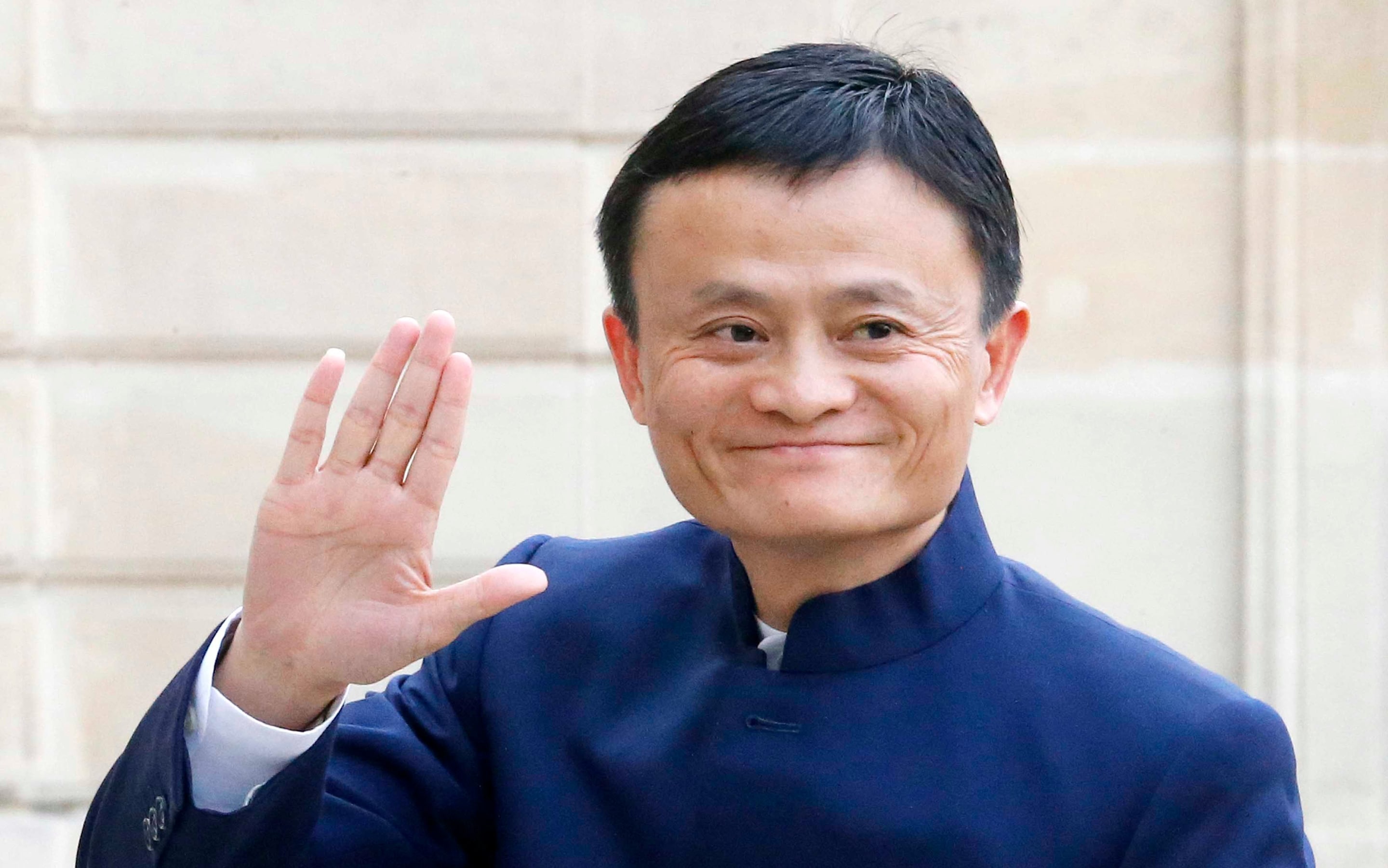