Technologists love to talk about the future. Some of them even self-style themselves as ‘futurists’. These are the kind of guys (all genders) that like to tell you that their grandchildren will probably live to 150-years of age due to the ever-advancing envelope of medical science.

Software industry visionaries and luminaries are arguably somewhat more pragmatic, but no less prescient in their ability to be able to think about the next-big-thing and talk about likely platform-level shifts that will impact the way we use devices in the near future.

The next big thing? Always, about 5-10 years away

When will the next Twitter, Instagram, iPad or Internet of Something (IoS) happen? Nobody really knows, so that’s why software visionaries usually say, “Oh, between five and ten years from now.” It’s a safe bet and they’re probably right.

Too humble to think of himself as a visionary, futurist or some sort of idealistic tech soothsayer, Soma Somasundaram prefers to just call himself Infor’s chief technology officer and president of products.

Working to make sure that his firm’s industry-specific Enterprise Resource Management (ERP) and Supply Chain Management (SCM) tools stay as current and forward-looking as possible, Somasundaram has said that he sees the major factors driving onward software development falling into what could be segmented out as four key cornerstones.

Pointing to the ubiquitous connectivity that stems from the proliferation of cloud computing platforms and services, Somasundaram suggests that we have a not insurmountable – but still massive – interconnectivity task ahead of us if we want to use Application Programming Interfaces (APIs) and cross-cloud connections in the most productive ways possible.

“As cloud adoption continues and APIs connections grow, the vast amount of data we have available to automate or optimize or to help us make better decisions will always need to be iterated and improved upon. These approaches require ‘micro apps’ that deliver a service. Since these apps need to be purpose-built based on the set of use cases, there will need to be plethora of apps to serve the vast number of use cases that need to be addressed across many industries,” said Infor’s Somasundaram.

If cloud is cornerstone #1, then business differentiation through customized personalization twinned with Artificial Intelligence is cornerstone #2. Or to put it in simple terms… smart software will help create stickiness.

Putting this into a business context, Somasundaram uses the example of firms constantly trying to offer more value-added services to convince customers more directly that their buying decision is the right one. Simple retail examples like customized Nike shoes illustrate this at one level. But a better example would be some bespoke new maintenance service on a product that a customer buys — this is a key route to creating creates stickiness with customers

“In order to do create this kind of functionality, new apps are needed that collect data (potentially also using Artificial Intelligence (AI) and Machine Learning (ML) to predict certain events) and alert the customer to take proactive action on the impending event, before it happens. These apps have to be use case-based, hence the need for a lot more apps over time,” said Somasundaram.

Higher up on low-code & no-code

We have of course been hearing about the rise of low-code and no-code software development platforms for some time now. This is software that compartmentalizes certain portions of pre-defined logic and computer power so that low-code programmers don’t always have to reinvent the wheel. Further, it is drag-and-drop visual interface software for non-technical businesspeople (citizen developers) to use no-code as a way of directing the software engines at the back end to give them new app functions.

But (and this of course is cornerstone #3) neither low-code or no-code will stop the need for future software development streams at the hardcore coder level.

“The need for developers, even when future apps will be increasingly built with low-code and no-code will always be apparent, so long as our imagination persists. Citizen developers experimenting and testing new app functionalities and use cases is a great thing, but at the end of the day, professional coders are still needed to build the GUI and APIs powering these platforms. Only with this higher tier of programming power can we give less technically qualified workers the tools and ability to experiment, and also the freedom to think outside the box,” said Somasundaram.

Finally to cornerstone #4, the Infor software chief asks us to think about what he calls the hyper-advanced enterprise and consider how its operations

“Now and in the immediate future, coders will need to double down on creating the link between back end software and consumer tech wearables and gadgets. So, we need visionary coders to build apps and enable functionality for things like advanced voice assistants predicting inventory orders and issuing Yes/No commands based on world events, historical bottlenecks, supply chain failures and best practices across entire industries and peer sets,” said Somasundaram.

He also points to the use of Virtual Reality glasses and motion controlled devices that enable employees to ‘see’ a map of the enterprise, dive deeper into each function and then swipe one way to start/end meetings, minimize/maximize widgets on data dashboards, double-tap on blinking red buttons to assess IT downtime, active hacks and supply chain stoppages.

More software, always then? Yes, says Infor’s Somasundaram. We’ve yet to even really talk about holographic ‘in-person’ board meetings (that show body language and tone of voice as compared to the written word) to ensure decision-makers get a better sense of reactions to success and failure, and clearer direction on solutions. Digital business has a lot more to come with many of the ideas and concepts still very much in prototype stage development as we stand at the start of the decade.

More software, tomorrow & the day after that…

Perhaps the core truism that distills from all of this is that new software development isn’t going away any time soon. Although many of us might think that we surely have ‘enough’ software by now, we will in fact need increasingly granular, increasingly custom-tuned software services for an infinite variety of use cases for the foreseeable future.

This new software will, in turn, change the ways human workflows work and create a virtuous circle that feeds back to our developer-programmers as we ask them to create even more apps and services. More software please… and after that, yes, a bit more as well.

Thu Oct 1 , 2020
Meanwhile, more than 600 students and faculty sent an open letter to UCSD calling to stop the Return to Learn plan. SAN DIEGO COUNTY, Calif. — University of California Health announced Monday UC San Diego will be one of two campuses to pilot a smartphone technology that notifies users if […] 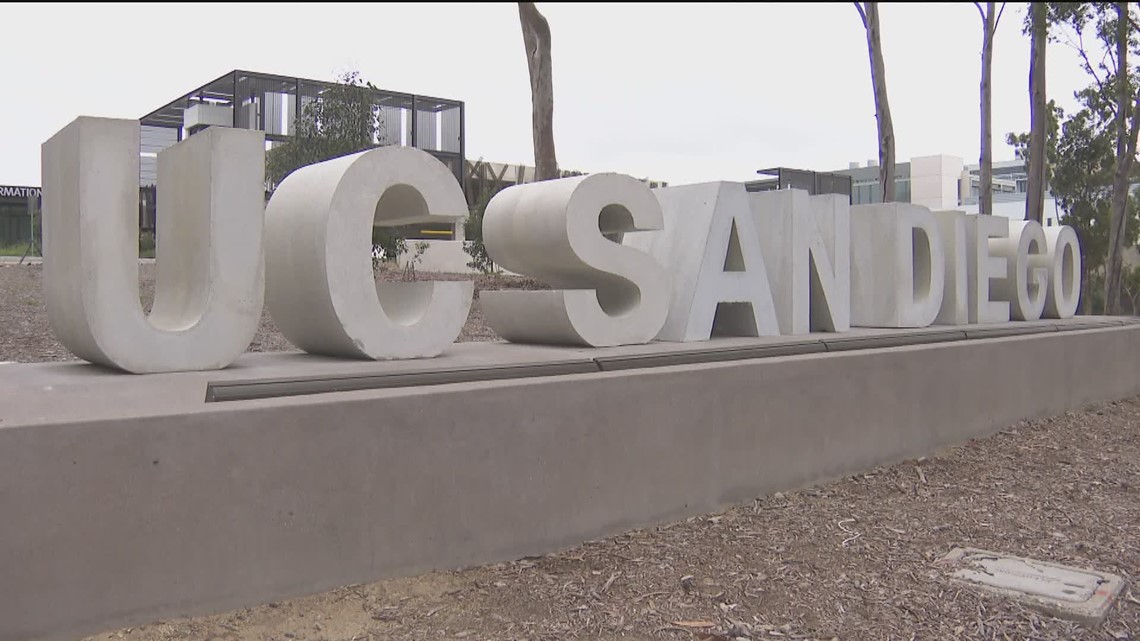