As stay-at-home orders were put in place across the county, Brandon Hall’s March took some unexpected turns. He was working in a temp job for Paramount Pictures, a common job for workers trying to break into the film industry, when his wife had a baby. About a week later, he was laid off from his job as employees had to start working from home.

With a new child and now no job three years after graduating with a master’s degree in film and television production, the 37-year-old Pennsylvania native would have had to start looking for yet another temp position. Instead, he quickly landed a coveted spot as a writer and producer at Los Angeles-based Stone & Company Entertainment, thanks to a program, First Jobs, run by his alma mater.

“I found First Jobs really to be an oasis, in the desert of job applications,” Hall said. “Otherwise, there’d be nothing to separate my resume from a pile of other resumes.”

The USC School of Cinematic Arts launched the program First Jobs in 2017, aiming to connect its recently graduated film students to potential employers. The idea is to help those up to five years after graduation get their “first job” in the industry.

“It felt, sometimes, hopeless for those people that didn’t have connections [in the entertainment industry,]” First Jobs founder Aaron Kaplan said. Kaplan is also the founder and CEO of the production company Kapital Entertainment. He said he started and helps support the program to get students to break into the industry, so they can go on to assist other students in the future.

Since the program began, First Jobs has placed 355 graduates in jobs and has connections with 386 employers. It has helped 27 graduates find jobs since the COVID-19 pandemic hit, despite the bleak job market for workers in the entertainment industry, says Lisa Fox, who runs the program.

Tens of thousands of workers lost their jobs when production halted and live events were canceled.

Fox said the success in continuing to place graduates is because First Jobs is able to use the connections it has made to find what limited jobs are available.

“Yes, we are in a pandemic right now for sure,” Fox said. “And have jobs been affected? For sure. But we are trying to be that much more hands-on with our alumni to make sure we’re bringing them the best opportunities, and all opportunities, that are out there in the workplace.”

Across the industry, hiring is on hold as companies adapt to changes brought on by COVID-19, according to Greenlightjobs. Lisa Kaye, the founder and CEO of the online career network that posts job listings in the entertainment industry, said many clients that use the site have postponed hiring indefinitely, for positions of all levels of experience, leaving recent graduates entering the film industry scrambling for opportunities.

Still, remote and virtual work is expanding as new technology moves to the forefront of filmmaking. Kaye said many companies are trying to turn internships and other jobs into remote opportunities, something First Jobs has paid attention to as well.

“The industry is recalibrating and re-imaging what the workplace will look like,” Fox said. “We already know that much of the pre- and post-production pipeline can be done remotely.”

For some jobs though, especially those in production, in-person work is necessary. As sets begin to open back up, new rules have restricted how many people can physically work during a shoot.

Luke Konopasky, 22, graduated from the School of Cinematic Arts in May. Through First Jobs, he was able to secure a job as a gaffer, a fitting position for his freelance aspirations. Konopasky, from Orange County, will work with a skeleton crew of about five people, and considers himself fortunate.

“Based on the pandemic, the majority of all my friends were just out of work, they couldn’t find any work whatsoever,” Konopasky said. “So it was a really, really nerve-racking situation.”

The overall goal of First Jobs is to foster relationships within the entertainment industry, which is even more important in the current environment.

Another graduate, 33-year-old Laurie Gardiner, was placed in a full-time position with Asylum Entertainment in Encino last year. Although Gardiner, originally from Houston, was furloughed in March, the company reached back out to her this month and decided to promote her.

“There’s just so much happening in the world right now, in terms of race relations, in terms of furloughs and people being laid off, and the job market just completely changing, especially within our industry,” Gardiner said. “I think initially I was a little bit worried, but at this point I feel a lot of hope in terms of how we’re going to move forward as a unit and as a nation.”

When Kaplan first became involved with the USC School of Cinematic Arts, he admitted that the idea of fellow alumni supporting each other was not well executed, which he strived to change with First Jobs. He said every school, in every industry, should be doing the same.

“There is a certainty because we will be OK,” Kaplan said. “And these students will have opportunities, and there will be jobs. But … we are in a moment of time that it’s very difficult. And that’s why this program is even more important, now more than ever.”

The 5 key questions about Google and Apple's contact tracing system

Fri Jun 19 , 2020
The tech giants were first turned away by the Government but now they are its only hope for a functioning contact tracing app – Telegraph/Telegraph This week the UK government performed an abrupt u-turn on its contact-tracing technology to tackle coronavirus.  The app it was developing with NHSX, the health service’s […] 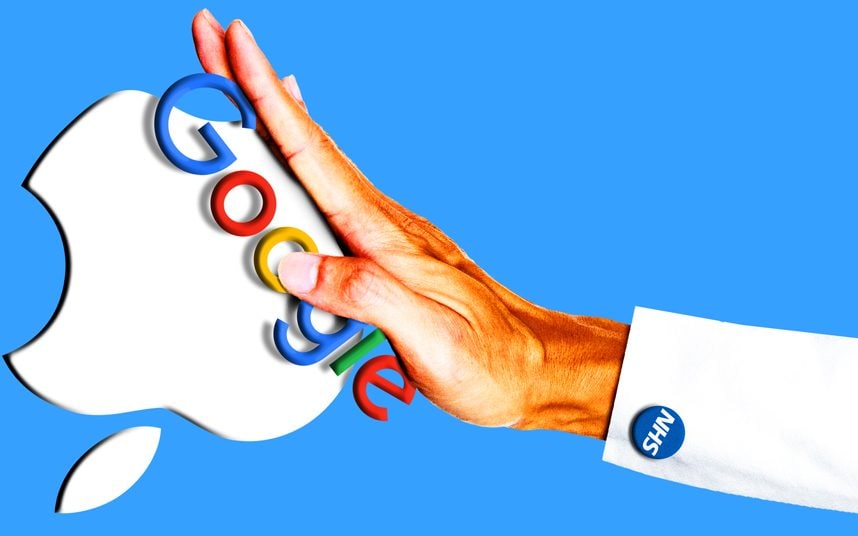