The Last Jedi, the eighth chapter of the 42-year “Skywalker saga,” is now available on Disney+. The film is divisive among the Star Wars fandom, with some fans regarding it as either the best or worst Star Wars film in the canon. USA Today’s Brian Truitt called it “a stellar entry that owes much to George Lucas’s original films,” but other fans have found plenty to criticize with the sequel.

Writer-director Rian Johnson delivers an earnest love letter to the Star Wars universe through The Last Jedi—but it’s one that complicates and interrogates what it means to be a hero like Luke Skywalker.

Where to stream The Last Jedi online

What is The Last Jedi about?

Picking up immediately after the events of The Force Awakens, Episode VIII finds the Resistance on the run from the sinister First Order. The young Rey, carrying the torch of the extinct Jedi Order, travels to an ancient paradise to find the legendary Skywalker, who has cut himself off from the Force and gone into exile.

Kylo Ren, son of Han Solo and Leia Organa, grapples with his abusive puppet master, Snoke, aboard the flagship Supremacy. Shattering his mask in anger, having just slain his own father, he grows uncertain of the role he must play in galactic history.

Meanwhile, the young heroes Finn, Poe Dameron, and Rose Tico are put to the test as their own command ship runs low on precious hyperfuel.

This is an inspiring tale about hope, failure, and who’s truly worthy of brandishing the laser-sword equivalent of Excalibur.

This article originally appeared on Reviewed.com: How to watch Star Wars: The Last Jedi

The 5 best Amazon deals you can get this Tuesday

Tue Jun 16 , 2020
Hot deal alert! — Recommendations are independently chosen by Reviewed’s editors. Purchases you make through our links may earn us a commission. When it comes to online shopping, there are regular stores, and then…there’s Amazon. Spanning countless categories ranging from beauty and pet essentials to tech and fashion, the retail […] 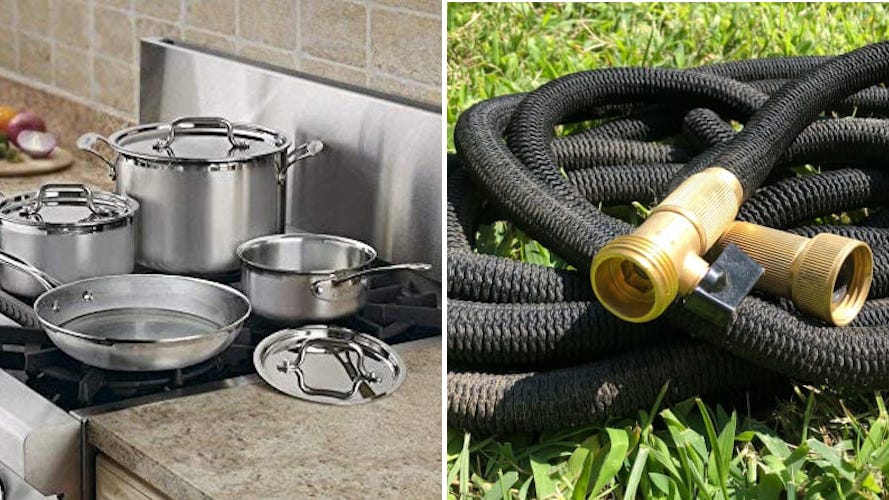