With Star Wars: The Rise of Skywalker, the nine-film, four-decade “Skywalker saga” comes to a close. Director J.J. Abrams (Star Trek Into Darkness) and co-writer Chris Terrio (Justice League) deliver the final chapter that concludes the sequel trilogy. As with The Last Jedi, fans are divided on this film—some find it to be an appropriate end to the saga, while others walked away feeling disappointed.

Where to stream The Rise of Skywalker online

What is The Rise of Skywalker about?

Audiences had questions going into this film: Who was Supreme Leader Snoke, Kylo Ren’s master? What’s Lando been up to the last couple decades? Are Finn and Rose going to end up together? How do you handle the character of Leia Organa following the untimely death of actress Carrie Fisher? What’s all this “Reylo” fan art about? And how on Earth do you wrap up a story this big while also adding something new and meaningful to the Star Wars lore?

Ultimately, Rise of Skywalker answers some of these questions but leaves others unanswered. The film follows The Resistance as they try to defeat the evil Emperor Palpatine (again). The lightsaber battles don’t disappoint, and neither do the new force powers we watch Rey flex. And thankfully Rise of Skywalker managed to introduce one of the best new characters in the entire Star Wars franchise—Babu Frik.

To start watching The Rise of Skywalker, you can subscribe to Disney+ for $6.99 a month or $69.99 per year. Or you can get the service as part of a special value bundle with ESPN+ and Hulu for $12.99 a month in total.

This article originally appeared on Reviewed.com: How to watch Star Wars: Rise of Skywalker

Wed Jun 17 , 2020
I’m not expecting Mattel to ask me if I’d be interested in licensing my name and likeness for an action figure, but if they were interested in creating a highly unmarketable “Distraction Figure,” I’m their guy. The lure of the next click, the Carrollinian seduction of the rabbit hole, the […] 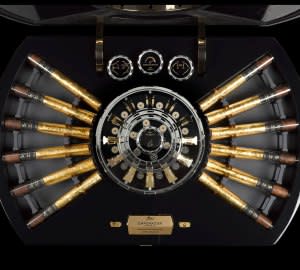