For the longest time, one computer has been enough to do it all. But it’s never been easier to get a cheap computer, and a second machine can do everything from help you code across multiple platforms to run lots of taxing programs at once, or just give you a nice change of digital scenery throughout your day. If you’re in a position where you need and can afford more than just the one computer, your buying options increase quite a bit! But should you buy the same laptop twice, for maximum compatibility? Which OS is the best for taking on the go? Do you need one giant monitor ruling over all your devices? Here we’ll outline the choices available to you, and how they stack up against each other.

With so many permutations and different usage scenarios to talk about, we can’t cover every eventuality, but this should at least give you some points to consider. The best option isn’t necessarily the most obvious one.

We’re assuming for most people a two-computer setup means one device staying at home and one device traveling around with you (even if that’s from the desk to the couch). For the former, we very much like the idea of desktops—they’re great, as long as you don’t have to take them anywhere. They’re usually the better value for the money and can give you more configuration options and ports. As an added bonus you’ll be able to sit in a more natural position while using one too.

You don’t get the display built-in though, so you’ll need to buy a monitor separately. If you want at least one display in your set up that’s over 15 or so inches—and we’d recommend it for just about anyone—then this is the way to go, with the extra benefit that you can hook up streaming dongles and games consoles to the same screen as your desktop.

For serious video and image editing, as well as for productivity in general, a larger monitor makes more difference than you might think. All this costs money, but if you have the budget then getting two or even three app windows up side by side can significantly change the way you use your computer for the better.

G/O Media may get a commission

Having an abundance of display inputs on your monitor also means you can plug your laptop in when it comes home, so a big screen might well be worth the investment if you need something versatile. Don’t forget that your monitor can stay the same even as the hardware underneath it changes, so you can keep the same screen while switching from a Mac Mini to an Alienware gaming rig.

All-in-one computers are another option—you’ll pay more and the components are typically less powerful than equivalent desktops (due to the lack of space and room for cooling), but they’re a lot tidier and mean you don’t have to buy a monitor separately. You’ve got the iMacs from Apple and Windows all-in-ones from the likes of Dell, HP and Acer to pick from, and many allow for a second input besides the built-in one.

Taking our original scenario of having a second computer for on the go, then it obviously makes sense for this second device to be a laptop. If you want to go for two laptops for more flexibility, we won’t judge—though it might be an idea to pick one for power and one for portability. Invest in an external monitor and you can have everything connected at once.

Unless you’re looking to do some serious gaming or video editing while on the move, you’ll probably want to prioritize lightness and compactness for your second computer—you’re going to be lugging it around with you. Keep the specs as modest and the size as small as possible.

There’s also the option of picking a tablet as your second ‘computer’, as these days they’re interchangeable in a lot of ways—iPads work very well with Macs thanks to Sidecar, and Surface tablets from Microsoft turn into Windows laptops, just about, when you clip on a keyboard. It’s still debatable whether iPads and Surfaces and similar devices can replace laptops, but they can certainly complement laptops very well.

Once you’ve picked your two computers, what operating systems are you going to go for? The same or different? At this stage in the history of computing, you probably have your established favorite out of Windows or macOS—and we’re not going to get into a huge feature-by-feature comparison right now—but your decision here is a bit more nuanced than you might realize at first.

For consistency and convenience, get two Windows computers or two Mac computers (or a Windows and a Surface tablet, or a Mac and an iPad). Everything will then work seamlessly together, with all your files backed up in OneDrive/iCloud, and everything from your desktop wallpaper to your web passwords synced across devices. You’ve little chance of coming across incompatible file types or applications using this strategy.

Should your work dictate you use both Windows and macOS, or you just want to keep a foot in both camps, it’s not as difficult to use them together as you might have thought—browsers like Chrome, file syncing services like Dropbox, and applications like Office 365 mean you can get very similar setups on both machines.

If you are going to take this route, it doesn’t matter hugely which OS you keep at home and which you take on the go with you but keep in mind that it’s much easier to run Windows on a Mac (through Parallels or, for a little while longer, Boot Camp) than it is to run macOS on a Windows machine, and that might influence your decision. If you want to be able to switch between Microsoft and Apple OSes on the go, get a MacBook.

Linux remains a niche choice outside of coders and open source enthusiasts but it can be handy for making use of an old laptop or taking back control of your security and privacy. It’ll certainly save you some money, and it’s user-friendly enough for most people to be fine with—as long as you don’t need games or specific commercial software that Linux doesn’t have, the OS is worth investigating.

Also worth investigating for your on-the-go computer: Chromebooks. They’re lightweight and inexpensive, they can sync data with Chrome on Windows or macOS, and they can run Android apps too. If you absolutely need to get at a particular desktop application, you can even use Chrome to access your home computer remotely from a Chromebook, though admittedly the experience isn’t ideal (especially as you’ll usually be on a smaller display).

One of the benefits of using a Chromebook as your mobile computer is that you’ve got no data to back up or save—everything runs in the cloud. If you do the majority of your computing inside a browser, then a Chromebook might suit you very well, and it’s likely (though not certain) to offer better battery life and lower operating temperatures than you get with Windows and Mac laptops.

While keeping the OS consistent across computers is more convenient and in some ways, a more powerful option, mixing it up can give you the best of several worlds: Gaming, cloud computing, compatibility with other hardware, creative and professional software, affordability and so on.

As always, no decision is made in a vacuum—you’re going to have to think about the software you’re already using, the smartphone you have, what you might need to use in the future, and what fits in best with your current hardware setup before you get around to spending any money.

How to make your computers talk to each other

For those times when your dual computer setup is all in the same place, you can get a variety of peripherals to help you switch between both. There’s the traditional KVM switch, which lets you use a single keyboard and most across multiple devices—and there’s a wide range of software KVM switches that let you move between devices without plugging them all in. Synergy might be one of the best-known software KVM switches and can be had for as little as $30.

We’ve already mentioned monitors with multiple outputs, but keyboards like the Logitech MX Keys can also switch between more than one computer, so you don’t have to keep jumping around. Even most Bluetooth keyboards will let you hop between devices, though it won’t be as seamless as some of the above options.

The point is there are affordable options that can quickly get your whole set up working together and let you fully appreciate all that money you’ve spent on multiple machines.

Dfinity’s Internet Computer Could Be a Truly Decentralized Alternative

Mon Aug 17 , 2020
Proponents of blockchain technology herald decentralization as a key facet of its revolutionary nature. But the majority of users are still accessing decentralized exchanges, or DEXs, decentralized finance, or DeFi, and decentralized applications, or DApps, through web browsers served by centralized cloud services. Cointelegraph spoke to Dfinity founder and Chief […] 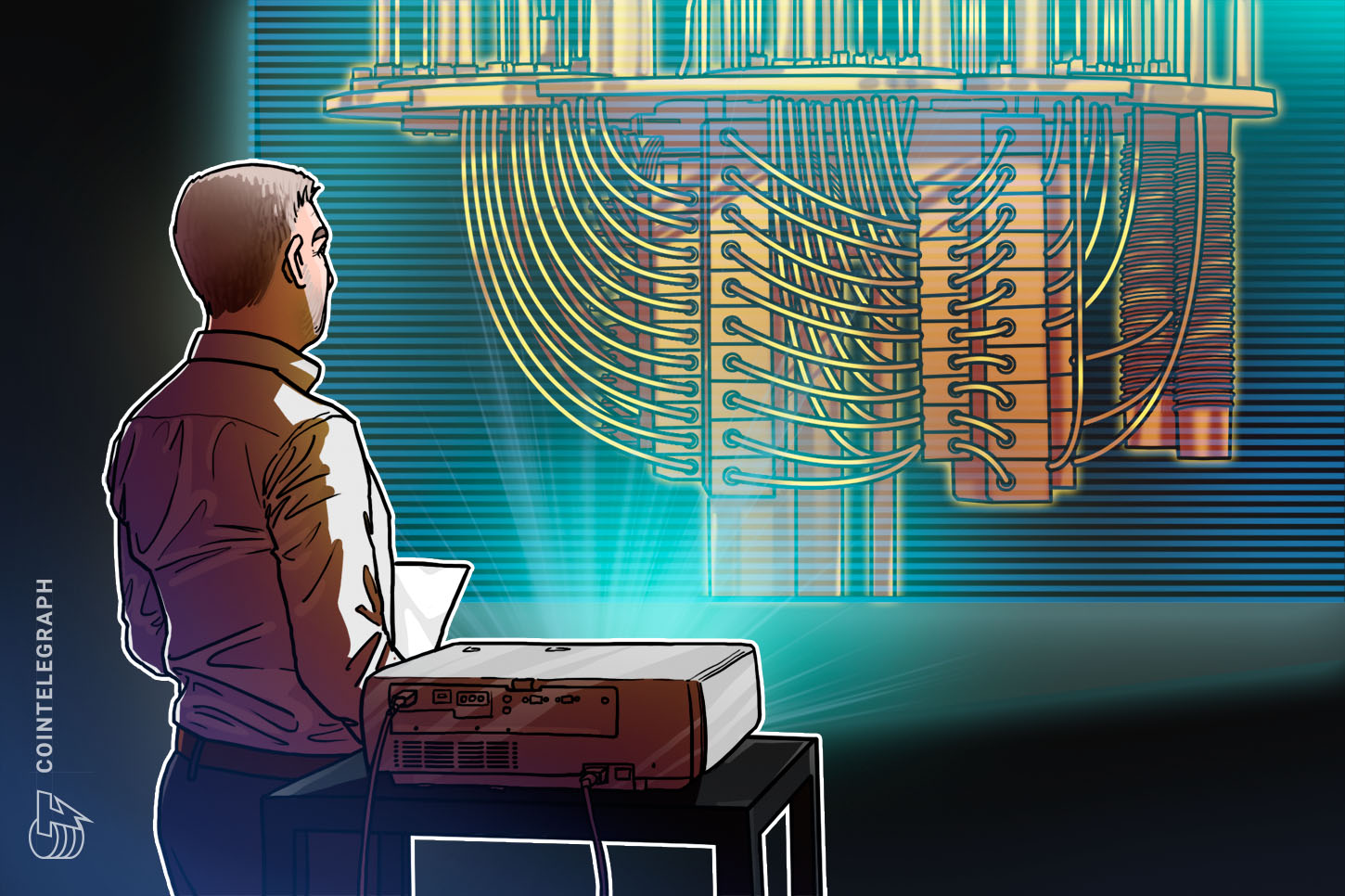