Disney World and Disneyland are still scheduled to reopen in early July, despite a surge in COVID-19 cases in Florida and California, where the theme parks are located. And both employees and fans are concerned.

But park employees and labor unions are calling for change before the parks reopen. A group representing California-based Disney employees, called The Coalition of Resort Labor Unions, sent an open letter last week to Gov. Gavin Newsom, asking for more protection for employees and patrons. “Unfortunately, despite intensive talks with the company, we are not yet convinced that it is safe to reopen the parks on Disney’s rapid timetable,” the letter reads.

A Change.org petition asking Disneyland to reopen at a later date has also earned close to 50,000 signatures. “Everyone is rejoicing for the reopening of the parks but not during a pandemic where people are DYING. Now is not the time,” the petition reads.

Another petition to delay opening, this time at Disney World, has also attracted a lot of attention. “This virus is not gone, unfortunately it’s only become worse in this state,” the petition — titled “Protect Our Magic Makers” — reads. “It is not fair to the people who work there to risk their lives, especially if they are at risk or have family members who are at risk. People are more important than making a profit.” That petition has currently racked up over 8,000 signatures.

A Disney spokesperson did not respond to Yahoo Life’s request for comment by deadline.

Christopher Duarte, president of Workers United Local 50, a labor union that works with Disney employees, tells Yahoo Life that workers have been “mixed” on going back to the parks. “It runs the gamut as far as responses,” he says. “The majority — about 65 percent — are not ready to go back work at this moment. The other portion is ready to go back.”

Others want to go back to work, but don’t want to be a part of the first wave of reopening. “They don’t want to be guinea pigs and want the kinks worked out beforehand,” Duarte says. “We also have people who are a little hesitant and prefer not to go back to work unless they have to.” Andrea Zinder, president of the workers union UFCW 324, tells Yahoo Life that Disney employees her union works with are “very scared…that sums it all up.”

Union representatives say Disney has made some good steps toward protecting workers, but needs to do more

Disney has vowed to take these safety precautions at both Disneyland and Disney World:

A lot of the safety issues for employees right now are around testing workers for COVID-19, Duarte says. “Right now, the company doesn’t want to do any sort of testing,” he says. “We just think that’s not a good answer.”

Duarte says that the density of people in the parks, and the fact that guests from around the world, is particularly concerning. “The variable of guests, on top of the number of workers in general, increases exposure,” he says. “That’s why our concern is testing.” Duarte says many employees hope that through regular testing, employees who test positive for COVID-19 can be identified and isolated before they have the potential to infect a large number of co-workers and guests.

He adds that Disney has been “good for the most part,” but that employees would like other safeguards put in place, including “betterment of sick pay.” As things stand now, Disney will pay employees for time they need to take off if Disney asks them to self-isolate or if they test positive for COVID-19, Zinder says. “But if a doctor tells you to self-quarantine because you’ve been exposed to someone, they are not paying you anything above what little bit of sick leave employee may have,” she says. “That is inadequate. We’re concerned that people will be forced to choose between protecting fellow workers and getting a paycheck.”

Duarte says this shouldn’t be an issue. “It’s our belief that economics is often a large factor for lower-income people for whether they go to work if they’re sick,” he says. “We should be taking that out of the equation by encouraging people not to come to work if they’re showing symptoms and to continue to pay them.”

Zinder says there are also concerns about what to do if a guest refuses to wear a mask or what protocols are in place if someone tests positive for the virus. “Are they going to close down a store and disinfect it right then or will they just clean the store at night? What extra measures are they going to take to make sure that area is cleaned as thoroughly as possible?” she says.

Overall, Duarte says, employees and union reps have “major concerns” about the potential for a COVID-19 breakout linked to Disney properties. “This impacts not just the members, but their households and communities,” Duarte says. “It’s a little bit of a petri dish.”

Thu Jun 25 , 2020
The CT scanner as envisioned by Ted Humble-Smith: “It’s a hell of an invention” Ted Humble-Smith is a conceptual still-life photographer. He’s well known for his fashion work. Ted can take a lipstick or a watch and with his extraordinary vision and skill turn the beautiful into something even more […] 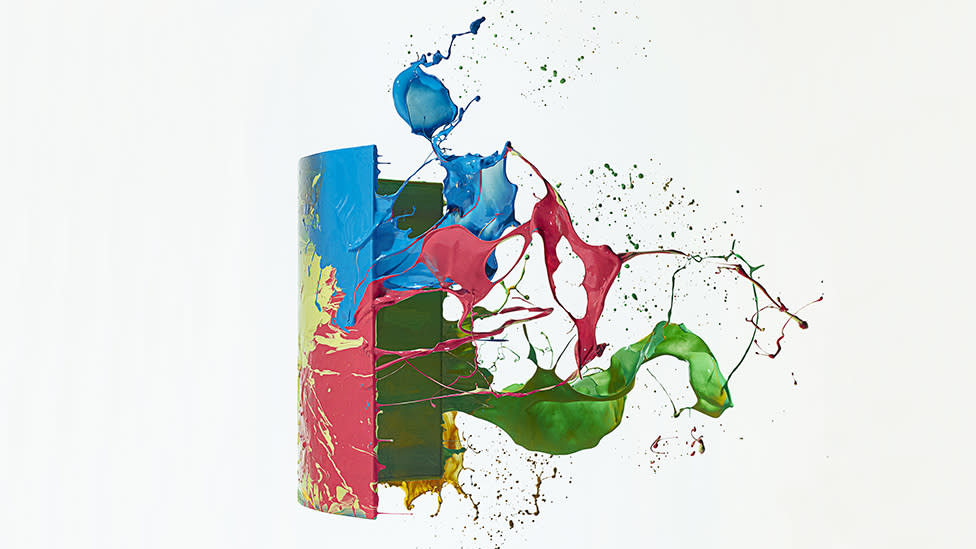