The coronavirus pandemic has wreaked havoc on the global economy, dramatically changing the way entertainment lawyers have conducted their business in Hollywood, New York and everywhere in between since March.

Power lunches at the Palm have been replaced with marathon Zoom calls and negotiating contracts has gone from in-person meetings in Manhattan skyscrapers to FaceTime sessions from at-home offices and kitchens with children scurrying around. It’s a whole new world, and the legal profession is adapting in myriad creative and innovative ways, even as racial tension surrounding the deaths of George Floyd and others have increased the spotlight on diversity and inclusion issues.

Variety selected the attorneys on our annual Legal Impact Report before the pandemic forced massive business shutdowns around the country. Work on it was well underway when the report was rescheduled to July 14; the Power of Law breakfast has turned into a virtual one on July 15. During the intervening months, attorneys have continued to make deals and advise clients on issues related to the pandemic and beyond.

“So much has certainly changed in the world since we last spoke,” says Ivy Kagan Bierman, a Loeb & Loeb partner focusing on entertainment and labor. “Much of my time over the past few months has been spent on helping entertainment companies navigate the shutting down of productions due to the pandemic. I have been dealing with all of the guilds and unions on their behalf on the shutdowns and now on ramping back up.” She adds that she has also been advising clients on work-culture issues.

Music attorneys have been working hard to help their clients find new revenue streams to make up for lost touring income, even as artist and publishing deals continue during the pandemic.

“Interestingly, I’ve found that the rest of the business is pretty robust,” says Don Passman, partner with Gang, Tyre, Ramer, Brown & Passman, who recently updated his 1991 book, “All You Need to Know About the Music Business,” to account for streaming-related changes to the biz. “People are still making record deals, publishing deals; people are buying and selling catalogs.”

COVID-19 hasn’t slowed down work on the studio side either, according to John Biondo, Lionsgate exec VP of business & legal affairs, who has been working from home since Los Angeles County issued its “Safer at Home” order.

“I certainly miss the camaraderie being physically, you know, in the same location as my colleagues and things like that, but we have our weekly Zoom staff meetings and we’re in constant contact via email and phone and Zoom,” says Cohen, who starred in “The Goonies” as a child and went on to earn his law degree from UCLA.

At Cohen Gardner, he focuses on transactional representation for clients in the entertainment, media and technology arenas, boasting a roster of high-profile actors, comedians and other assorted artists working in the industry.

“The truth of it is, from a productivity perspective, we’re at 100%,” Cohen continues. “You know, the big issue, as I see it, is when is production going to restart in earnest? And what’s going to happen with live performance? Those are the two big issues.

“Certain productions are already commenced, other productions are kind of starting up and producers and studios are trying to figure out a mechanism to safely do all that. And, certainly, the demand for content is high, the deal volume is high for the development of new projects and animation is something that is certainly booming because you don’t need to be physically present in a room with people to do that. But as for live performances — it seems like that’s not going to perhaps begin in earnest until 2021.”

One of the challenges for lawyers during the era of COVID-19 has been negotiating the ubiquitous force majeure clause which, in normal circumstances, relieves parties from liability in the event of an occurrence beyond anyone’s control — war, crime, Category 5 hurricane. But in the case of a pandemic for which numbers are spiking with no established treatment or end in sight, entertainment attorneys have had to reconfigure their understanding of what force majeure entails.

There hasn’t been a pandemic that has ravaged the world to this extent since the flu of 1918.

“Force majeure clauses are typically boilerplate, they’re at the back of an agreement and maybe not given a whole lot of thought,” says Neema Sahni, a litigation partner at Covington & Burling in Los Angeles. “I would definitely say this is the first time in my career where so much attention has been given to those clauses and what they mean. Every single word of the clause — what meaning does it have? How does it change the meaning of the contract? I’ve had to learn that area of the law, which in some cases is very dated. You’re going back and looking at how courts have interpreted this for decades and centuries and trying to analogize it to a circumstance that is very different than anything we’ve experienced before. It’s not black and white, it’s not straightforward and you really do have to dig into the law.”

Sahni has thus been tasked with guiding her clients through the process of entering into entertainment business contracts while contemplating the ramifications of COVID-19.

“Unlike other contracts which speak in general terms, clients are interestingly trying to define real parameters around this pandemic,” she says. “There’s not a lot of clarity or certainty about what this will look like in six months or a year and, in some ways, one of the challenges of contracting is guarding against the unknown. The exact impact [of COVID-19] on businesses month to month is really fluid and so working with clients and trying to develop the right level of detail in their contracts to guard against that certainly has been really interesting and incredibly challenging.”

Paul Bernstein, vice chair of Venable’s Entertainment and Media Group, likewise says, “everybody has had to take a hard look” at both their existing force majeure clauses and any agreement going forward.

“The tricky part,” he says, is that these clauses are ambiguous in a lot of existing contracts. “For example, take government shutdowns caused by a pandemic. Well, it used to be you had the old catch-all phrase of ‘an act of God.’ And so you might say a pandemic is an act of God. OK, maybe. But the state of California telling you that you can’t make your TV show and your movie — that’s not an act of god. That’s an act of the governor of the state of California.”

With productions slowly starting up again, and those involved mandated to comply while on set with what’s called “an autonomous” COVID-19 compliance officer, it will be interesting, Bernstein says, to see how this all shakes out in practice.

Especially with the number of COVID-19 cases spiraling back up.

What is clear is that with the industry evolving at such a rapid pace — six months ago, nobody predicted at-home concerts would prove such a marketable endeavor — the demand to iron out deals has grown tenfold.

“There was already a sense of urgency doing deals just in general, but now there’s even more of a sense of urgency,” says Jodie Shihadeh partner at the New York-based Davis Firm. “Our clients are constantly innovating every day and improvising ways to get their music out to their audience. For me, it’s really about staying on top of the daily development of what is happening in this business, and then predicting what revenue streams are going to become increasingly important to clients now that touring is paused temporarily.”

The key, she says, is keeping up with the clients and executing their vision, citing Swizz Beatz as an example.

“He did that whole Versuz battle live on Instagram, and it’s totally taken off,” she says. “Now we’re figuring out how to scale that idea and make it a business. That was something that blossomed literally overnight.”

In the early days of COVID-19, Tom K. Ara, co-chair, entertainment transactions practice at DLA Piper, performed a considerable amount of “professional legal triage” for his clients. Now, the focus has shifted to what comes next?

“Once the shellshock wore off, we then saw people figuring out, ‘OK, what are we gonna do in lockdown mode? Are we gonna just sit here and twiddle our thumbs or are we going to keep busy with something?’

“When production had shut down, most new financing transactions were on hold or shut down, particularly bank financing. Now, the focus is more on anything that’s completed — distributing it, getting it out there, if it’s not going to be theatrical, getting it out on the [online] platforms as soon as possible so that there’s fresh, new content out there. So very busy with doing those types of deals.”

Of course, lawyers, like the rest of us, are dealing with the fallout from new hobbies and spending so much time at home. Cohen, who’s taught himself how to play harmonica during quarantine — “a client and friend bought me a great harmonica,” he says — has also gotten intimate with the refrigerator in his kitchen.

“I’m getting back to my Chunk weight,” he quips, a nod to the chubby geeky character he plays in “The Goonies.”

“I went from Chunk to hunk and now I’m sliding back into Chunk,” Cohen laughs. “I’d look for representation again as an actor, but, you know, the agents are way too smart to sign me.”

Geoff Mayfield contributed to this report.

Tue Jul 14 , 2020
— Recommendations are independently chosen by Reviewed’s editors. Purchases you make through our links may earn us a commission.   The deadline to file federal taxes has finally arrived—it’s Wednesday, July 15 FYI—meaning if you haven’t yet completed your forms, now is the time. While tax season is often stressful no matter when you file, getting your documents […] 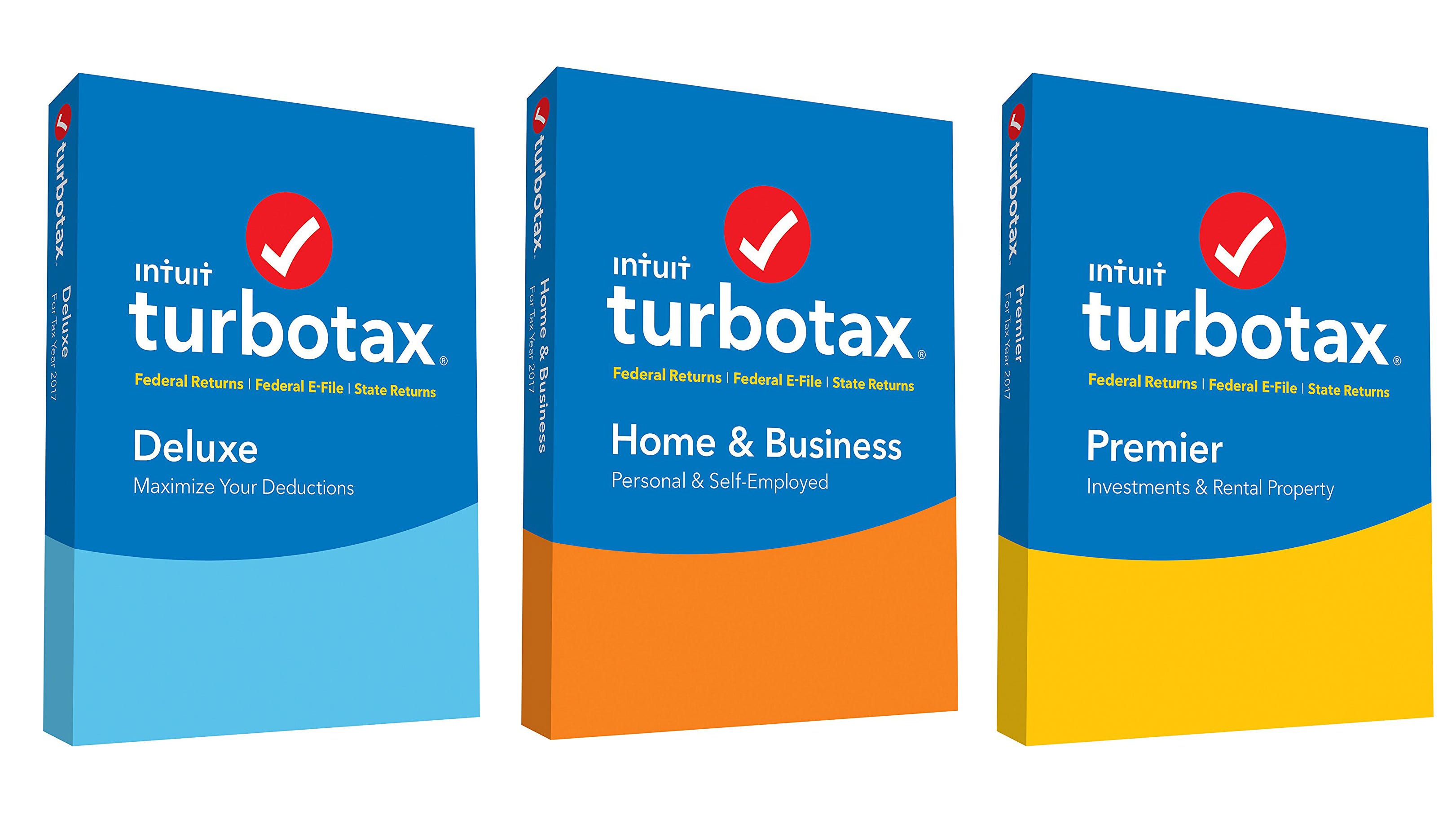