Ahead of the antitrust hearing that’s due to take place later today, the opening statements from the CEOs of Apple, Google, Amazon, and Facebook have been published on the House Judiciary Committee’s website. Ranging in length from four to eight pages, the statements give us our best look yet at how Tim Cook, Sundar Pichai, Jeff Bezos, and Mark Zuckerberg plan to defend their companies from this latest wave of antitrust scrutiny, and accusations that some of their actions harm consumers and stifle competition.

There are a lot of similarities between the four statements which you can read in their entirety here:

For example, they all make appeals to American patriotism (“The rest of the world would love even the tiniest sip of the elixir we have here in the U.S,” Bezos claims), and talk about the benefits their products offer to consumers, as well as small businesses. All four insist that, contrary to popular belief, they do in fact face intense competition, and that their success is far from guaranteed.

Here are the major arguments the CEOs make in their opening statements:

All: We face intense competition

One of the major points each CEO makes at length is how much competition they each face, despite their apparent dominance. Jeff Bezos, for example, points out that Amazon’s business accounts for less than 4 percent of the overall retail market in the US, and that it’s increasingly facing competition from more established competitors like Walmart and Target, which offer services that Amazon can’t compete with.

“Walmart’s online sales grew 74% in the first quarter. And customers are increasingly flocking to services invented by other stores that Amazon still can’t match at the scale of other large companies, like curbside pickup and in-store returns.”

Here’s Apple’s Tim Cook, talking about the competition it faces from Android manufacturers:

Apple does not have a dominant market share in any market where we do business. That is not just true for iPhone; it is true for any product category.”

Sundar Pichai’s defense of the competition Google faces is especially interesting, considering the monopoly it’s widely considered to have in online search.

“People have more ways to search for information than ever before — and increasingly this is happening outside the context of only a search engine. Often the answer is just a click or an app away: You can ask Alexa a question from your kitchen; read your news on Twitter; ask friends for information via WhatsApp; and get recommendations on Snapchat or Pinterest. When searching for products online, you may be visiting Amazon, eBay, Walmart, or any one of a number of e-commerce providers, where most online shopping queries happen.”

Pichai also notes that Google faces competition in the digital ad market, though without specifically mentioning Facebook. Zuckerberg, too, claims that Facebook faces competition, including from international competitions “that have access to markets that we aren’t in.”

All: Our products are useful and loved

Fundamentally, all four CEOs write that the products their companies offer are useful (and certainly not harmful) not only to consumers, but to other businesses.

Tim Cook, for example, points out that the iPhone has a 99 percent satisfaction rating in customer surveys, and that the company invests in developer tools that are “not only powerful, but so simple to use that students in elementary schools can and do make apps.”

For Sundar Pichai, Google’s benefits are felt by customers who get access to free services like Search, Gmail, Maps, and Photos, and he also argues that Android has allowed cheap smartphones to come to market. He argues that small business owners have been able to use Google’s services to offer online services and stay afloat during the pandemic.

Bezos says that Amazon marketplace has “helped many thousands of sellers grow their businesses on Amazon,” and that the company tries to offer new services to customers before they even know they want it.

“We are internally driven to improve our services, add benefits and features, invent new products, lower prices, and speed up shipping times—before we have to. No customer ever asked Amazon to create the Prime membership program, but it sure turns out they wanted it. And I could give you many such examples.”

Finally, Zuckerberg notes that Facebook’s services help “millions of businesses connect with customers” as well as helping customers to keep in contact with each other.

But as well as these more general defenses, each CEO takes time to defend its company against specific criticisms that have been leveled at them by their critics.

For Amazon, a key recent criticism has been the treatment of its workers, which has intensified recently as the company grapples with the COVID-19 pandemic. But Bezos argues that Amazon pays its workers well, and that it invests a lot of money in training them.

“The trust customers put in us every day has allowed Amazon to create more jobs in the United States over the past decade than any other company — hundreds of thousands of jobs across 42 states. Amazon employees make a minimum of $15 an hour, more than double the federal minimum wage (which we have urged Congress to increase).”

Bezos also says Amazon is spending over $700 million on training its employees, and that its investments have created almost 700,000 indirect jobs in areas like construction.

Apple knows that its App Store policies are going to be heavily scrutinized, but it argues that its guidelines are applied equally to all developers, and that they “ensure a high-quality, reliable and secure user experience.”

In particular Apple has come under fire for the 30 percent commission it charges for purchases made through apps distributed through the App Store. However, Tim Cook argues that these commissions are lower than its competitors, as well as the services that existed prior to the App Store.

“After beginning with 500 app, today the App Store hosts more than 1.7 million — only 60 of which are Apple software. Clearly, if Apple is a gatekeeper, what we have done is open the gate wider. We want to get every app we can on the Store, not keep them off.”

One of the more interesting sections of Zuckerberg’s opening comments is where he defends his company’s acquisitions of Instagram and WhatsApp, two acquisitions that some critics claim allowed Facebook to swallow its burgeoning competitors and consolidate the market. Zuckerberg, however, says that the image-sharing and messaging service only became dominant because they had access to Facebook’s vast resources.

“Following its acquisition, Instagram was able to get help stabilizing infrastructure and controlling runaway spam. It also benefited from the ability to plug into Facebook’s self-serve ads system, sales team and existing advertiser relationships to drive monetization, and was able to build products including IG Direct and IG Video that used Facebook’s technology and infrastructure. Before it was acquired, WhatsApp was a paid app with a reputation for secure communications; together we built on that by introducing end-to-end encryption and making it free to use. Since its acquisition, WhatsApp has also been able to develop products such as voice and video calling that were built on Facebook’s technology stack.

“These benefits came about as a result of our acquisition of those companies, and would not have happened had we not made those acquisitions.”

As well as talking about Facebook’s acquisition of Instagram and WhatsApp, Zuckerberg’s opening remarks contain yet another call for more regulation for Facebook.

Finally, as America reckons with China’s increasing prominence in the international tech landscape, Google’s Sundar Pichai says that its Google’s investments that will allow the US to maintain its lead.

“Every year, we are among the world’s biggest investors in research and development. At the end of 2019, our R&D spend had increased almost 10 times over 10 years, from $2.8 billion to $26 billion. We’ve invested over $90 billion over the last 5 Years.

Through these investments, our teams of engineers are helping America solidify its position as the global leader in emerging technologies like artificial intelligence, self-driving cars, and quantum computing. For example, last fall, our team of researchers based here in the U.S. was the first to reach a quantum computing milestone, a discovery that could eventually lead to new breakthroughs in medicine and more efficient batteries.”

The four CEOs will testify in front of congress later today.

Facebook's New App E.gg Is Nostalgic for the Old Web

Tue Aug 4 , 2020
Read: The tech companies already won In that context, E.gg is fun to look at, but it also scans as a rhetorical exercise to prove a point. When I reached out to Facebook to hear more about why E.gg was created, I was directed to a recent report—commissioned by Facebook—showing […] 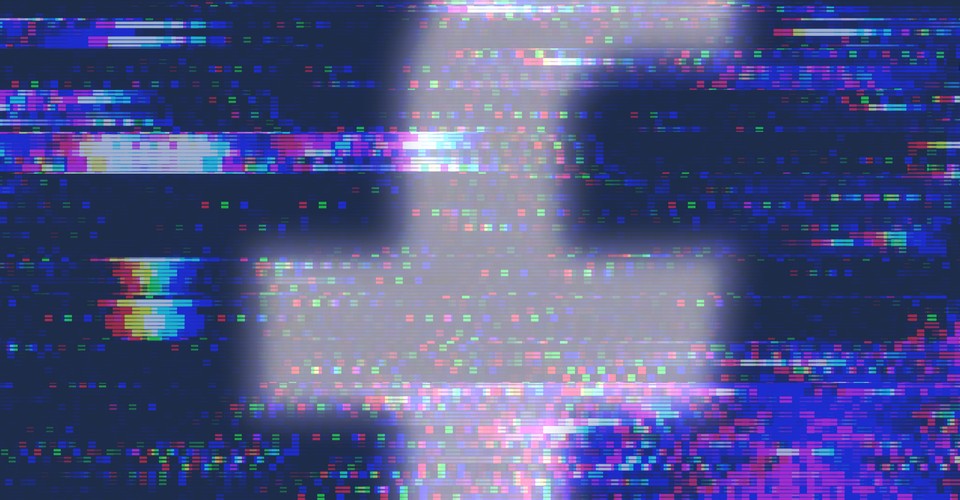