You might think of beekeepers as mere honey producers, but they are part of a growing trade where they lease their hives to farmers who need bees to pollinate their crops.

The commercial bee industry provides pollination services worth tens of billions of dollars, and is key to the production of a huge range of crops, including almonds, broccoli and apples. California, for example, produces 80% of the world’s almonds, and for that to happen, pollen needs to be transferred between trees. Each year, more than 2 million bee hives are required to do the job.

Climate change, intensive agriculture, and the use of pesticides and fungicides in farming is ravaging the world’s bees. Commercial beekeepers in the United States lost 44% of their managed colonies in 2019, according to research from the University of Maryland.

Now, technology startups are developing smart devices that give beekeepers access to detailed information about the state of their hives, aiming to reduce losses and improve bee health.

Among them is Ireland’s ApisProtect, which has just launched a sensor that alerts beekeepers if there is a problem in their hives.

The small internet-connected sensor is placed under the roof of the beehive and measures a number of metrics including temperature, humidity, sound and movement. Data from the sensor is sent via the cloud to ApisProtect’s HQ in Cork, Ireland, where the data is processed, analyzed and then sent back to the beekeeper.

Since receiving $1.8 million in funding from international investors in 2018, the company has been working with 20 beekeepers across the United States, Ireland, the United Kingdom and South Africa to monitor the activity of up to 20 million honey bees.

The information collected from the 400 smart sensor units is creating a database of global bee health, powering the algorithms that analyze its data.

With bees in demand for a booming pollination industry, there are a number of other startups promoting new technologies, including Pollenity in Bulgaria, Arnia in the United Kingdom and BeeHero in Israel.

Pollenity was founded in 2015 by Sergey Petrov and has raised $1.2 million in funding. Its Beebot smart sensor device is aimed at small and hobbyist beekeepers, and it is also working with six universities from across Europe on an EU-funded research project called HIVEOPOLIS.

The project aims to improve the welfare of bees by reinventing hives using a number of technologies, including a robot bee capable of “dancing” to direct the hive’s swarm.

“The robot bee will tell the other bees where to go to find nectar and pollen,” Petrov says. “Not only will this direct them to certain fields for pollination but also navigate the bees away from dangerous areas, like where pesticides are being used.”

Petrov says there are also plans to build technology to detect whether a bee has been poisoned by coming into contact with pesticides.

For him, securing the future of the honey bee is one of the world’s greatest challenges. “If we don’t harvest the technology to work in our favor, we might as well just give up,” he says, “and I’m not giving up.”

How Software Is Eating The World

Thu Oct 15 , 2020
JFrog opens NASDAQ. JFrog JFrog, which operates a platform that manages the deployment and versioning of software, launched its IPO today. The company issued 11.6 million shares at $44 each, which was well above the initial range of $33 to $37. The stock price ended the day up a sizzling 47% to […] 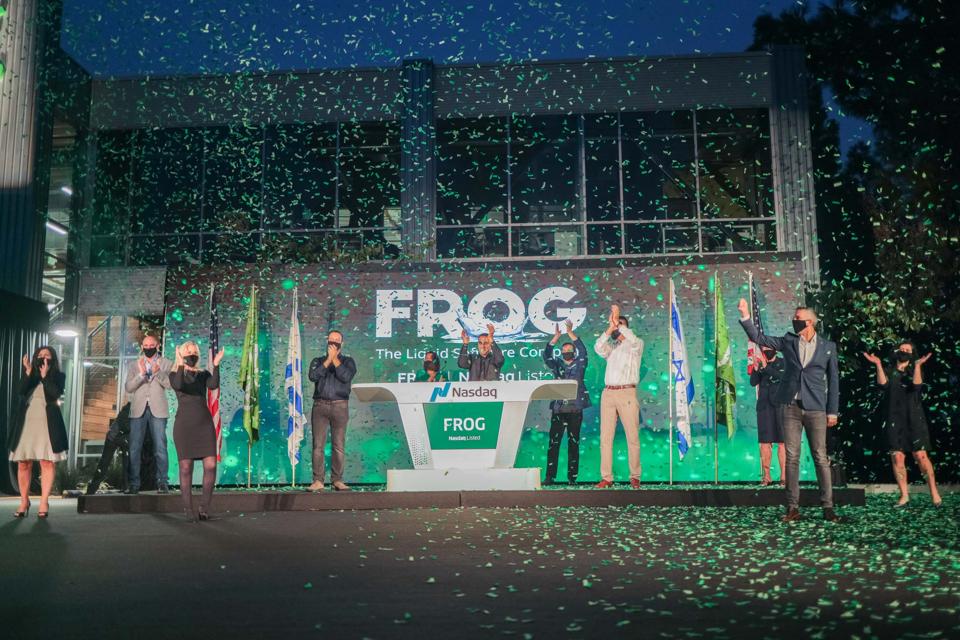