In September 2001, Nkechi Okoro Carroll was working at the Federal Reserve Bank of New York. Her offices were right down the street from the World Trade Center, and after the towers fell, she had to figure out how to “keep one of the world’s strongest economies going,” all while dealing with concerns about “how do we keep our employees safe, and how do we deal with things from the mental health perspective and how do we resume?” she recalls.

It was a moment in her career that required a pivot unlike any other. But then the COVID-19 pandemic broke out, shutting down businesses and forcing everyone to shelter in place across the globe. Okoro Carroll, now running the CW’s “All American,” found herself facing many similar questions, just in a different industry.

“The things we had to put in place, the things we had to consider, there are things that are still in place today,” Okoro Carroll says of the practices she worked on in the aftermath of 9/11. “That is the same mindset I am using [now]. There are some things that will forever be changed, and ultimately for the better of production.”

One of the first post-pandemic pivots was to move as much as possible online. For writers’ rooms such as Okoro Carroll’s, that meant using video meeting software to collaborate, while for networks such as ABC, it caused a surge in remotely produced specials. Variety also shifted its events strategy, turning its annual TV Summit into its inaugural Virtual TV Festival.

Taking place June 23-25, it is an event borne out of the need to respect social distancing after the COVID-19 pandemic swept the globe, but it is one that takes on even more weight as #BlackLivesMatter protests in the wake of Breonna Taylor, George Floyd and other murders continue. Okoro Carroll, in addition to industry leaders such as Padma Lakshmi, ABC Entertainment president Karey Burke, ViacomCBS Domestic Media Networks’ Chris McCarthy, Monami Prods. CEO Mona Scott-Young and uber-producer Greg Berlanti will take part in panels about sweeping industry changes, as well as spotlight specific series.

“There’s obviously no way I could have imagined that it would be coming out under these conditions,” Lakshmi says of her new Hulu show “Taste the Nation.” “But I do think the show can be a salve. I think shows like this that I grew up with were a salve to me because it allowed me an escape, it allowed me to understand different communities and cultures that I may not have been exposed to otherwise. Not everyone has the means to travel all over the country and experience these things firsthand so I do hope the audience can vicariously have a trip through what I’m doing. ”

Two weeks ago, productions were cleared to resume shooting in Los Angeles on June 12. That did not speed up a shift back to in-person filming for most series, though, as there were yet to be any widely agreed upon rules and regulations for those working on sets, where cast and crew can often number in the hundreds, working in very close quarters.

“The thing we’re waiting for the most is Warner Bros., which has been in conversations — as I know every studio has — with all of the unions, and for all of them to give us the results of the white paper,” Berlanti says. “Truthfully, I don’t know any showrunner from any studio that has been a part of those conversations yet. So I keep everything as hearsay until Warner Bros. calls and says, ‘We’ve got something for all of your showrunners to look at.’ What the representatives of the different guilds have to say about safety really has to come first.”

Earlier in June, the protests also began, and the industry at large had to consider what else needed to be done for people to feel they were going back to work in a safe but also inclusive environment.

“They’re both deep, deep considerations and they challenge us in different ways,” Burke says. “The pandemic really challenged us in terms of practices of execution — how we make shows — and the fight for racial and social justice is about what we put in shows and who is making those shows. We have to rise to both. If we aren’t learning from these situations about how to make our programming better, we aren’t doing our jobs.”

ABC adopted an “eventized” approach to programming long before the pandemic, and Burke publicly committed to one big, multi-quadrant-friendly live event per month at the beginning of the year. “For us it was a very quick and easy pivot to, ‘OK, what can we do that is an event for families stuck at home across America that no one else can do?’” Burke says of airing virtual events such as “The Disney Family Singalong” and the remotely produced final episodes of “American Idol.”

Scott-Young rallied her team to make sure “when this lifted we had enough projects in the pipeline that hopefully we could turn around with whatever new procedures and protocols we will have to adhere to,” she says. “We need to be nimble; we need to be smart; we need to be creative.”

In the scripted space, Scott-Young notes that there are many shooting and editing techniques “that allow you to create engagement amongst actors within scene work” even if they are not standing within six feet of each other. But in her unscripted world, “group scenes where people are in proximity to each other” are essential to storytelling.

This is only one of the challenges content creators have been facing.

Another, according to Burke, is making “our entertainment look different from what we’re experiencing” every day with video meetings that force us to stare at people in a box on a screen. For others, as Berlanti puts it, it has been about adjusting to the amount of focus needed for the new way of working. And for just about all, it has included “trying to keep staff employed” with new remote production limiting the amount of crew being used, adds Scott-Young.

And then there is the question of the inflection point of virtual content, especially as regularly produced projects resume in certain parts of the world.

But what is resoundingly clear is that the impact of the past few months will be felt on content for years to come.

“There’s going to be a real revolution in how we all continue to work when this is all said and done, so we can get a little more life out of our world and a little less work out of it,” Berlanti says.

One shift Scott-Young has already seen that she hopes continues even when social distancing orders cease is the “accessibility of getting in front of the right people to pitch” via video meeting software. This happened quickly as the business needed to go on amid a health crisis. But social injustice is its own pandemic, and it is one that has inspired much slower progressive steps in the past.

“We are seeing people actively addressing and engaging in conversations in a way that I would like to believe that change is going to be inevitable,” Scott-Young says. “Whether that results in hires, whether that results in different conversations that happen within the buildings, we need to see people of brown and black skin and experiences and sensibilities at the table and in the decision-making process.”

Tue Jun 23 , 2020
The past few weeks have seen a change in our collective consciousness like never before. We’re standing up, speaking out and more motivated than ever to incite change. Inequality has always existed, of course, but now it’s finally being broadcast in the news and on our social media feeds. So […] 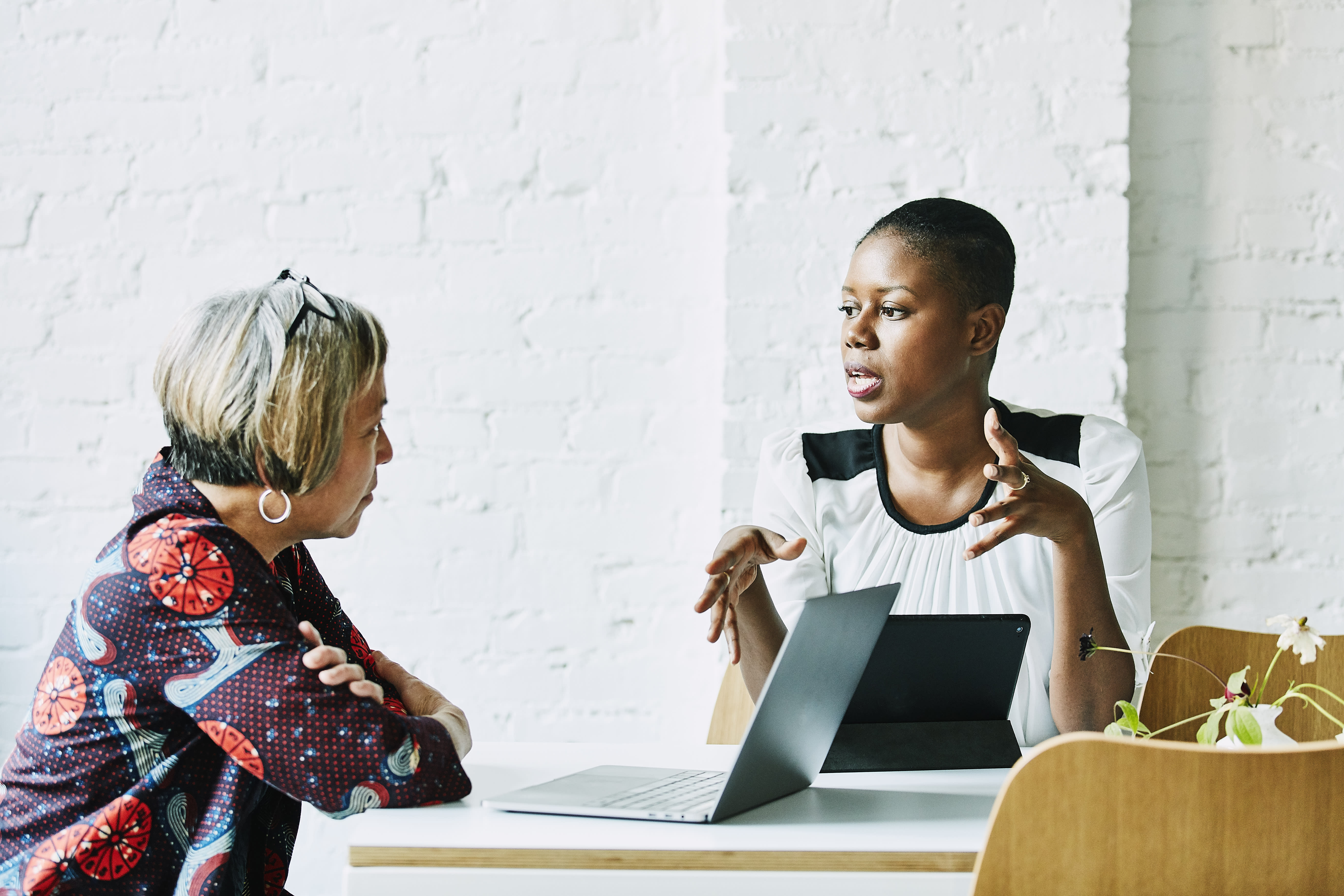