It has been one of the most challenging election years in a century: A deadly pandemic upended normal voting in state-by-state primaries, and a rapid expansion of mail-in ballots struggled to meet demand — problems exacerbated by the decadeslong hollowing out of the Voting Rights Act and new, Republican-backed lawsuits to restrict ballot access.

And yet: Overall turnout among voters casting ballots for Democratic presidential candidates so far this year has already surpassed primary season levels in 2016, as did fundraising between April and June. Democrats are nearing the record numbers set in 2008 on both counts, even though the marquee 2020 race, for the Democratic presidential nomination, largely ended in March with Joe Biden as the presumptive nominee.

Roughly 34 million Democrats have already cast their ballots in 2020, and major states like New York, New Jersey and Connecticut have yet to report official results, meaning the number will most likely be millions more. By contrast, in 2016, just under 31 million Democrats voted in a more contested presidential primary race; in 2008, more than 37 million voted in the primaries.

The apparent energy in the Democratic base could foreshadow significant turnout in the November general election, even as the coronavirus continues to scramble the political process. The trend is especially notable in some traditionally Republican states like Texas, Georgia and Arizona, as well as Democratic-leaning states that Republicans often contest, like Virginia.

There is ample evidence of enthusiasm among the Republican base, too. Despite President Donald Trump’s lack of a serious challenger within the party, more than 14 million people have voted in Republican primaries, according to data from The Associated Press. That is nearing the 18 million ballots cast in the contested 2012 Republican primary and outpaces turnout in 2004, the last time there was a Republican incumbent. The Trump campaign received 725,000 individual donations online in the second quarter, which campaign officials boasted was rare in Republican politics.

As for the impetus of the energy coursing through the Democratic electorate, political analysts point to the prospect of getting Trump out of office as the core reason for voter engagement.

“The intensity around ousting Donald Trump, which we saw on full display in 2018, has not waned one bit,” said Amy Walter, the national editor of the nonpartisan Cook Political Report. “That enthusiasm in coming out to vote is saying, ‘I’m letting everyone know that I am showing up now — in a primary that’s over and in a pandemic — to send a signal that I am going to show up in November.’”

For Democrats, 20 states have surpassed 2016 turnout levels, and multiple states that haven’t yet certified results are likely to join them. Nine states have surpassed 2008 levels. On Tuesday, Texas Democrats obliterated the record for turnout in a Democratic statewide runoff election, with an unofficial tally of 955,735. The previous record, set in 2018, was 432,180.

Georgia, one of the few states to mail ballot applications to all its registered voters, saw nearly 1.3 million people vote in its Democratic presidential and Senate primary in June, even though Sen. Bernie Sanders of Vermont had already dropped out of the race. It was a 68% increase in turnout from 2016, and a 20% increase over 2008.

“One inference you can make is that getting the absentee ballot applications made it easier, and more people decided to vote by mail,” said Trey Hood, the director of the Survey Research Center at the School of Public and International Affairs at the University of Georgia.

Hood said that about half of the primary voters in Georgia this year did not vote in the 2016 primary, and that around 50% of ballots cast this year were absentee. In 2016, just around 2% were absentee ballots.

Numerous studies have found that voting by mail has not traditionally favored one party over the other. But as the president falsely denounces the process as “corrupt,” Democrats around the country are requesting ballots at a far higher rate than Republicans are.

In Pennsylvania, for example, Democrats have requested more mail-in ballots than Republicans have in every county in the state. In Michigan, some supporters of the president burned absentee-ballot applications in a sign of protest.

The suburbs, even in traditionally red states, are also seeing an increase in Democratic turnout, continuing a trend that began in the 2018 midterms. In Texas, both Denton and Collin counties, traditional Republican strongholds north of Dallas, saw the number of Democrats voting in 2020 surpass 2008 levels and more than double 2016 levels.

In Virginia the suburbs witnessed a similar surge, with Loudoun County, just outside Washington, D.C., doubling its 2016 turnout. Nearby Fairfax and Prince William counties, two of the largest in the state, saw a roughly 70% increase over 2016.

A few states have seen a major drop-off in turnout in 2020. While some of that can be attributed to a less competitive presidential primary, states that weren’t adequately prepared for the pandemic were also deeply affected. Illinois, which held its primary on March 17, just as the coronavirus crisis was beginning to take hold in the United States, made few preparations, forcing polling stations around Chicago to shutter at the last minute because of a shortage of poll workers. In previous election years, turnout in the state was around 2 million; this year around 500,000 fewer votes were cast.

The state with the biggest decrease, Ohio, changed its election date multiple times because of the pandemic, the result of a clash between the governor and state Legislature.

Some of the higher turnout in Democratic primaries can also be attributed to the decision by at least six states, including Washington, Minnesota and Colorado, to switch from holding caucuses to more traditional primary elections. Primaries tend to be more accessible for voters who might not have time to caucus for hours in a day.

Democrats up and down the ballot are also setting records with their fundraising. After months in which the Trump campaign’s fundraising numbers dwarfed those of the Democratic primary candidates, Biden outraised Trump in June by $10 million.

That same dynamic is at play in several Senate races. Amy McGrath, the Democratic nominee in Kentucky running against Sen. Mitch McConnell, the Senate majority leader, has already raised $41 million, $17.4 million of which came in the second quarter of 2020. Jamie Harrison, the Democratic challenger to Sen. Lindsey Graham in South Carolina, raised just under $14 million in the second quarter, while Mark Kelly, who is running against Sen. Martha McSally in Arizona, raised $12.8 million.

Such fundraising numbers, backed by a significant volume of small-dollar donations (which accounted for over 60% of both McGrath’s and Harrison’s second-quarter haul), have smashed previous records for this point in the cycle. In the post-Citizens United era, the previous record-holder for second-quarter fundraising by a senator during a presidential cycle was Elizabeth Warren of Massachusetts, when she brought in $8.6 million during her race against Scott Brown in 2012.

Even record-setting Senate candidates from 2018, like Beto O’Rourke of Texas, have been surpassed by the top fundraising Democrats in 2020. O’Rourke had raised around $10 million during the second quarter of 2018, while the state saw an 18% increase in voting turnout that year.

This cycle has also experienced an uptick in out-of-state donations fueling competitive Democratic primaries, said Sheila Krumholz, the executive director of the Center for Responsive Politics.

The nationalization of donations, she noted, was amplified by ActBlue, the Democrats’ widely used and readily available fundraising software. When local races turn into national causes, such as ousting a loathed incumbent or backing an insurgent challenger, the ease of donating digitally across state lines has significantly increased cash flow.

Walter, of the Cook Political Report, noted that as politics has become increasingly nationalized in the Trump era, it’s often the candidates, rather than geography, driving voter enthusiasm, especially among Democrats. “Who you’re running against is almost as important as where you’re running,” she said. 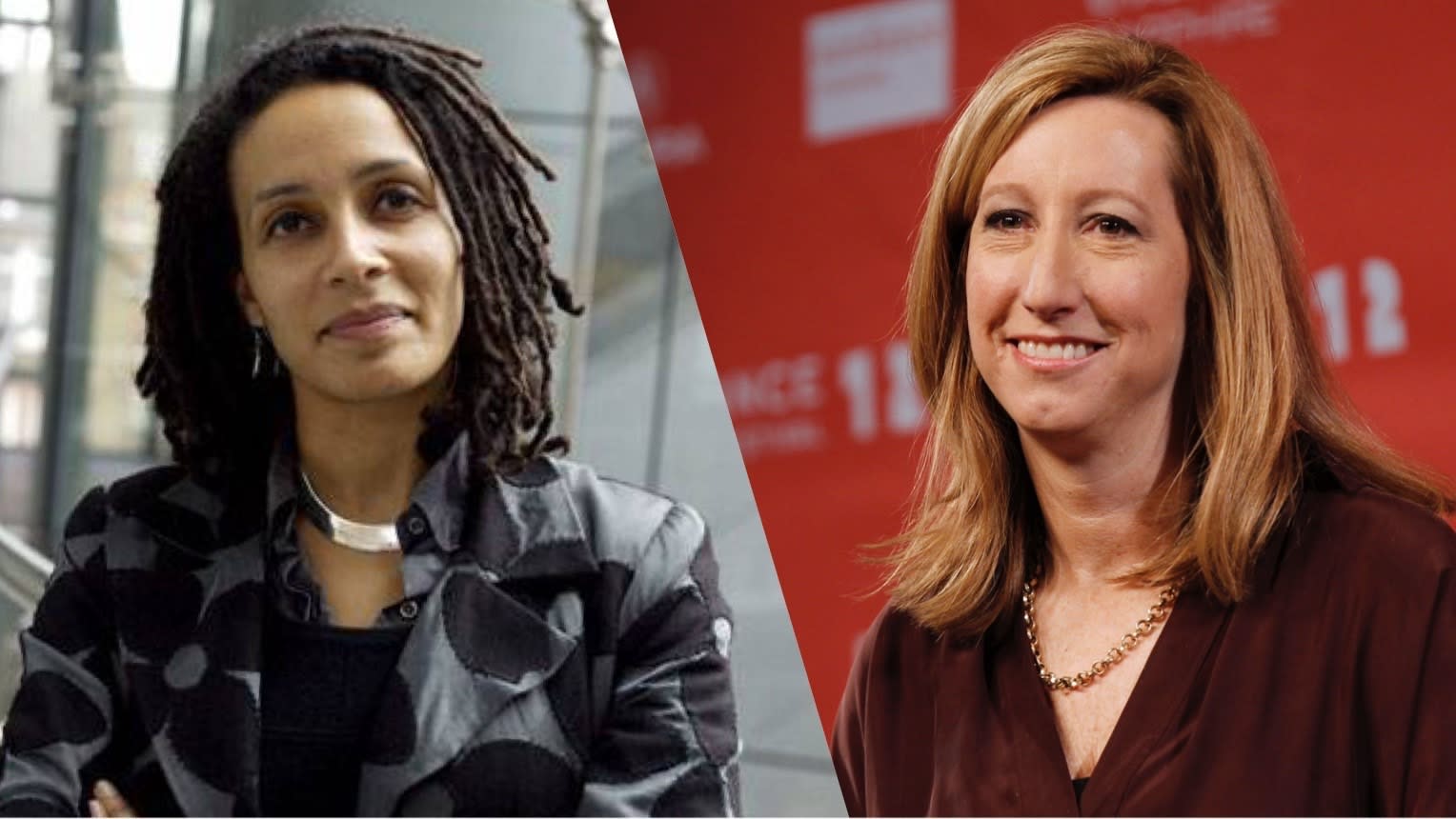